The ones society sought to erase
From their narratives.
Invisible girls who bloom into magnificence
where no one can see them.
Their petals reach far and wide beyond man-made fences,
yearning to be held
But meet only the thorns
Of creeping hands and lecherous gazes,
Envy and disdain, indifference and blame.

They wrap invisible girls in black curtains,
Shut the windows around their bodies,
Press their fingers against their lips
Pay for their silence.
Keep quiet, they say.
Your body is a loaded gun,
We need no triggers here.

Sometimes the problem is that invisible girls
Are too visible, too powerful, too fierce.
The world likes to box them in to contain them.
Your beauty is a silhouette, they lie,
to manage their storm.
We crown only suns.

Your soul is a maze, easy to get lost in, we can’t keep track
of what you call home. We don’t know where your beauty belongs.
Glorious and unusual, but you are not welcome,
They whisper. It’s not like the beauty we’re used to,
we cannot accept you.
But there’s a tremor in their voices,
an uncertainty in their gaze,
as if to turn their eyes away
from the eclipse.

The beauty of invisible girls
is treated like a crooked house, filled with only lanterns and tiny flames
Lighting the way, but no one dares to climb the darkness
Fifty stories high just for the splendor of the view.
Invisible girls
are either too much or not enough
so they melt their words into wax,
blowing them out like candles before they’ve even begun to ignite,
treating their thoughts like black holes rather than stardust.

Invisible girls are so larger than life
they are taught to hide themselves,
trained to become the shadows lurking on the walls.

Invisible girls cradle unspoken truths in their mouths,
Choke back the broken promises
In the back of their throats

As they watch their more esteemed sisters become
Homecoming queens, as they swallow the lies they are fed
About their worthiness, equating their beauty to their value
and their womanhood to weakness.
As they learn to smile through infinite violations and transgressions,
invisible girls shrink, dim their light, play small,
learn the art of biting their tongues.

They forget they are the ones who bring forth powerful verses
Create new worlds with just their hands.
But for years, they watched others star in the stories they’ve written –
using their scars for their own gain.
Invisible girls are the bearer of secrets
Ones that could expose everything –
How the hierarchy is built on glass houses
Just waiting to be shattered by their footfall.

But you have to know this.
Invisible girls eventually awaken from their deep slumber.
One day, they will all dare to take up space.

Invisible girls will rewrite the stories others have written for them —
Transform the rage buried in their throats
Into gold.
They will leave the cages that were forged for them
So their bodies can finally dance
in the spaces they were once shunned.

One day their uncommon beauty will be allowed to grow, tangled like vines
Feasting on the very walls that once contained them.
Their strength will be unyielding,
When they realize the world turns for them too.

One day they will flee
Into the forests where they were birthed,
Reclaim their abundance.
Breathing in the light for the first time, they will soak up the moon
Greeting them through the gaps between wild trees.
They will bathe in the water that was always theirs,
Drink in their reflection,
Finally quenching their own thirst
Rather than catering to everyone else’s hunger.

For so long, invisible girls have felt the fire in their bones
watered down by the disappointment of knowing their gifts were not seen,
their voices were not heard, their stories not read.
They bore witness in silence, watched as others who met some arbitrary ideal
were chosen to represent what beauty and power meant.
Now it is their turn. It is time for invisible girls to inherit the earth.

One day, they will howl at the full moon,
unearth their crowns
dethrone their oppressors and
finally see themselves in the stars.

Invisible girls will learn when they are no longer imprisoned
That the bars surrounding them
were never meant to trap what no one wanted to see.
Rather, they contained the light everyone was fearful of.

The world made cages out of their spirits, their hearts, their bodies —
So that invisible girls could never learn the power of their visibility.

There is raw magic when
Invisible girls finally get their reckoning.
When they are seen, when they are heard,
When their stories are finally told —
Their minds bear a universe
No man can hold. 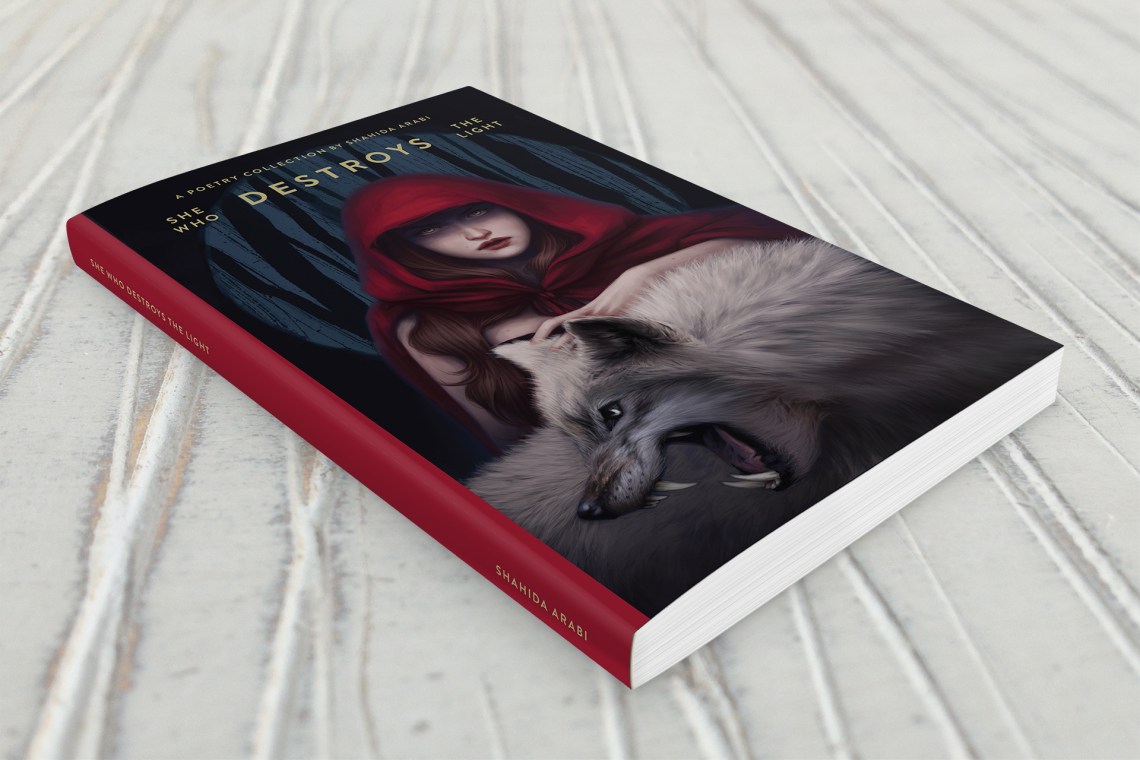 Like this poem? Check out more poems like this in She Who Destroys the Light: Fairy Tales Gone Wrong.

Shahida is the author of Power: Surviving and Thriving After Narcissistic Abuse and the poetry book She Who Destroys the Light. She is a staff writer at Thought Catalog. Follow Shahida on Instagram or read more articles from Shahida on Thought Catalog.

Your Reaction To My Body Is Not My Problem

Your Body Is Yours, Don’t Let People Tell You Otherwise

The Painful Things We Teach Our Daughters

7 Ways To Stop Being The Invisible Girl

I Put Up Walls…You Loved Me Anyway