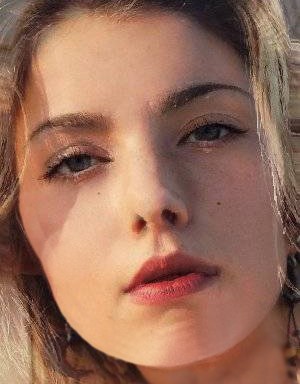 Just because you are deeply upset, that doesn’t mean it’s ok to lash out all those negative feelings and vampire rage on the people that surround you. Because of your strong personality, sucking out energy from other people is very easy for you to do.

Since you hate being perceived as vulnerable or highly emotional, dealing with strong feelings only gets you to want to hide away in a black hole and try to deal with your own bag of drama by yourself.

Sitting in your own pond of misery, thinking of the world as good and bad and having no damn clue what to pick. Your inner debate, Gemini, is that of good vs evil, funny things is that you keep tucking people into it, and that, every now and then, gets a bit tiring for everybody.

Introverted AF, cancers usually like to sit in their own shell without bothering others with whatever drama they have on their minds, they need support and affection from their friends when things get rough, but they just don’t know how to ask for it.

When it’s drama, the Leo wins the lottery. We don’t know how they do it, but they do it very well! In case the spotlight is not on them, run for your life. Seriously, run. They will go on and on for hours about how life isn’t fair to them, how they are a victim of you-are-not-the-center-of-the-universe, please get over yourself.

When Virgo’s get emotional, they tend to want to be left alone to wallow in their sadness pit. Just that, from time to time, they kick the tissues box and they go looking for someone who can be an easy therapist for them.

When Scorpio becomes all mooshy and creamy on the inside, as hard as it is for them to show their emotions, they will still steer it violently at you. Why? It’s just their way of coping it and blaming everybody else except themselves that the world in unfair.

Sinking to rock bottom in depression is easy to get to a Sagittarius if they feel alone. There’s not much that you can do, even the smallest trigger can make this sign go severe on depression highway.

An over thinker by nature, Capricorns tend to dwell all the bad shit in their lives mentally. When they can’t take it, the lean into substance abuse just to make it easier to pass through difficult times. And will a little help from their friends, they will break it until they make it.

When an Aquarius is unhappy, they start worrying everyone around them with things that sometimes are smaller and way more insignificant than they look and feel like. But their special skill is to make a bull out of an ant.

Trying desperately to escape responsibilities and refusing to grow up will turn them into a ball of anxiety. They can get neurotic and over obsess over every bad things that took place since the day they were born up to the present. And, sometimes, the future goes down that slope too.

Samantha King is a professional Astrologer and life coach from California, currently based in London. She likes pep ...