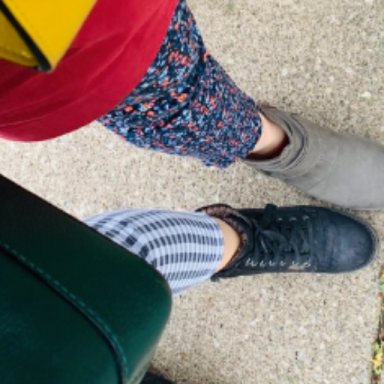 By Saba May Updated April 24, 2021
Photo by Tim Marshall on Unsplash

By Saba May Updated April 24, 2021
Photo by Tim Marshall on Unsplash

I’ll show him what love is, and he’ll be saved because of it. Doesn’t it always start that way? With a desire to save the damned, to shine light on darkness—to change a man?

It’s the trap laid out for the idealist, a trick of romantic tragedy. Somehow, someday, a depressive and narcissistic man waltzes into the life of an unsuspecting empath. She’s never seen a creature quite like him: unable to be truly satisfied, detached from all emotion, able to use others at his disposal, willing to abandon anything and anyone who plays one wrong note. Swifter than a stroke of lightning, she decides she’ll be the one to change him.

Soon, they’re an inseparable pair—the narcissist exudes a chilly anhedonia that frightens and fascinates her, and the empath provides a wellspring of love and support that, in her mind, he must have never experienced before. She’s convinced their connection is unique and has a depth unlike any other—little does she know, he feels no depth at all. The emotive capacity of the narcissist is shallow as the lakeshore; the empath, on the other hand, is willing to drown in the ocean’s depths to save the narcissist—and the narcissist will gladly let them.

When an empath falls in love with a narcissist, it isn’t because they think he is a good, or even a kind, man. It isn’t because he is funny, or charming, or handsome. An empath falls in love with a narcissist because he evokes the feelings of loss, pain, separation, and possibility that they couldn’t reconcile in their past. The narcissist will provoke all sorts of latent fears in the empath—as the relationship progresses, he will withdraw; the empath will draw nearer, and he will move farther away.

The empath never receives love, only reward—if she plays her role correctly, she’ll have his ephemeral attention and approval. If the empath misinterprets what the narcissist wants, he will punish her by ignoring her, invalidating her, and ultimately, abandoning her.

Because how is it that, despite their emotional acuity, despite their depth of intuition, and despite their gifted understanding of human nature, they still ended up caught in the trap of the narcissist? How is it that the empath invests all of their love into a black hole, preferring to avoid the good men who could truly love them, only to put their neck between the teeth of someone who will inevitably bite down?

Perhaps they feel they deserve it, that this trauma bond with a narcissist is all they deserve. Or maybe they feel that if they can be a successful martyr, it means they have a cause to fight for—une raison d’être. But you can’t fight for the wind to blow westward alone. You can’t fight for water to take shape, or for snow to collect in only one crevice. And you can’t change a man.

You can’t make someone love you when they have no love to give. An empath can’t make a narcissist love them, and that’s all I’ll ever know.

You can try until your face turns blue, you can lament the laws of physics, but you can’t change a man.

Here Is Why The Strong, Introverted Empath Always Ends Up With The Extroverted, Narcissistic Fuckboy

The Beautiful Disaster Of An Empath Loving A Narcissist

This Is How It Ends When An Empath Loves A Narcissist

A Narcissist Never Changes His Stripes, He Just Changes Partners