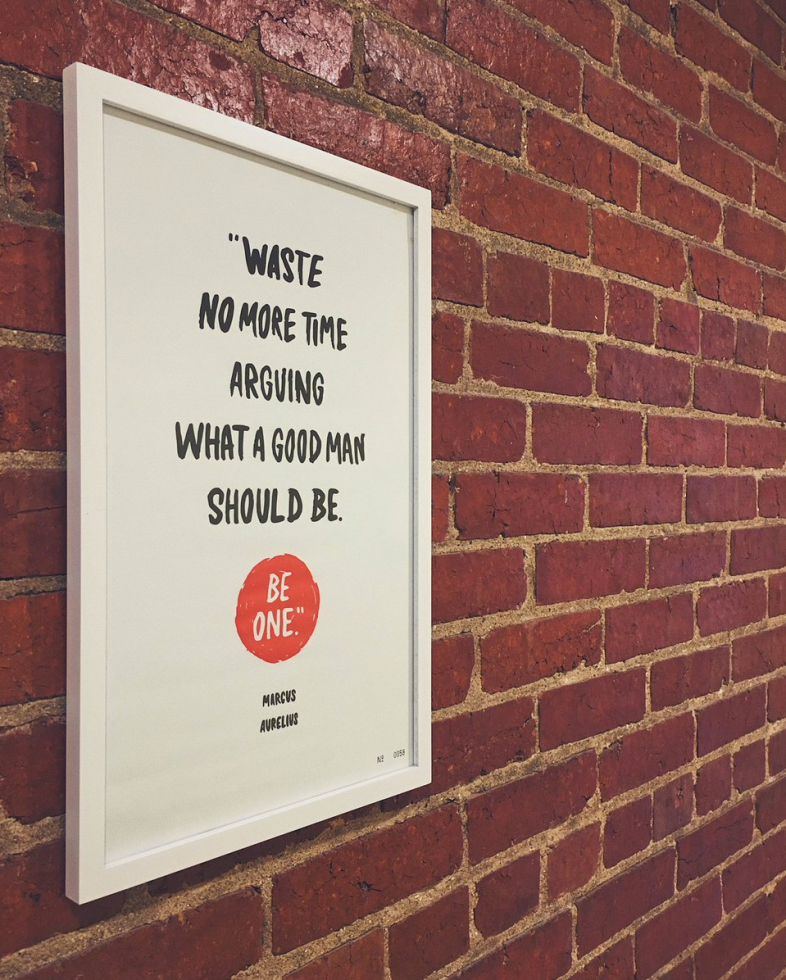 One of the most obnoxious parts of our culture today is our incessant focus on other people’s behavior instead of our own. Should Donald Trump have said this? Why did Kellyanne sit like that? Why are feminists always trying to do ______? Why are evil corporations always hurting us by doing _____? Why is so-and-so such a hypocrite? Why are [insert group we don’t like] so awful?

Why did they do this?

Here’s the real question: Have you ever subjected your own behavior to that kind of scrutiny?

I know I don’t. I’d probably collapse under the pressure.

There’s an argument that’s become popular with scientists—that the world doesn’t actually exist and we’re all living in a computer simulation. I’m not smart enough to have an opinion on if that’s true, but I can say this: If we’re going to spend all our time dissecting what other people do, if we’re going to seriously use terms like ‘optics’ and ‘narrative’ as we examine other people’s actions, what does it matter whether we’re actually in a simulation or not? We’ve already given up on reality. We’ve given up agency over our own lives and said, “Hey, I want to focus on all the things I don’t control instead of the one thing I do: Myself.”

It’s why I like a certain quote from Marcus Aurelius, written nearly two millennia ago. I like it enough that I commissioned an artist to make me a version of it I could put on my wall. It just says this:

“Waste no more time arguing what a good man should be. Be one.”

In Rome, just as America, in the forum just as on Facebook, there was the temptation to replace action with argument. To philosophize instead of living philosophically. Today, in a society obsessed with content, outrage, and drama, it’s even easier to get lost in the echo chamber of the debate of what’s “better.” We can have endless discussions about what’s right and wrong. What should we do in this hypothetical situation or that one? How can we encourage other people to be better? (We can even debate the meaning of the quote: “What’s a man? What’s the definition of good? Why doesn’t it mention women?”) Of course, this is all a distraction.

Worse, it’s a sickness. It’s a form of OCD. Not the version from TV shows that results in hyper-sterility and everything lined up in neat, little rows. Rather, the type defined by a paralyzing form of perfectionism that is as encompassing as it is unattainable. We’ve all seen examples of this in our own lives, even if we didn’t recognize it at the time. I know I have. These are the hoarders and the people in your life with all the plans in the world and nothing to show for them. Eventually, the whole artifice amasses a weight that is too great to bear any longer and it collapses under its own weight. The people who suffer from it are left trapped in the rubble.

That’s our culture today. The echo chamber has collapsed under its own weight. Our obsession with the endless, reverberating argument over the Platonic ideal of everything has compelled us to willfully ignore the reality of something so basic and singular as our own lives. And now here we are, helpless, stuck in the rubble, waiting for the dust to clear so we can see just how bad the damage is.

Except we are not helpless. We can be the type of person we demand everyone else to be. We can live those ideas to the best of our ability. Sure, it takes work and it can be hard. A blog comment about it takes a lot less effort (and means a lot less) and talking obsessively about being a good person is intoxicatingly easy. But where has that gotten us?

Turn on the news and you’ll find plenty to argue about with, seductively, no right or wrong answer. Meanwhile, it’s nearly tax season: Are you going to lie when you fill them out or pay your fair share? Pull up your Facebook feed and you’ll find no shortage of earnest people despairing over the alarming stats that hate speech is on the rise. You can join them in their lamentations, or you can make a conscious effort to be nicer, right here, right now to everyone you meet—to dig yourself out of the rubble of the echo chamber with your own two hands.

I read a headline this morning: “Why It’s Important to Recognize That “Moonlight” Was Robbed Of Its Moment.” I’m not saying those talented filmmakers weren’t robbed of a moment, but I am going to push back on whether it was important or not. Or whether it was any of our business. It wasn’t. It was an awards show. And they won! Why are we even talking about this? Why is the ‘right’ or ‘best’ way for this to happen what we are obsessing about instead of the ‘this’ itself? Why do I even have an opinion on this writer’s opinion about a moment in an awards show?

I don’t know, but I do know that I can feel a piece of rebar from the rubble of the echo chamber digging into my ribcage. I do know that I just lost my temper with someone else about something else this morning and I wish I hadn’t. Maybe if my priorities were better, if I didn’t waste so much time on the internet, it might have been different.

We’re killing ourselves here. We can talk all about how norms are collapsing and people are getting meaner and the world isn’t working the way it’s supposed to. Or we can establish some norms in our own life, be nicer and make things work at home, in our neighborhood, at the office to the best of our ability. We can rebuild, and we can do it better.

If you want to try to make the world a slightly better place, there’s a lot you can do. But only one thing guarantees an impact.

The Never-Ending Cycle Of Being ‘Good Enough’

This Is What People Don’t Understand About Being Cheated On