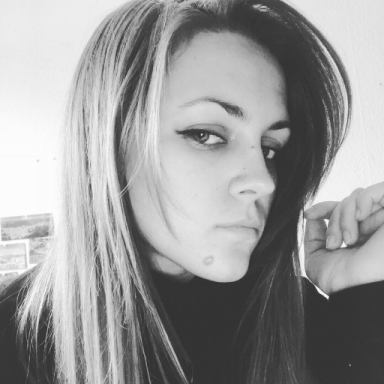 You don’t get hung up on some random Instagram accounts of cute guys or hot girls whose body you’d like to have.

You don’t answer that random douche who slid into your DMs and would like to slide into your pants.

You don’t lose your cool and go all bat-shit crazy on a boyfriend long gone or an ex long left.

You don’t stand there like an idiot and think “that’s my soulmate leaving me.” You don’t do that. You go home and you pick up the pieces. You cry and you let your roommate hear it. There’s no way to muffle those tears when you sleep pretty much back to back. The next thing you know, you’ll find out that she was telling people around her that you were crying every night and poor her, she didn’t know what to do. You’ll feel like smacking her white as snow face.

You don’t stalk his Facebook. You just don’t. It’s an absolute no-go.

Whichever it is, prepare yourself to be disappointed.

You don’t spend years mourning your relationship which was totally based on mind-blowing sex.

You don’t write countless articles and angry pieces about him. You don’t imagine him coming back to you and punching him in the face. You don’t build up conversations in your head that you know will never happen.

You don’t talk about him to your best friend cause pathetically enough, he was a good boyfriend. The best one you’ve ever had. As I said, PATHETIC.

You don’t really know who he thought he was for you. Summer crossover fling? Way too long rebound?

Well, congrats. I hope you rebounded your past relationship out of your mind and heart. Now you can go and find yourself someone you actually want to be with.

You don’t write angry articles about him. And if you do, you don’t care if he ever reads it.

You don’t date anyone like that again. No one with his name, his origin, or the possibility of it ending up like it did with him.

You don’t do a lot of things. There’s a ton of things you shouldn’t do.

I’m pretty sure I did it all. And I don’t care.

This is what you actually DO – You don’t care.

And you don’t cry while you write this, because that might seem like you actually had feelings for the guy. Feelings he never really had for you.