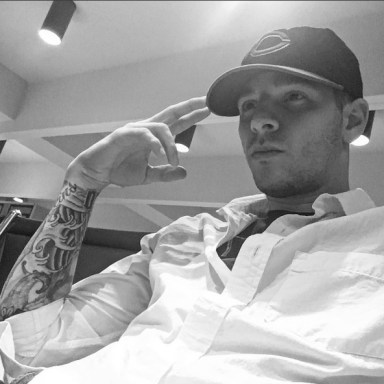 After years of periodically catching episodes, I recently finished ‘Friends’ on Netflix. Here are some of my harsh truths from the show. Yes, there are spoilers, but the show also ended in 2004, so you had plenty of time to watch up until now.

1. Ross and Rachel were on a break.

How do you not start with this? I’ve never found myself in this situation, but you can’t say you’re on a break and then complain when the other person hooks up with someone else on said break. Usually, the people who initiate a break just want to dip their toe in another pool and be able to have a clear conscience about it. It’s funny how it only becomes a problem when the person who is on the receiving end of the break gets a little side action. But that’s none of my business. *sips tea*

2. Ross and Rachel don’t belong together.

Ross pined after Rachel for years and she never wanted him. At all. Even when she stopped seeing him as Monica’s nerdy older brother, it took Ross buying an
expensive broach for her to realize she liked him back. When it was too late, she tried to drive a wedge between him and Julie. When Ross finds out how Rachel feels about him, he makes a pros and cons list to decide which girl he should date. If you’re meant to be with someone, you don’t need a list to determine why you should be with them over someone else. Whenever they’re together, it always seems like they’re fighting or something is going wrong; then whenever they’re apart, they can’t stand seeing the other person happy. They’re great together, physically, but horrible together, emotionally. The truth is that they are probably better off as friends with benefits.

3. Joey and Rachel were a better match than Ross and Rachel.

You can get salty about it if you want, but deep down you know it’s true. Ross needs someone who can stimulate him intellectually in a way that Rachel
simply cannot. If nothing else, he deserves a partner who is supportive of his career and accomplishments — not someone who is constantly giving him jabs about his work, which is something he is incredibly passionate about. Rachel needs someone who isn’t as intense as Ross is, and preferably someone who is more of a pretty boy than Ross. With the exception of the show being written so that they get together, I never really got the feeling that they belonged together. Joey and Rachel pissed me off more for the principles behind their romance than anything else. Call it guy code or whatever you want, you don’t go after one of your best friend’s girls or an ex he has deep feelings for. If you’re going to pursue anyone’s ex, you should make sure your friend is over her or at least okay with the potential relationship beforehand.

That said, Joey and Rachel are much more compatible for each other than Ross and Rachel ever were. They loved living together, they were comfortable with each other to unabashedly be themselves, and they were able to be vulnerable with each other. Rachel is more supportive and interested in Joey’s career as a soap opera actor than Ross’ as a paleontologist. The only thing that really deterred this relationship was the fact that Ross and Rachel had a past. If Ross was never in the equation, Joey and Rachel almost certainly would have had a long run together.

4. Nobody would tolerate Joey in real life.

The guy is a man-child of biblical proportions who is only tolerable as a television character. He can’t figure out anything for himself, he has the immaturity of a prepubescent boy, he will flirt with anything in a skirt, he dates one of his best friend’s girls, he eats everyone’s food, he has commitment issues, and he is always strapped for cash. Think about it: If you had a Joey in real life, he would be the person you’re glad to see for one night once in a while — not one of your closest friends.

5. Monica is a royal bitch.

Yes, she hosts all of the gang’s gatherings and takes in her friends to live with her when they fall on tough times, but it doesn’t overshadow the fact that she is a royal bitch most of the time. She’s bossy, controlling, overbearing, and ridiculously self-centered. She’s a horrible listener to her friends and unwavering in having to have things done her way. Much like Joey, you would have a really tough time dealing with someone like Monica on a daily basis in real life.

6. Only one divorce is really Ross’ fault.

He was with Carol since college, meaning they were together years before she came out as a lesbian. Rachel is just as responsible for the drunken nuptials as Ross was, and he still tried to make it work when they were sober. Calling Emily the wrong name — an ex’s name, no less — at the altar is pretty unforgivable. Again, he still tries to make it work, but Emily never really gives him a chance. She probably didn’t deserve to give him one, anyway, but Ross has to get
some credit for trying to atone for his sins. Overall, though, Ross takes way more crap than he deserves for his marital history.

7. The show could have survived without Joey or Phoebe.

Again, when you really sit and think about it, neither character added a ton of value to the show or the overall friendship. The show could have survived focusing on Ross, Rachel, Monica, and Chandler, with various characters fulfilling the roles of Joey and Phoebe throughout the series.

8. Chandler would have died alone without Monica.

Chandler may not have been the perfect man for Monica, but Monica was absolutely the perfect woman for Chandler. This is a guy whose parents screwed him up from a young age, who never let anyone get too close to him, and who never really saw marriage as a possibility… until Monica. There are recurring jokes throughout the series that Chandler is naturally bad with women, has commitment issues with every woman he dates, and is awful in bed with every woman he sleeps with; Monica is the exception to all three of these. Part of the reason Chandler and Monica were able to get close in the first place was because they were in the same group of friends.

Realistically, the only women Chandler would have had a chance at lifelong happiness with were Monica, Rachel, or Phoebe because he was already comfortable with them and they knew all of his flaws and insecurities. Rachel was never really attracted to Chandler, and Phoebe and Chandler are virtually polar opposites. Monica was always the perfect for him, and she’s probably the only woman in the world who could love Chandler in the long run. Without her, he likely would have never gotten married to anyone.

9. Jack and Judy are awful parents.

This is why I cut Monica some slack. Her parents obviously favored Ross over her, and they were utterly ruthless to her about her love life. It’s easy to see why Monica turned out the way she did when you look at how her parents treated her.

10. Actually, all of main characters had pretty messed up parents.

Ross and Monica’s dad is kind of a pervert, and their mom is a pretentious snob;
Rachel’s mom never wanted to marry her father, who is kind of a prick; Chandler’s mom is an erotic novelist who is way too comfortable talking about sex in front of her son, and his father fooled around with the cabana boy; Phoebe’s father walked out on his family, and her mother killed herself; Joey’s father was a cheater, and his mother was a willfully ignorant enabler. What I did love about the show is how well the friends’ relationships with their parents affected their characters.

Mike is a New York-based writer and admitted hopeless romantic. If Ted Mosby and Carrie Bradshaw had a son, it would be him. When he's not writing about love, dating, and relationships, he's working his actual job as a sports reporter and columnist.

Tune into his podcast, "Heart Of The Matter" here.