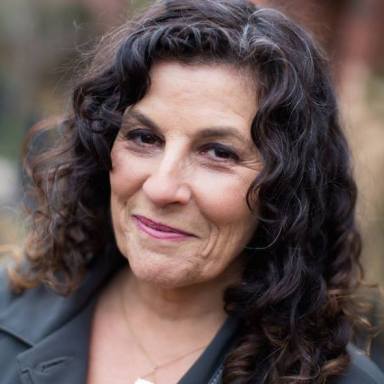 When I was a little girl, what I wished for most — I wished for it hard every single day — was a perfect friend: the girl my own age who would understand me absolutely, who would know me every bit as well as (or maybe better than) I knew myself. Who would like to do the things I liked to do, and dislike the things that I disliked (so she’d like reading, writing, drawing, ‘let’s pretend’ games, costumes, singing, and just sitting around thinking; she’d dislike sports, crowds, anything scary, anything fast). I never found her.

I found a succession of almost-perfect friends, of course. I made do. And then I grew up and I had a daughter. By the time she was 4 or 5, I realized that she’d been the little girl I had so longed to meet, all through my childhood. She’d just turned up 40 or so years too late.

But only too late for little-girl Michelle: exactly on time for all-grown-up (more than all-grown-up: I was 38 when she was born) Michelle. Naturally — or it seemed natural to me — I wondered over what it would have been like if we could have been children together. She wondered too. But the fact was, we were glad to be mother-and-daughter, and even 5- or 6-year-old Grace knew that she was who she was at least in part because of who I was, that it would take a miracle of time travel for us to be both who we were and be children of the same age. (I mean, besides the ordinary miracle that ordinary time travel would be.)

I thought a lot about friendship when I was child, and so did Grace, all those decades later. There was nothing that seemed more important or more interesting. And I’d happened upon a book in the Brooklyn Public Library, where I spent a lot of time in the early 1960s (the Sheepshead Bay branch was just around the corner — I could walk there on my own!), that spoke directly to my heart. The book was Betsy-Tacy, by Maud Hart Lovelace, and it was a book about two little girls who find each other, and about how their friendship sustains each other (but it wasn’t corny or sentimental; it was wise and deep and funny — and although I didn’t realize at the time that this was why the story worked, it was also beautifully written). Luckily — because I checked out and read Betsy-Tacy dozens (maybe a hundred) times, read it until I could quote whole passages from memory — there were more Betsy-Tacy books: three more about their childhood (in the second book, another girl is added to the mix, and Betsy, Tacy, and Tib set forth into the rest of the series and in what I considered — I still consider — to be the perfect friendship), then a whole set about the three of them as teenagers and young grownups (Betsy goes to Europe! Everyone gets married!), and even a few books not in the series, about Betsy, Tacy, and Tib’s other friends.

I read them all again and again. I didn’t own a single one of them, though. We didn’t buy books in those days, with just a few exceptions I remember very well. We had the Golden Book Encyclopedia, which my mother bought at the supermarket, one volume at a time, and which I read solemnly, cover to cover. We bought but didn’t have the Nancy Drew mystery series (we chipped in for those books, one a month, with my friend Susan’s family, and for some reason she got to keep the books; for some reason I did not object). Then there were the two-in-one books, Companion Library’s hardcover children’s books that I was crazy about: you got to the end of Treasure Island and you closed the book, flipped it over, and started Gulliver’s Travels (we also had Robinson Crusoe/The Swiss Family Robinson, Hans Brinker and the Silver Skates/Heidi, The Call of the Wild/Black Beauty, Little Women/Little Men, and Alice in Wonderland/The Five Little Peppers and How They Grew. I read them all — cover to middle, then other cover to middle).

This was how I grew up to be a reader, and a writer.

I don’t remember how I knew that the Betsy-Tacy books, which were written in the 40s and took place at the turn of the century but somehow felt quite current (both to me and, later, to Grace), were autobiographical, but I did. I knew that Betsy was a lot like the writer who had sort of made her up. Betsy (who seemed to me a lot like me, as well as like Maud Hart Lovelace) wanted to be a writer and Maud indisputably was. I knew Maud was telling me something.

I don’t think I realized just how much she was telling me until many years later, when my husband, reading a chapter of Betsy-Tacy to then 4-year-old Grace, paused to call out to me, “Hey, this woman writes just like you!”

The next night, when it was my turn to read a chapter, I saw that he was absolutely right. Maud had taught me how to write, deep down in my bones. I wrote like her.

I hadn’t thought about the books in years until I had a daughter. And in fact they had been out of print for a long time until the year that she was born. That year, 1993, the first four — the childhood books — were reissued in paperback. I bought them all.

By the time Grace was 5, we had to replace them: we’d read them so many times, their spines had broken; pages flew loose every time we opened one. By the time she was 10, we had replaced the first four books twice; the rest of Maud’s books about Betsy and her friends, all of which were reissued in 2000, had been bought at least twice too. Some of the books had to be replaced three or four times (once Grace was reading by herself, she liked to take her favorite books into the shower, where she’d stand under the spray holding her book just outside of it, reading through the waterfall).

It wasn’t only the Betsy-Tacy books we both loved — she in her time, me in mine (and both of us together in her time, too). Our book club that stretched across the decades included Betty MacDonald’s four sly, funny, wildly inventive Mrs. Piggle-Wiggle books, Noel Streatfeild’s lovely Ballet Shoes and her other “shoes” books, Astrid Lindgren’s thrilling Pipi Longstocking books, Margaret Sidney’s The Five Little Peppers and How They Grew (and as many of the other books in the Five Little Peppers series I could find secondhand; only the first — and best — was still in print), Sydney Taylor’s All-of-A-Kind Family trio of books, Black Beauty, A Wrinkle in Time, and all of Edward Eager’s wonderful books about slightly (or more than slightly) flawed magic (in Half Magic, which is probably the cleverest of them, the children’s wishes come half-true: they have to figure out how to wish for precisely double what they actually want).

Eventually Grace outgrew our book club. She began to reject books I suggested because I’d loved them myself—to reject them, no doubt, because I’d loved them myself. A Tree Grows in Brooklyn and The World of Henry Orient sat untouched on her shelf. She grew up — she had to grow up. Like everyone does. She discovered her own books, books I’d never read — books that hadn’t been written yet when I was a child. It’s what’s supposed to happen.

Edward Eager’s The Time Garden features a thyme garden (a pun that struck both Grace and me, when we were both age 5 or 6, as delightful when it was first explained to us) that allows the children who wander into it to travel through — what else? — time. The book’s protagonists are four cousins who in the course of their time-travel meet another set of children, who turn out to be their own parents, and the cousins (whom we’ve met before, in another charming, though much scarier and thus neither Grace’s nor my favorite of Eager’s books, Knight’s Castle) end up rescuing their parents from a perilous situation we’d been introduced to in yet another of the books (Magic by the Lake, in which we had met the children who will grow up to be The Time Garden cousins’ parents) and then seriously consider bringing them home with them into their own time them when they return to it, but in the end wisely and regretfully decide against it, leaving their family’s history to unfold as it was meant to.

This is of course the lesson I must remind myself of, when I am feeling wistful about the way time has passed and my history and my daughter’s have unfolded. Everything happened as it was supposed to happen, and when it was supposed to happen. If I hadn’t been her mother, she wouldn’t be herself. If I hadn’t been the child I’d been, I would not have been the mother I became.

The creature who presides over the thyme garden in The Time Garden tells the children, early on, that “anything can happen when you have all the time in the world.”

Michelle writes about life, loss, love, and what she's learned over the years.