THE SINGULARITY IS NEAR: WHEN HUMANS TRANSCEND BIOLOGY BY RAY KURZWEIL 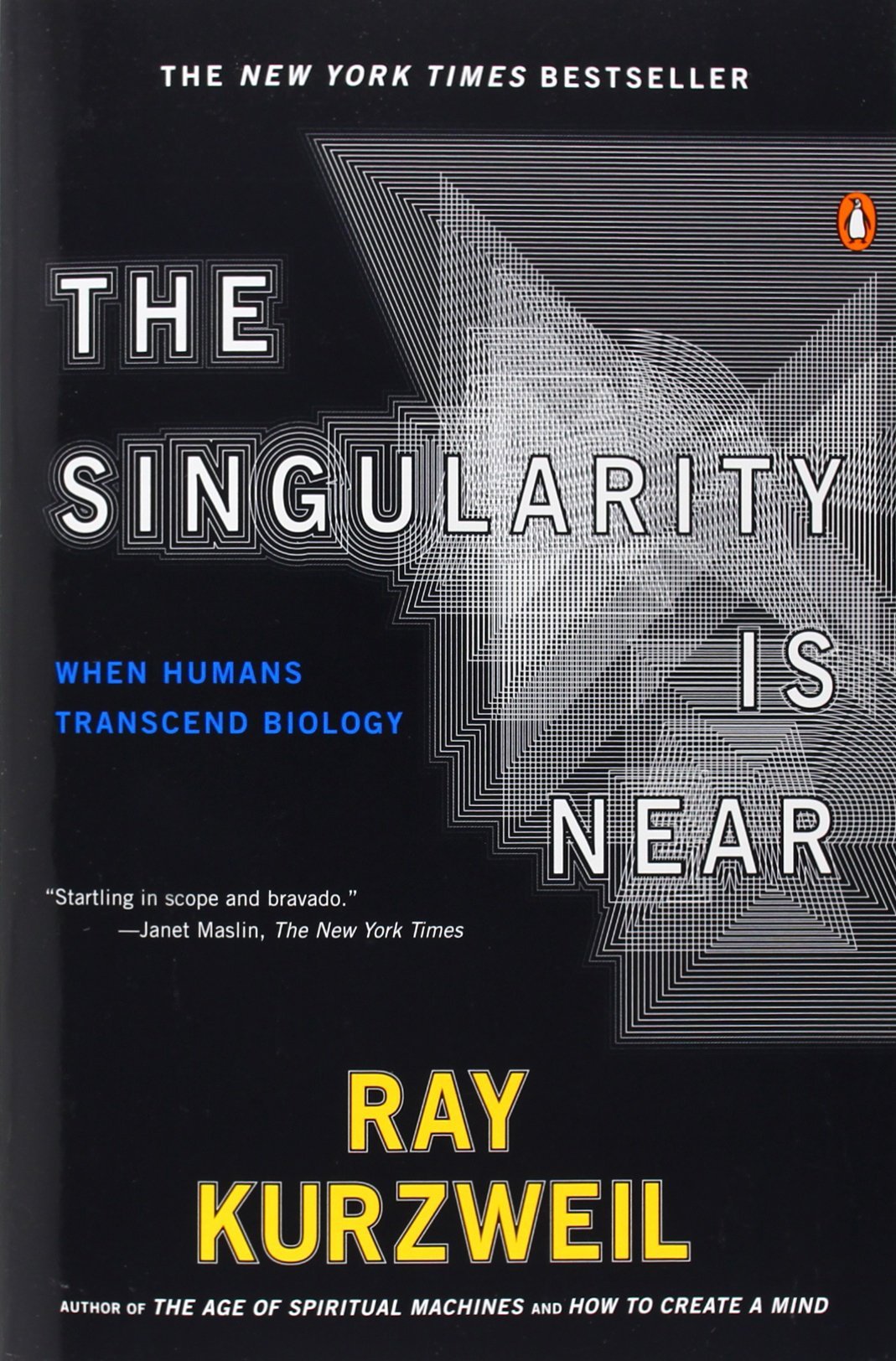 What It’s About: In the beginning of The Singularity is Near, Kurzweil shows that the processing power of computers and technology has increased exponentially through history and is likely to continue doing so.

He then argues that because of this, in the year 2046 all of our brains are going to be digitally encrypted and uploaded to the cloud where we will all form a single, immortal consciousness that will control all computing power on the planet.

And the fucked up part is that some of his explanation of how this is going to happen makes sense. I mean, it’s probably not going to happen. And the book reads like it was written by a middle-aged engineer who took too much acid and now desperately needs to speak with a therapist. Kurzweil claims, among other things, that baby boomers are the first generation that will conquer aging and death, and that he wants to digitally transcribe his dead father’s brain into computer software so he can like, you know, Skype chat with good ol’ dad again.

Couch is over there Ray. Why don’t you lay down and tell us how you’re feeling?

I poke fun at Ray, but the technological possibilities presented in this book are truly mind-boggling. And we will undoubtedly see a significant percentage of them in our lifetime. Medical nanobots that live in the blood stream that we wireless upload vaccines to. Genetic programming for newborns so parents can choose not only the physical characteristics of their children but their talents as well. Uploading and downloading consciousness onto the internet, so that you could download somebody else’s life experiences as your own the same way you downloaded the last season of Breaking Bad.

As Neo once said:

The whole immortality, one-computerized-world-consciousness thing? I’ll believe it when I see it. But if you can trudge through hundreds of pages of technical explanations of genetic engineering, quantum computing and artificial intelligence to see the implications of some of what we’re likely to experience in the next 50 years — well, get ready son: shit’s going to get wild.

One cubic inch of nanotube circuitry, once fully developed, would be up to one hundred million times more powerful than the human brain.

Can the pace of technological progress continue to speed up indefinitely? Isn’t there a point at which humans are unable to think fast enough to keep up? For unenhanced humans, clearly so. But what would 1,000 scientists, each 1,000 times more intelligent than human scientists today, and each operating 1,000 times faster than contemporary humans (because the information processing in their primarily non-biological brains is faster) accomplish? One chronological year would be like a millennium for them. What would they come up with?”

Bonus Points For: Delusional optimism to the point where you kind of feel bad for the guy and how scared he is of dying.