THE TRUE BELIEVER BY ERIC HOFFER 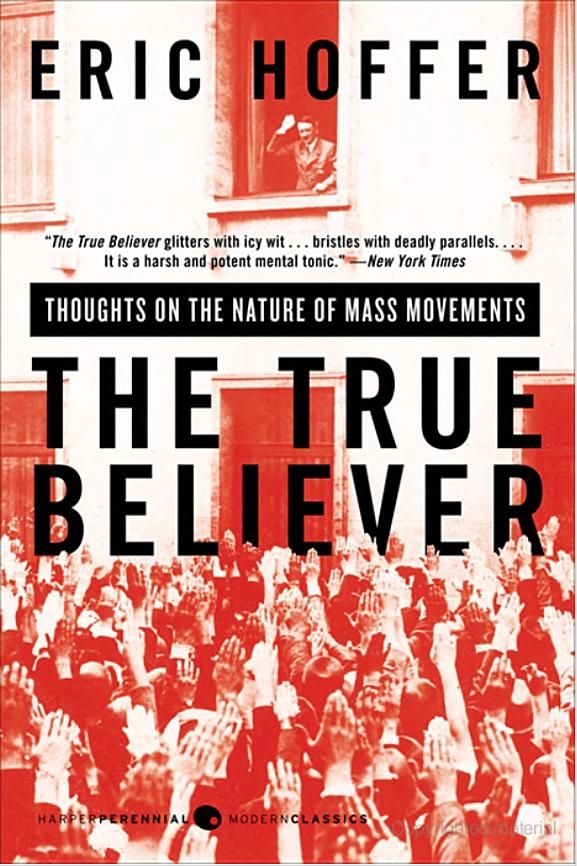 What It’s About: The True Believer discusses why people give in to fanaticism, fundamentalism or extremist ideologies.

The book is perhaps the most to-the-point and non-bullshitty philosophical work I’ve ever read. And the power of Hoffer’s short sentences can take your breath away. See below.

The game of history is usually played by the best and the worst over the heads of the majority in the middle.

Freedom aggravates at least as much as it alleviates frustration. Freedom of choice places the whole blame of failure on the shoulders of the individual. And as freedom encourages a multiplicity of attempts, it unavoidably multiplies failure.

Bonus Points For: It was apparently one of President Eisenhower’s favorite books.

If This Book Could Be Summarized in An Image, That Image Would Be: An open hand, heading straight for the side of your face.