Skip to content
Sponsored Content
Report This Article
What is the issue?
If you want to live the life you were meant to live, you have to own who you are—strengths, weakness, vulnerabilities, and all. You have to choose to be you every single day instead of letting other people’s opinions or ideas dictate the choices you make. In partnership with Taco Bell and their Feed The Stories program, we’re bringing you authentic stories by some of Thought Catalog’s most promising writers who stand out as individuals committed to living life to the absolute fullest. 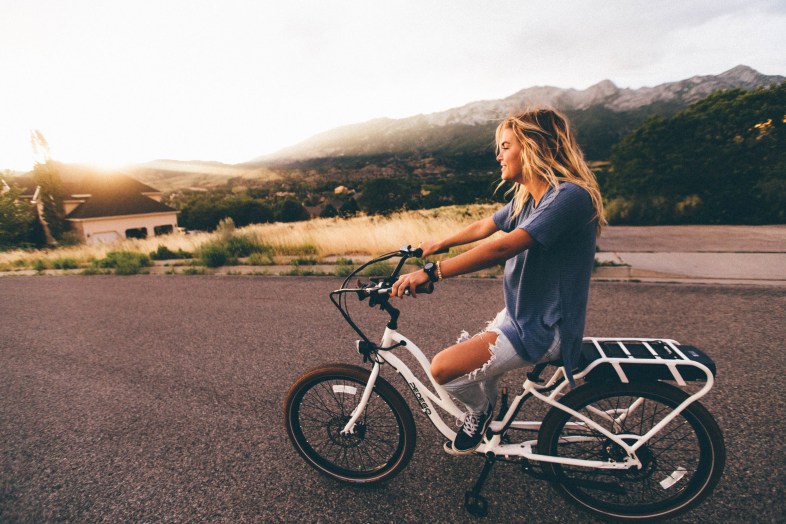 Voices hummed and fizzed through the bar, in varying stages of intoxication and volume. I entered with a rush of cold winter air, and every face turned from their conversations or TV screens to give my three friends and I a once-over. I smiled politely in response. This was a small-town bar; it wasn’t unusual for Thursdays to be pretty quiet, and for everyone to know everyone that walked through the frost-glazed door.

I went straight to the bar, navigating through a small group of college kids sipping on dollar beers. The bartender, a friend of a friend, nodded at me and took my order. As I waited, I surveyed the ‘Thirsty Thursday’ scene. This was the main bar in my college town, a small city of less than 5,000 people. Thursdays were usually populated by a few die-hard locals and the string of loyal college students who needed an early weekend and didn’t mind standing around, listening to country music, and playing pool.

To my left were the bar stools, each filled with a twenty-something sipping on cheap booze and complaining about term papers. There were several tables with people sprinkled about: a group of older guys with ball caps and a pitcher of beer between them, a middle-aged family lost in conversation, a sprinkle of theatre students winding down from the second night of the show, and a middle table, where my two friends had perched and were now giggling and making googly-eyes at one another. I found a seat at the center table and settled in. In that moment, surrounded by friends, sipping on a mixed drink of Kinky and Sprite, I felt incredibly old.

Just a few months ago, I had become an official college graduate. I walked across the stage, finished my student teaching placement, and crossed my fingers as I took my last, official license test to finally get that little piece of paper that said I did it. All this was exciting. All this was new. And all this was, without a doubt, terrifying.

What I hadn’t expected in finally closing this stage of my life was how difficult it would be to find myself again. To figure out where I fit in within a college town I was no longer really a part of. To stay the same person, yet start anew. I felt stuck.

A guy slid into the seat next to me and I nodded in his direction, then did a double-take and pulled him into a hug. He had graduated two years prior, but he still looked the same—tattoos, snapback, and those mischievous eyes. He said he was on a trip for work. His company needed him to make a stop and a purchase, then he’d be back in Las Vegas by tomorrow night. He asked me about my life, and I answered all the typical questions—where I was working, how much I loved it, why I was still living in this town, and that yes, I was planning to move. As we talked, I studied his tattoos. The ink was a rich black, and I traced the lines with my eyes, up and down his arms and hands. I hadn’t seen those tattoos in months, maybe even years. They looked so different, yet in a strange way, still so familiar.

My drink tasted fruity, and light. As more people filtered in, I found myself settling in to the warmth and buzzing bar air. A few of my friends started a game of pool. I moved to a stool near the table and watched their bodies contort and twist into silly positions to get the best shot. They were laughing, taking goofy pictures between their turns, and poking each other with the pool sticks. I watched them laugh and found myself laughing too, sipping on my fruity drink, starting to feel a light buzz in my own head. Starting to feel a sense of calm.

This bar had always brought me comfort. It was where I had snuck in my sophomore year and flirted with seniors, where I had ordered my first drink, where I had celebrated my twenty-first with a giant pitcher of sour apple vodka, where I had kissed a guy I’d really loved, taken shots with my entire softball team, eaten countless slices of pizza, cried, laughed, and settled into this new life, new home away from home. As I watched my friends tease one another, spill drinks, talk, and toast this random, insignificant Thursday night, I felt a sense of peace.

For the last few weeks, my mind had been spinning. This was supposed to be the time in my life that I’d have it all figured out, that I’d know where I was going, where I was meant to live, who I was supposed to be. But I didn’t know any of that. I was productive. I was happy. But I was floating. And plagued with a giant, overarching I don’t know.

One of my guy friends playfully nudged me, snapping me out of my overthinking trance, to hand me another drink. He was handsome, and in the early stage of our friendship, he was still a mystery to me. He started up a conversation, and the friends around us joined in, cracking jokes, snapping pictures, and sipping drinks. I talked. I laughed. I sat back and took it all in—the voices, the dude with his nose nuzzled in a girl’s hair in an attempt to woo her and take her home, the brunette at the end of the bar Face-Timing a lover, the shouts and laughter and quiet busyness of a small-town bar.

This was a Thursday night, an insignificant Thursday night. But I felt myself melting into the surroundings, into the humming and fizzing of the air, the energy of the people and places I’d learned to call home. I wasn’t sure what I was doing or where I was headed, but as I took another sip, I felt myself warm from the inside. I was, surprisingly, at ease. Okay with not knowing. And over the chatter and clinking of glasses, I heard the little voice in my head whisper, “Right here is exactly where you’re meant to be.”