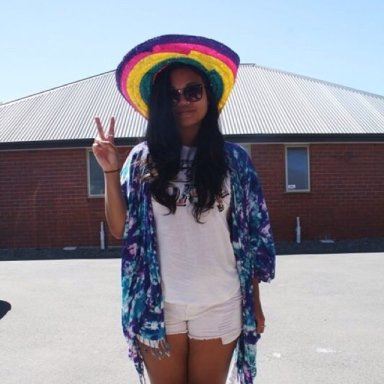 Over the past few years I’ve noticed a growing number of articles exclaiming, “How To Take Care of An Introvert” or “10 Things Everyone Should Understand About Introverts” and while I have no real problem with introverts and introversion, my issue is with the fact that people of the internet seem to have romanticized introversion in a way that turns any possible social impediments a person might have into desirable quirky traits. Not only this, but extroverts are suddenly the bad guys for not understanding introverts or mistreating introverts, etc, etc.

As a self-proclaimed extrovert, I’m pretty sick and tired of people assuming that introverts are the only people who have got it hard. Really, seriously? Are we really going to play this game? Now you look here, mister. Extroverts may not seem as delicate or may not seem as complex and diverse, but extroverts have a whole different category of BS they have to deal with too. It’s not easy out there for anyone.

Being an extrovert generally means that you enjoy the company of others, you can appear confident and you’re quite comfortable striking up a conversation with almost anyone, regardless of how much (or how little) you actually know them. What an extrovert considers a normal form of communication, others might see as flirtation and a sign of open sexual availability. You can imagine how frustrating and potentially disheartening it can be to have your friendliness misinterpreted as something more, especially when the person you are talking to gets offended that you are not, in fact, hitting on them.

Most extroverts I know are happy-go-lucky people who like to keep the conversation going, make people laugh and have a good time as often as they can. The only downside to this is that when you do something often enough, people expect you to do it all the time. If you’re someone who spends most of their time being the happy, comical figure in the group, when you’re having a bad day, people are shocked, maybe taken aback, possibly even offended.. they simply don’t understand how you can be not happy. Being an extrovert is a full-time social job that requires you to entertain the crowd, so when you suddenly stop doing what you’re supposed to do, you’re gonna get boo’d off stage.

When there’s a lull in the conversation, do you know who starts it back up again? The extrovert does. However, being the engine and the fuel for social gatherings can be extremely tiring and feel like a lot of work, so sometimes it would be nice for us extroverts to be allowed a break and have other people take over (though, for some of us, not talking can be quite the challenge).

4. Being labeled as shallow or unintellectual because you’re not an introvert.

Extroverts are usually stereotyped as being loud, party-going people who are in constant need of social interaction and simply have no time to sit down, relax and maybe read a book or something. On the other hand, there seems to be some romanticizing of introversion (via tumblr and social media) that involves depicting introverts as deep, philosophical, misunderstood, quirky unicorns… or something along those lines. Since when has ‘outgoing’ been a synonym for ‘shallow’? Extroverts are just as capable of complex thought as introverts are of talking to people.

5. Craving the company of others.

Just as introverts feel drained from too much social interaction, extroverts will come down with a case of the blues if they’re left by themselves for too long. Although extroverts enjoy time to themselves every now and again (because really, who doesn’t need alone time?), they thrive in the company of others, so when they’ve spent too much time on their own, they can start to feel restless, have problems focusing, feel really antsy – they desperately need to go out, be around people and do something.

6. People assuming you are always confident.

Being extroverted doesn’t necessarily mean you have an abundance of self-confidence. Sure, an extrovert likes being around people and feels comfortable being around people, but that doesn’t automatically mean that an extrovert is 100% confident in themselves and their actions 24/7. There are many extroverts out there who I’m sure could testify to the fact that they have, on several occasions, felt shy and small and unsure. Extroversion is not synonymous with confidence.