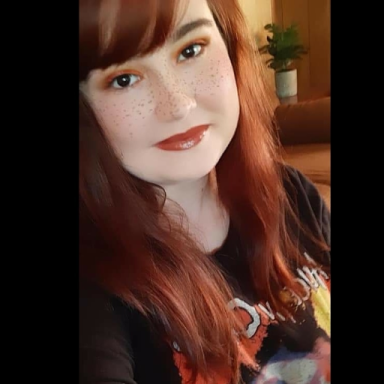 It’s become a trending topic of discussion in mainstream media lately. Countless articles, personal stories, and reflective questions flood the pages of search engines. A person from your family, from your love life, or from your social group becomes the biggest threat to your well being and you feel drained in every possible way. If you have ever felt alone in your situation before, as soon as a desperate search is made for answers, you realize just how common this form of torment is and that it is referred to as “narcissistic abuse”. Articles and forums provide a clear definition of the term and of the individual who possesses such a sadistic behavioral outlook, but there are quite a few tactics a narcissist uses that tend to go unnoticed or overlooked, all the while, still causing the victim to feel helpless and mentally unsound. Awareness is needed on these subtle tactics so that victims will feel at ease and so outsiders can understand this isolating situation better.

A narcissist is an individual who has a flawed or impaired sense of self most likely due to childhood trauma. The trauma they experienced has tampered with their ability to mature on an emotional level. This trauma has also restricted their ability to become their own person due to neglect, bullying, or abuse that has made them feel shameful of who they are. They either did not receive proper care or therapy for such circumstances or never reacted positively to treatment.. Therefore, they have become malicious individuals. A person with a narcissistic personality is unable to empathize with others and express emotions in a healthy manner. They take on the personas of the people around them so as to appear normal but there are several inconsistencies with their “self-expression” that I will mention later on. Narcissists act as though they are expansively confident, positive, and loving to the public eye when behind closed doors, the repressed monster inside them is released. Now that the basics are covered, let’s move on to the five subtle experiences a victim of narcissistic abuse encounters.

1. The abuse goes unnoticed by most outsiders.

This is essentially how a narcissist can continue to ridicule you and make you feel insane. They will only attack you when no one is looking or will attack you in subtle ways, such as through making indirect social media posts aimed at you, posting about or showing interest in things similar to you as a form of mockery, creating fake social media accounts, insulting body language only you can understand, one-upping accomplishments you mention, etc. They have learned to speak a language that only you can comprehend so if you were to ever point it out to someone, you would probably just seem dramatic.

2. They will mock your persona.

The ultimate form of flattery comes when another person is inspired by your style or your interests.. but the narcissist’s play on this is much more sinister and disturbing. The narcissist will scoff at the things you enjoy and will make fun of your appearance, your style, and all the things that make you feel like yourself. While they are doing this to you in private, you will catch them beginning to act like you, catch onto the same interests, and take on your identity as their own. To outsiders, this will only look like inspiration or flattery, especially considering most narcissists are family members or close friends. It would make sense for them to share similar fascinations. This is yet again another way they attempt to get a reaction out of you, only for them to be seen as the victim, when in reality, the victim is you.

3. You will begin to ask yourself if you are the narcissist.

This seems to be another common theme that isn’t frequently mentioned or discussed. The narcissist can distort your sense of reality and will confuse you to no end, so it is normal for you to begin to question yourself. They will even attempt to claim you as the egotistical monster; a projection tactic. The problem with this is that someone with narcissistic personality disorder is not able to reflect on their actions or empathize with a person or situation, therefore, if you have had to look back and reflect on your behavior and your actions to see if you have done wrong, you are not the narcissist. Only a person with a functional emotional process can reflect on themselves.

4. They only attack you because they are threatened by your self-worth, accomplishments, and happiness.

A lot of articles fail to mention this or exaggerate this as much as it needs to be. A narcissist does not attack vulnerable people, a narcissist makes a person feel vulnerable. The narcissist is the one who is weak; forever feeling personally victimized and threatened by the fully functioning personalities and lifestyles the people around them have. They are unable to gain a stable self-image. They are unable to maintain healthy relationships. They see every accomplishment made by an outsider as an attack on their own ambitions. The only reason they target anyone is because by taking power away from someone, they temporarily feel in control of themselves… Until they need a new power source.

5. Cutting them out or ignoring them is not an easy feat.

Everyone will tell you the best thing to do is to remove them from your life completely and pretend as though they do not exist. If for some reason, this cannot be done, you will be encouraged to be limited with what you say or do around them. This is not as easy as it is made out to be. Narcissists will continue to attack their victims through fake social media accounts, changing their numbers or email addresses, stealing pictures and other personal information, harassing them, or making posts aimed to mock or hurt them. It is difficult not to react, but the moment the victim does react, they are deemed the one at fault and the narcissist is fed from their source once again.

In conclusion, it will be difficult to regain your strength and self-worth after being abused in various forms by a narcissist. The moment you express the tiniest bit of happiness and self-love, you will be attacked once again. Your optimism and your strength will always be targeted and shot down. It is ultimately up to you to seek help and treatment for the mental and emotional trauma you will receive, learn what you can do to overcome the abuse, and move along with your life in a safe and meaningful way. The unfortunate truth is that you cannot change someone who is narcissistic and no matter how hard you try, you will never achieve a stable relationship with them. The good thing, though, is that you can spread awareness on the issue and work with other victims of abuse. Even though you are a victim, you will have made it out alive and well in the end; making you a survivor. Your resilience and your endurance is something to be celebrated.. because it means you have won.

My name is Lumi and I am an astrologer, writer, mother, and wife.