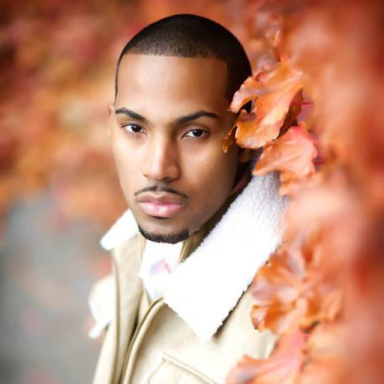 After what seems like an exhaustive search for Mr. Right, you finally meet a man who satisfies all of your criteria for a healthy functioning relationship. He’s caring, affectionate, thoughtful, gainfully employed, stably housed, generously endowed, and he can cook his ass off! You feel like you found a real winner and begin deleting all dating apps, preparing for who you think might be “the one.” Fast forward to a couple of weeks later when you start to notice a change in his behavior. He slowly begins to unveil a side of him you never thought existed. He becomes cold, distant, uninterested. In a word: different. This is not the same man that once captivated your interest and left you spellbound after soul-stirring conversations over Sunday coffee. It is like he has been replaced with someone you don’t even recognize. You begin to ask, “Why?”

When you think back and replay all the conversations the two of you had in hopes of unearthing some satisfying explanation for this sudden shift in his demeanor, you realize his behavior changed right after you opened up the EX-files. At first you thought nothing of it because he made it seem like the break up between him and his former lover was amicable and mutually agreed upon. But what you failed to see was the relational trauma buried deep underneath his seductive veneer. The faraway look. The sad smile. The inordinate use of humor to deflect from exploring emotionally-charged issues. You didn’t pay any attention to these things because you thought everything was okay. You were lulled into a false sense of security and didn’t question anything.

I’ve been there more times than I’d like to admit, and it’s never an easy thing to deal with as the shame, embarrassment, and disappointment can be crippling. But sometimes grief can be a gift especially if you extrapolate meaningful lessons from your pain and apply those lessons to every subsequent relationship you decide to attempt. In this case it becomes crucial to know whether the person you are investing in is still carrying emotional baggage from their last relationship or still carrying a torch for their old flame. Here are some things to pay attention to when deciding whether or not someone is still carrying feelings for their ex.

1. When discussing their last relationship, how do they talk about their ex?

Do they demean, disparage, and berate their former flame? Do they get defensive or protective when discussing their ex? Do they take ownership of their role in the breakup? Do they accentuate their victimhood? How they discuss their last breakup can be a window of insight into their readiness to invest in you.

2. When interacting with your potential love interest, do they have moments where they suddenly grow cold, detached, uninterested?

Do they tend to pull away during emotionally-charged discussions? Do they shy away from intimate displays of affection (i.e. hand holding, kissing in public, playful touching)? Do they abruptly change the subject when you are asking them those important get-to-know-you questions? Is sex the only time they feel comfortable expressing intimacy? If this is so, chances are they still have some unfinished emotional business they have not yet dealt with that needs to be addressed before they are ready to embark on a new journey with you.

3. Does their body language seem to be saying something?

Do they physically distance themselves when discussing their exes? Do they shut down during disagreements? Do they employ toxic power and control tactics like silent treatments, gaslighting, stonewalling, selective attention, and blaming and shaming you to avoid dealing with their own issues? Such behaviors short circuit any and all attempts at true intimacy and can be indicative of not only a personality disordered individual but also someone that has unhealed relational wounds that need immediate tending to.

4. Do they still have keepsakes and mementos from their last relationship that they hold onto fondly, recounting stories of better times with their ex?

One ex I had the displeasure of being with had a psychotic painting that he painted of him and his ex, which he hung over the bed we shared. At the time, I thought nothing of it because I tried not to be that “insecure boyfriend” threatened by a man’s past. But sometimes the past can portend the future if you do not pay attention to the warning signs. If you notice any old tokens of affection that your new beau still has, this can be a clear sign that they still hold romantic feelings for their ex.

5. Do they post pictures of you on social media?

Or do they get angry or annoyed when you post pictures with them on social media? Do they ask you to take them down immediately when they notice them? Sometimes people that are not over their exes do not want to be seen with you. It’s like you are their dirty little secret, something that they are not totally sure about and the reason they are not totally sure about you is because they still harbor feelings for their former lover and really are not sure about their own feelings. If this is the case, do not waste another second on them. You deserve someone who is 100% sure that you are the best possible choice for them. Never play second fiddle to a man still playing for the band.

6. They try and force old relationship rituals they shared with their exes onto you.

For example, they used to read the paper every Sunday in bed with their ex. Now they want to share that same tradition with you. It’s like you have become their emotional replacement therapy. They count on you to buffer the cravings they have to be with their last partner. No one wants a recycled heart with recycled feelings. Everyone wants and deserves a fresh start with new traditions, and anything less is a tell-tale sign that the person you are investing in is not over their ex.

7. Do they prioritize you or are you always in second place to every aspect of their lives?

A person that is still in love with their ex can never put you in first place because the part of their heart that should be reserved for you is occupied with feelings for their former flame. If you find that you always take a backseat to their needs or they can never fully be present or show up for you, chances are they are still not over their ex.

This can be a very tricky sign to reconcile, because sometimes a sign of maturity is being able to be friends with an ex. As a gay man, I met most of my friends through former relationships that did not work out. We mutually agreed that there was no “there, there,” so we opted to remain strictly platonic. Oftentimes gay men form friendships through the conduit of lust and seduction, so this can be a slippery slope when starting a new relationship with someone, as you do not want to be blindsighted and bury your head in the sand to what could be a possible reconciliation with an ex. Also you do not want to be a half-time lover. The overarching fear here is that you will be just in the meantime while the person you are investing time and energy into untangles old feelings and discovers that they still carry feelings for their ex. It doesn’t feel good to be the half-time lover because there is always this fear that you will eventually be benched, and no one wants to be ousted from this reindeer game we know as love.

Love these days is tricky and requires careful measures to ensure that the one you are giving your time, energy, and resources to isn’t using your investment to build with someone else. You do not want to be working for the sake of building someone else’s empire, so pay attention to the warning signs and take action immediately, because it does not feel good to be with someone who is still hung up on someone else. In fact, it downright sucks and is a form of emotional infidelity that no one should be subjected to. So keep your eyes open and reserve your heart for the one who can grant you their focus, because you deserve that. You deserve a heart just for you and not one cluttered with the faces of old lovers. Remember that!