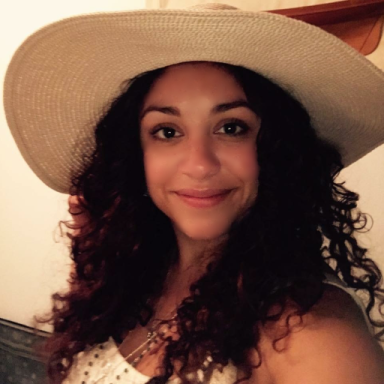 There’s a reason you have unstable relationships or lack emotional intimacy with your partner. There’s also a reason you can’t climb the ladder at work or why that start-up you’ve attempted one too many times keeps nose-diving. It’s an old story, but it’s one that your body and mind re-experience daily. And you keep replaying it as an adult; it just looks different.

You might be wondering what it could be because you didn’t experience sexual abuse or physical abuse, but I’m here to tell you that you’ve experienced trauma too. You don’t know it yet, or someone has told you to get over it because it wasn’t “trauma.” The #metoo movement has permitted us to speak on the abuses we’ve faced individually and collectively. I love that we get to talk about it now as we begin to release the shame around it all, but few are talking about other types of childhood traumas that impact us daily.

Here are just a few that you may have experienced but overlooked because someone told you it was normal or didn’t matter.

1. You had an emotionally unavailable parent or a parent who withheld affection

What it looks like: Your parent didn’t show you love or withheld it from you when you made a mistake as a form of punishment. Your parent was kind to you in front of others but dismissed you or wanted nothing to do with you when you got home. They couldn’t relate to you, support you, or comfort you when you needed it because they couldn’t maturely tolerate stress and had unstable relationships themselves. You may have heard, “I have my own life, I can’t always be your parent,” or “you were a mistake, I never meant to have you.”

2. You had excessive demands as a child or inappropriate or burdensome responsibilities

What it looks like: You grew up with a sick parent and had to care for them. You became an adult at an early age because your parents weren’t home and had to work to provide for the family. You lived with an alcoholic parent and had to wake them up for work, take care of them or your siblings, clean the house, and cook for everyone in the household. Your parent placed high demands on you that were simply inappropriate for your age.

3. You were abandoned, neglected, or lived without boundaries

What it looks like: Your parent left you for long periods without a babysitter as a child. Your parent rarely or never spent quality time with you. You were often in a separate room than your parent and never engaged with them or placed in front of a tv, so you didn’t bother them. You didn’t know if your parent was your parent or friend because they never set rules with you. If they did, they didn’t hold you accountable to them. You lived without any structure in the home and did what you pleased.

4. You were emotionally neglected

What it looks like: You weren’t nurtured, encouraged, or supported but instead controlled. You weren’t’ given the ability to feel grief when losses occurred or told to get over it, especially if it involved a divorced parent. You may have heard “stop overreacting,” or “you’re so sensitive, get over it.” You weren’t allowed to feel anything but happiness in the home; if you did, you got in trouble or yelled for it. Your parent preferred your school to raise you and wasn’t interested in communicating with your school, attending meetings, or checking in on your homework. You weren’t allowed the ability to become independent because your parent didn’t want to be alone or thought they were protecting you. Your parent was extremely strict and didn’t allow you to do things other kids your age did out of fear, such as not wanting to teach you how to drive a car. You were made to feel guilty, indebted, or nervous and afraid in an attempt to prevent you from becoming autonomous.

5. You were called names or verbally insulted

What it looks like: You were called names as a child, especially when you made a mistake or upset your parent. You were either too skinny or too fat, never just right. When you questioned them, they said it was just teasing only to call you too sensitive or something worse. You were often mocked for your personality or humiliated in front of your friends or your peers. If your parents divorced, you were often compared to the other parent or were used as a pawn to create more strife between you. Your parent often argued with you or even competed with you to keep control over you.

“The Adverse Childhood Study found that survivors of childhood trauma are up to 5,000 percent more likely to attempt suicide, have eating disorders, or become drug users.” – Big Think. Dr. Vincent Felitti, the founder of this study, suggests that our childhood trauma is what’s making us sick as adults. I agree.

Our inner child, or rather the younger self, doesn’t vanish once we become an adult. It’s always there – inside each of us – reacting when we get triggered as an adult. When we respond from the wounded place, life gets messy. It leads to people-pleasing, aggressiveness, rigidness, unstable relationships, trust issues, addictive behaviors, self-blaming or self-hatred, manipulation, neediness, shame, and adult temper tantrums. Most of all, it blocks our ability to obtain success.

I can be posh. I can also revert to the humor of a 12-year-old boy.