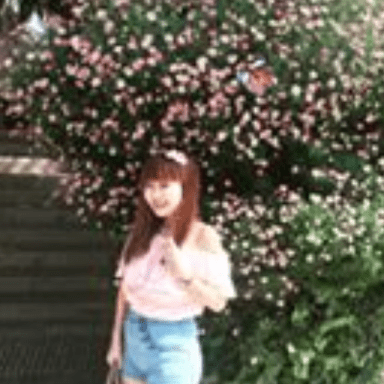 Don’t go back to him because it’s the easier thing to do. It’s easier to be with him than to be single and navigate the scary world by yourself. It’s easier to let yourself believe that both of you are soulmates than to confront the hard truth that you and him have grown apart. It’s easier to take him back because he was all that you know and without him, you’re lost not knowing what to do.

He was familiarity, your safe haven, and the one whom you thought you could depend on. But love isn’t about settling with someone just so you wouldn’t be alone.

Love isn’t reaching out to the next available companion because you’re lonely. Love isn’t ignoring your own need and tolerating toxic behavior believing that you’re unworthy of meeting someone better. Love isn’t going back to the one who hurt you the most expecting him to heal you and make everything okay again. Love isn’t neglecting your own self-love and waiting for someone to save you.

I know that life without him is hard. It’s one of the most difficult things you have to do. Since he left, you have been trying all you can to be strong when it’s the last thing you want to be. You’re sick of waking up in the morning without seeing his text. You’re heartbroken at the broken promises and shattered dreams in the aftermath of losing him. You’re angry at the way he treated you and moving on from you so easily as though you barely mattered to him. You’re tired of having your heart broken again and as much you don’t want to, you start to grow disillusioned with love.

He was the one who filled your mind with hopes and dreams of a future with him. He had his flaws yet it seemed that when you were with him, nothing else mattered. And a part of you may be worried that you could never find another like him again.

But the thing about moving on from him is that you have to accept that your story with him had ended. It is less about looking for closure but rather it is putting your well being as a priority.

That for whatever reason and for better or worse, it is now your own responsibility to pick yourself up and move on. Sure, he may be a terrible person for breaking your heart and you blame yourself for not seeing it coming. You feel ridiculous and even ashamed for not being able to let go because even after weeks and months, you’re still hung up on the past.

But it doesn’t matter how long or short the relationship is, your pain is valid. Take as long as you need to because healing is a continuous process, one that you simply couldn’t rush. You feel that you’re stuck in the darkest tunnel for the longest time and you’re losing hope. Trust me that this dreadful time will pass soon. As long as you keep trying and moving forward even if it is a tiny step each day, you will begin to see the light at the end of the tunnel.

It’s okay to miss him and even want to get back with him but as long as you ignore that urge to contact him, this incessant need will dull and you’ll gradually get used to a life without him. A new life that you will soon realize is better than the one he could ever give you.