Report This Article
What is the issue?
This post is not sponsored. All opinions and thoughts are my own.

Here’s something you need to know about me: I’m not a health junky or a fitness guru, like, whatsoever. I haven’t worked out since my freshman year in college when my roommates dragged me to go rock climbing in the gym and I practically died of lung exhaustion.

For the past year I’ve been writing for a living which has caused me to feel a bit more uncomfortable with how my body looks and feels (also a new Thai restaurant joined my neighborhood and I practically bought stock there). Anyways, since Spring is in the air, I figured I would attempt to deep clean my body (instead of my closet). Without further ado, say hello to Jus by Julie!

For this cleanse, you’re supposed to prepare your body for the detox a few days beforehand, which I DID NOT DO. The night before, I had happily nursed a few glasses of Merlot and had lots of cheese for good measure. Note: Do not follow my mistake. 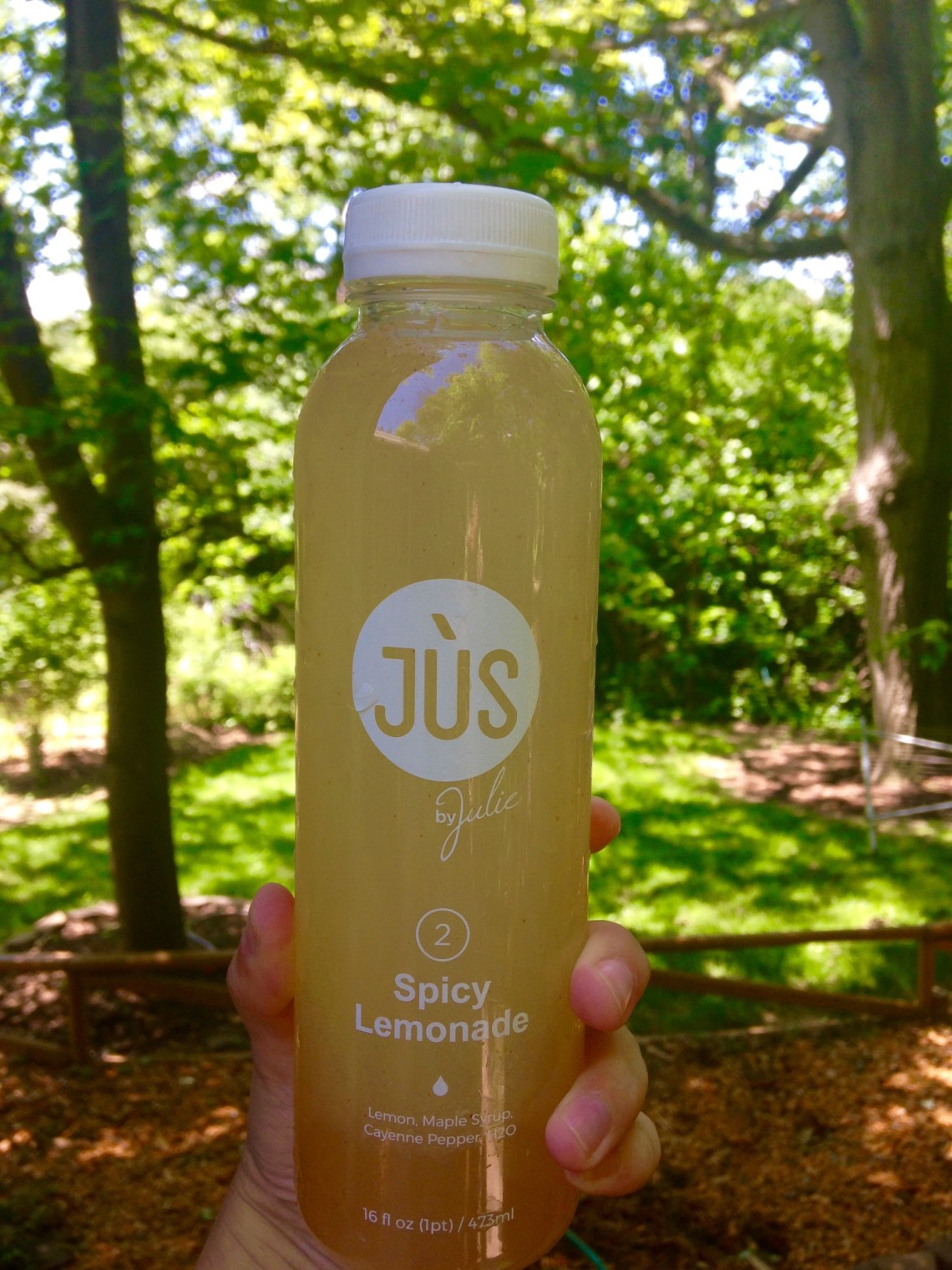 I woke up around nine and made myself a cup of coffee with almond milk (which might be against the rules, but I’m not trying to die guys, okay?) After finishing up my steaming cup of dark roast goodness, I greeted my breakfast: juice. More specifically the ‘Sweet Spin’, and boy was I pleasantly surprised. It tasted AMAZING and I felt healthy as fuck. I was giddy and unusually optimistic that this cleanse would be easy as pie (OMG PIE).

Around noon, my stomach was getting whiny so I opened up juice number two called ‘Spicy Lemonade’. I was super nervous about this one because the third ingredient was Cayenne pepper and how could that be even remotely yummy?! Again, I was blown away by this bottle of goodness. I felt like Beyonce except less cool.

Now, here is where things started going downhill. My body started to freak out. It was like, LAUREN, WHERE IS YOUR THAI FOOD?!  I opened up the third bottle with a splitting headache, annoyed that I was already hungry. Unfortunately ‘Raw Green Protein’ was not as yummy as the first two blended juices. The website said it was supposed to taste like a caramel apple in a bottle, but it’s just not the same as actually eating one.

Around four, I was met with angry stomach growls that I tried to ignore by chewing lots of gum and laughing about how much I sucked at this already. I had three more juices to go through, but truthfully, all I wanted was McDonalds (sendhelp). With not much enthusiasm, I opened up juice number four called ‘Chia Berry’. GUYS, BLESS THIS JUICE. It was the perfect amount of sweetness to help me not make me drop this cleanse all together. As soon as that drink hit my lips, I heard literal angels singing (or I was just hallucinating from lack of food).

By six, while my mom was chowing down on grilled chicken and heavenly roasted vegetables I opened up bottle number five: ‘Matcha Chia’ which tasted like pineapple goodness! I thanked the juice gods and ended my day with juice number six ‘Xtreme Greens’. This one was also a bit hard to stomach just like ‘Raw Green Protein’, but I’m kind of a baby when it comes to food to be quite honest. I’m sorry, I just really do not like drinking kale.

I fell asleep around midnight, dreaming of a castle made out of noodles and fuck boys around the world turning into pizza.

Thought of the day —How do sane people make it through this cleanse?! HOW? 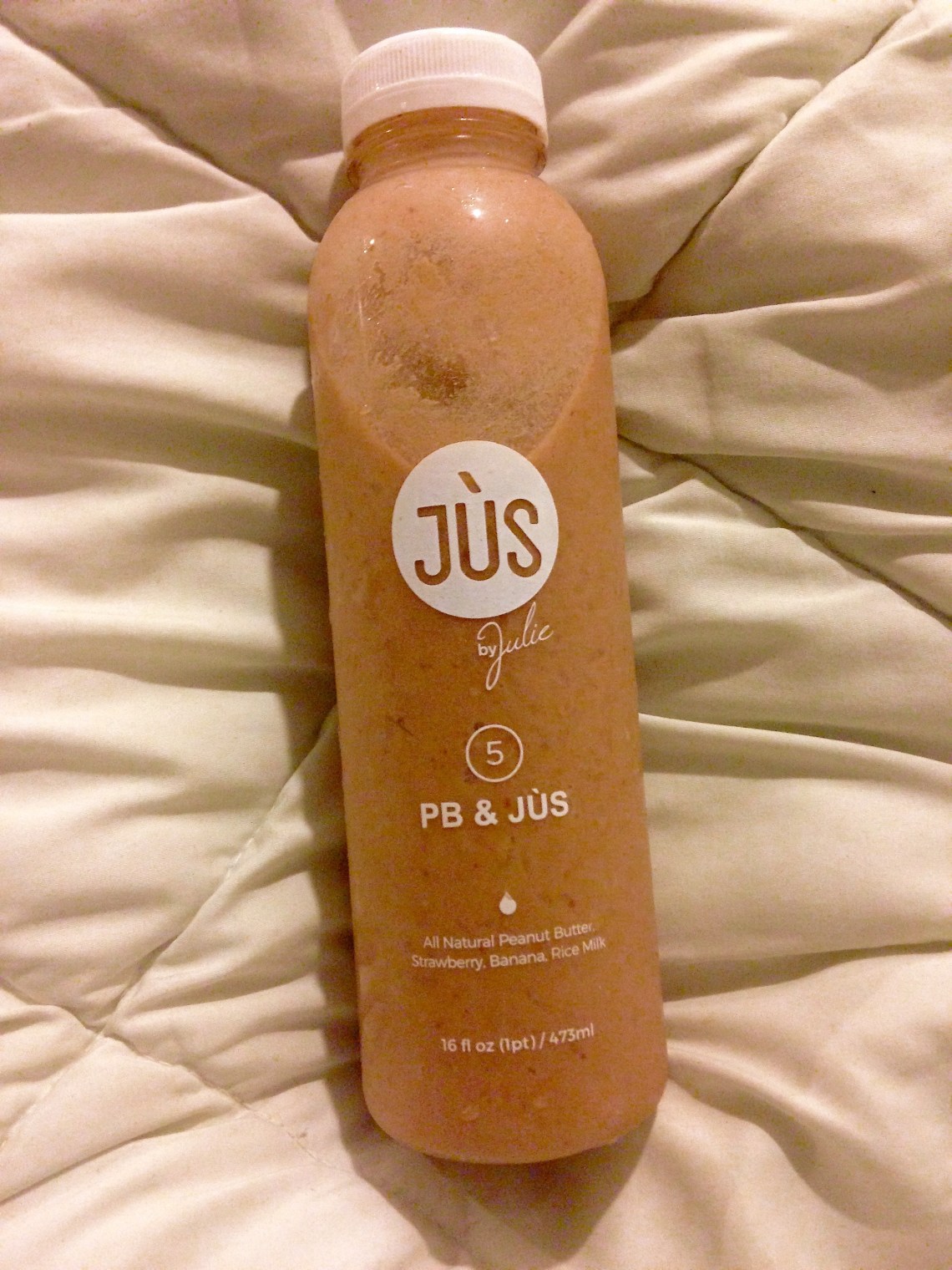 I woke up later than usual, but with no headache or hunger pains. I was unusually energized and excited to enter day two. Right away I chugged my first bottle, still very much in love with it! Around one, I drank my ‘brunch’ aka ‘Spicy Lemonade’ which was just as good, if not even better than yesterday.

I have to admit, I skipped drink number three (Raw Green Protein). I just couldn’t do it, Julie. I’m sorry! Around three, I happily drank my fourth juice, ‘PB and Jus’. This literally tasted like they took a peanut butter and jelly sandwich and blended it all together. It sounds weird, but let me tell you, this was exactly what I needed to keep me going.

As the evening rolled around, I found myself not feeling as fuzzy or discombobulated as I had in the previous day BUT I did take it upon myself to eat some egg whites after finishing up my last two juices, and guys…I have never eaten anything so fast in my entire life. 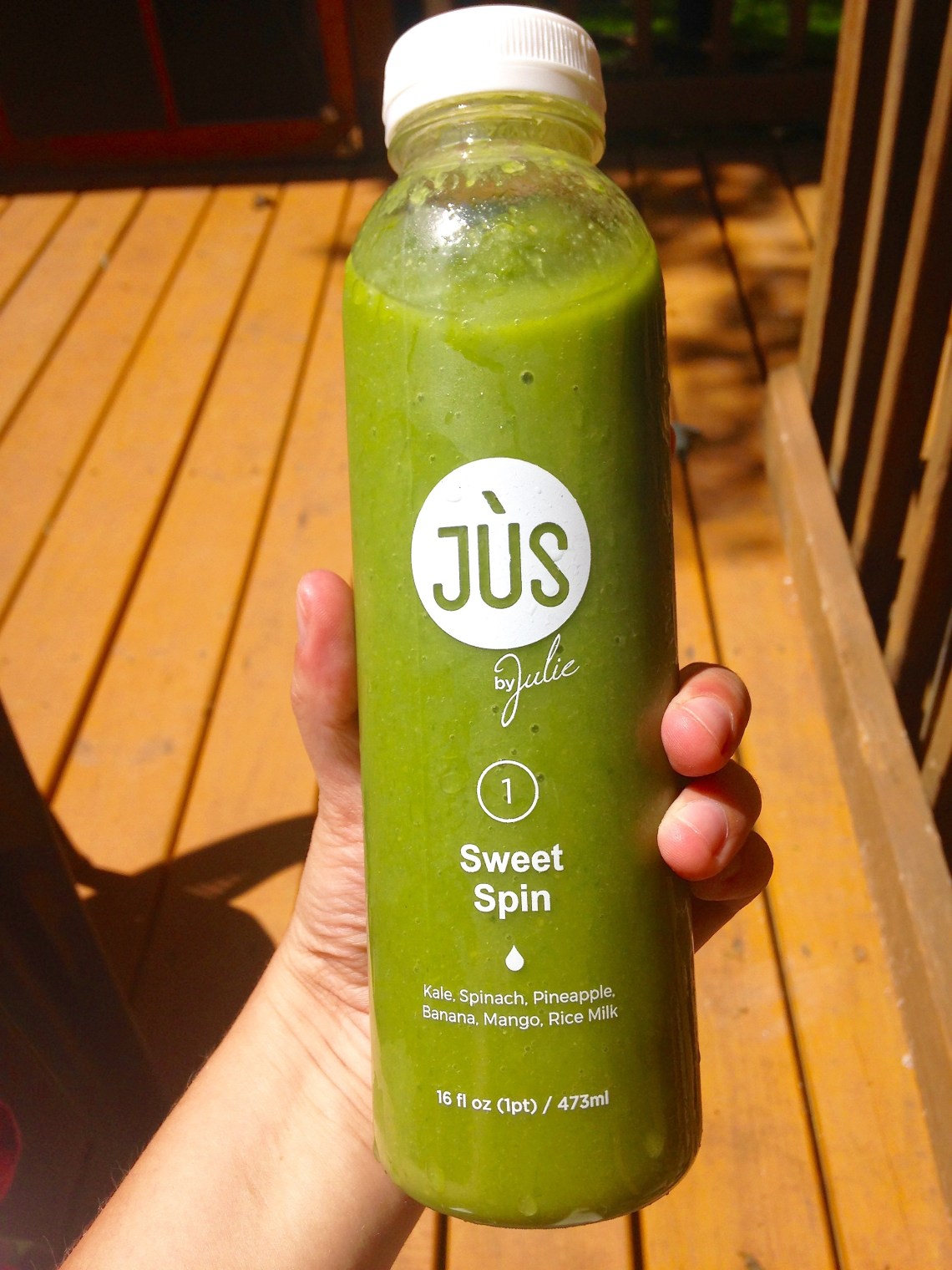 Guys, I did it! Kinda. Okay scratch that, I failed. I drank my first bottle of ‘Sweet Spin’ for breakfast, but felt so hungry around noon, that I caved and had some lunch and it was HEAVEN. I’m not going to lie, I’m reallllly looking forward to eating like a normal human being tomorrow!

I can see myself doing a one day cleanse in the far away future, but I think the three day cleanse was just too intense for me. My body was detoxing like crazy which resulted in some not so fun symptoms, but I survived (yayyyy)!

So, here’s to drinking more yummy juices and feeding our bodies with some leafy greens instead of takeout Chinese food every day (brb, ordering stat).

Diary Of A Juice Cleanse

I Went On A Three Day Juice Fast And Failed Miserably!

13 Things They Don’t Tell You About Juice Cleanses