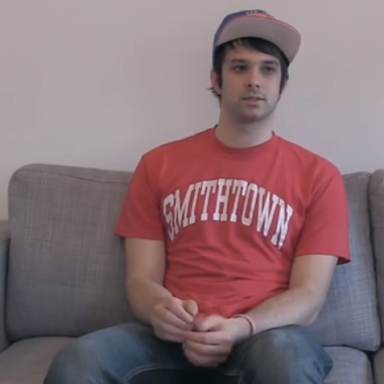 Whether or not you’re making a big ole mess of the night, New Year’s Eve probably can’t exist without Drake.

Hold On, We’re Going Home can work on multiple levels. Hopeful enough to get the gears turning for a memorable evening/early morning, but reflective enough to “tuck in” 2014. As a NYE song, Aubrey is essentially telling us to just sit tight for a few hours — and then we’ll be onto what’ll hopefully be a much better and brighter 2015.

Nick Jonas’ jam seems to be throughly dominating the hit music stations at the moment, firmly entrenching itself within the rotation of 5 songs that are played every time you turn on your car engine. Jealous is very “now,” in the sense that most people have heard of the song, not everybody knows its Nick Jonas, and it’s got a good narrative arc to it — when you tell someone that this song is by one of the Jonas Brothers, the reaction is generally surprise, then a gradual buildup of intrigue and admiration. Not to mention, a nice NYE-style anthem for any variety of relationship (or lack thereof).

If this was an ordered playlist, this would be way too early. At any sort of social gathering, it’s always a good idea to pepper in what I like to call a “Randall Cunningham” song — a song that was quite popular in the 90s, but a song that nobody has really thought about it a long time. Everyone will be on board.

If you’re not looking to worry about all you’re pressing life issues, this is the song for you. Have a great time tonight, and have the freak out tomorrow.

This year (and I’m sure I’m not the only one here), I found out about multiple deaths via Facebook — not necessarily people I’m close to at the current moment, but people I had interacted with for relatively prolonged periods of time in the past, people I went to school with, old coaches, etc. Finding out about these passings on Facebook is a great way to make you feel thoroughly awful about yourself — first you see some sort of hint, then you of course need to investigate further, then you get distracted by an article that’s about nothing other than taunting you for clicking on that article, then you hate yourself, and then you try and figure out how exactly that person died. It’s almost like trying to figure out if someone you’ve fallen out of touch with got a new job, or if they moved to San Diego.

There needs to be some sort of song that humanizes the process, and for the purposes of a New Year’s tip of the cap to those who have departed too soon and were then learned about on Facebook, here’s a sad, but a “this is what reality it now”- type tribute.

6. I Don’t Want To Be In Love (Dance Floor Anthem) – Good Charlotte

Doesn’t just have to apply to being in love. Can also apply to a job, a living situation, or a particular resistance to falling for your rommmate’s favorite television show. If you end up binging it, he wins.

Similar to the Randall Cunningham effect in #3, but more of a pleasant surprise. There are certain songs that most people know a surprising amount of words to, and ‘Torn’ is one of them. (Based on my very unscientific studies of playing this song in various social situations, it is clear that many people — particularly males who you definitely wouldn’t expect to know the lyrics to ‘Torn’ — know an impressive amount of lyrics to ‘Torn’.)

This is a classic “I’ve heard this song before, but don’t know anything about it” type song, which is always a good thing to have at any sort of social gathering — it’s trending upward, it hasn’t yet broken the plane of mass appeal, and everybody knows it from that one commercial that they can’t quite place.

This song played at the finale of one of my favorite television shows of 2014, which I will not name because naming that show would ruin the effect that the excellent placement of ‘Closer’ had on the finale.

Anyway, ‘Closer’ is an upbeat song that can be applied to situations that aren’t necessarily upbeat. A perfect remedy for a more melancholy year-end recap.

There are many songs that could’ve fit the bill — but as time plunges recklessly forward, it’s always assuring to remember that some songs are undeniably timeless.

She Bragged About Spending $40k/Month On Her Appearance. Here’s Where The Money Really Came From.