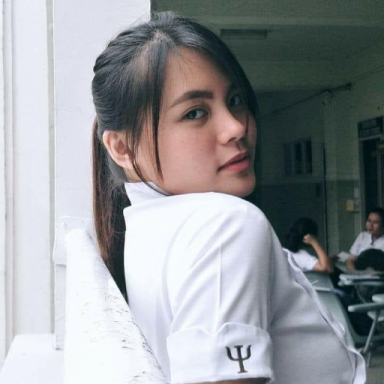 So whoever you are, you imperfect human being, take the time to read this.

Cheers, because these are all the things we should have learned and let go of this year.

You have the habit of putting yourself first. You may not be aware of this but you strive hard to get to the front line, whatever it takes you just have to be right in front of everyone’s asses. What you don’t know is that this is how you mess your relationships up with other people.

You’ve never considered other people’s feelings as long as you have considered yours. And someday you will get a taste of your own medicine.

You are a great fighter and you know it. You always want to have the last say on things, whether big or small. But you should know that winning won’t fill the gaps when you disappointed the people you love.

You have to choose your battles. You may win petty fights now, but lose important things in the end.

You are known for being a keeper. You are the type of person who just never gives things up. You’ll fight until the end, but you should know that not all things are worth fighting for.

Please know that if something no longer makes you happy, you have to let it go.

Nurturing other people makes you feel fulfilled. You take care of others more than you take care of yourself. So when it’s time for them to grow up and leave you behind, you end up being all alone.

It’s not wrong to love others, what’s wrong is to not love yourself enough. Learn and let go.

You are always dependent on the validation of others. You live for their opinions, you want them to agree before you do something for yourself first.

Although it is not bad to seek other options, you block away your main desires for what others have to say. In short, you don’t trust that your choices will make you happy unless someone else has said that it would.

Remember that self-worth can only come from you and not from other people.

Oh, Virgo. Known to be the most perfectionist of all. You have high hopes and expectations for every single thing and admit it, you had a lot of disappointments.

Having high standards isn’t bad at all, but you have to make sure that even if life throws you a different situation, you won’t get too overwhelmed and hate yourself for it. Sometimes things don’t go the way you want them to, and that’s okay.

You are like a bird with a broken wing. You still try to fly no matter how hurt you are. And what’s worst is that you still try to fix others when you can’t even fix yourself.

It’s like the healing of others makes you feel a whole lot better than actually healing for yourself. You try to be strong for other people even when you can’t stand up on your own.

It’s okay to ask for help.

This year, many people have wronged you. Many people hurt you whether it’s intentional or unintentional. But whatever the case was, you have to learn to forgive them and start over.

You holding grudges against the people who tried to bring you down will only tire you out. It is not them who will become affected when you fill yourself with hatred. Forgive them and move on.

You are known to be the most adventurous, but don’t use that excuse to run away from certain situations. You may be open to new possibilities but don’t take your relationships with other people for granted just because you want to try something new.

Running away is different than wanting to experience something new. Face it.

What is it that you are so afraid of? Let go of the fear and accept new challenges that can help you grow.

You prefer to be smart than be loveable. You prefer the built-up walls than the hugs from the people who love you because getting attached is so hard for you.

It is not wrong to be so guarded and it is not wrong to limit yourself of how much you’re just going to give when you’re loving someone, but know that by doing this you’re lessening your chance of being happy.

You don’t trust others to handle you with care. You are always second-guessing the people who come near you. Maybe because you’ve come to be so independent or you’re just used to people abusing the power of having you.

Next year, promise to soften more and treat yourself less fragile than you are treating yourself now. There’s someone who knows exactly how to treat you right.

Let us now say goodbye to 2018. The year that made us grow so much and change for the better. The year that we can no longer get back. Let’s look forward to 2019 and hope that happiness is on its way to us.

And promise me that you will hold on.

You are me and I am you.