Do you want to travel, but you’re afraid of putting yourself in harm’s way if you do?

Traveling the world, especially solo, is super rewarding but it can also be pretty intimidating, not to mention, your friends and family might be worried and trying to talk you out of it.

To make it easier to pick a stress-free spot, here’s a list of the 50 safest countries in the world. The list was compiled with information by independent think tank, Vision of Humanity, based on 23 different factors including political stability, violent crime, homicide, and many other measures of safety and security. The lower the score on this list, the more peaceful the nation.

With those rankings in mind, here are 50 of the world’s safest countries, and why they should be on your travel bucket list:

Iceland is so safe, people actually leave their cars running with their keys in the ignition when they go to the grocery store. Now that’s trust!

Denmark has never been ranked lower than in sixth place on the list! That’s a pretty solid track record.

Austria ranks so high thanks to peaceful relations with neighbors and has one of the lowest crime rates in Europe.

New Zealanders are welcoming and accepting people and the country is run by one of the most-trusted (by its own people) governments in the world.

Violent crime is extremely rare in Switzerland though you should keep your eyes open for pickpockets!

Thanks to a strong respect for civil liberties, the democratic process and human rights, Finland is one of the safest countries to visit, particularly Lapland, where people leave their front doors unlocked.

Canada scores well for low levels of violent crime and its government’s policy of multiculturalism where citizens are encouraged to maintain their traditional values and ways of life.

Japan experiences extremely low levels of violent crime and has very strict gun laws in place. Robberies are almost non-existent when compared to the western world.

The most dangerous thing in Australia is actually the wildlife! Australia has 72 species that are considered dangerous to humans.

Food and water is very safe and Czech has a very low number of reported outbreaks with water and food troubles.

Though pickpocketing is something to look out for, just a bit of common sense can keep you safe in Portugal.

Score: 1.354
While opportunistic theft is common in Ireland, personal attacks are very uncommon.

Petty theft is common, particularly in Brussels, Antwerp and other urban areas, particularly around major train stations. Violent crime, however, is not.

Slovenia is less visited than its neighbors in Europe, so with the combination of fewer tourists and less crime, it makes a pretty awesome destination!

Violent crime in Germany is rare, but be careful of petty theft, especially in the big cities like Cologne and the talented pickpockets in Berlin.

Norway has a high respect for human rights and personal freedoms, and boasts very low crime rates, especially compared to the US and other parts of Europe.

Tucked away in the mountains and less accessible for the normal tourist due to costs of traveling there, Bhutan is the only Vajrayana Buddhist nation in the world and maintains a peaceful atmosphere.

Poland has risen in the ranks lately thanks to an increase in their police force and a lower homicide rate than some of its neighbors.

With a much lower crime rate than many other popular European countries, violent assaults are rare in the Netherlands.

Most visitors to Spain never encounter a problem and those who do mainly report pick pocketing and muggings. Barcelona is rumored to have the worst pickpocketing rates in the world.

People in Hungary are hospitable and are welcoming of visitors, just beware of a few scams before visiting and you’ll be good to go.

Civil disorder is rare in Slovakia and as a tourist, most violent crime won’t target you.

Singapore is famous for having laws so strict, you can’t even spit on the ground or chew gum. The city is clean and safe to wander around, even solo.

Mauritius is an island in Africa known for great scuba diving, it also has nice, clean food and water.

Many visitors claim that Romanian people are some of the most friendly and warm people in the world. Romania is also the fourth fastest growing tourism destination in the world, growing 8% each year.

While in Croatia, travelers can feel safe when drinking water as all tap water in Croatia is safe to drink. History buffs will also appreciate that archeological findings that date back to 6300 BC show that Slavonia is possibly the oldest town in Europe.

Hundreds of years ago, Malaysia was part of the international Spice Route, which has turned Malaysia into a country of many different cultures. Malaysia is one of the most multicultural countries in the world with a wide range of practiced religions and faiths, making for a very peaceful country.

Chile is home to part of Patagonia, Easter Island, and the driest desert in the world, the Atacama Desert. The people of Chile have a deep respect for religion, the public, and law enforcement, which makes for a very peaceful country.

The people from Qatar have a strong desire nowadays to reconnect with their past heritage and culture, lending to a unique cultural experience for visitors. English is a widely spoken language in Qatar as well

For those who love wildlife, Botswana is one of the best countries for safari, not to mention the fauna of the famous Okavango Delta.

Traveling from region to region, travelers will witness different traditions and rituals that are specific to the area they are in. An important part of Bulgarian culture is music and dance, which is something Bulgarians from all over the country will take part in.

The people of Kuwait have very strong ties to one another, mostly based on religious celebrations and an emphasis on family relationships and strong community ties.

Costa Rica has a mostly stable economy thanks to their tourism, agriculture, and exports. It’s also loved by surfers and animal lovers thanks to its jungly national parks.

Originally populated by indigenous tribes, Taiwan is now mostly home to Han Chinese who emigrated from the mainland shortly after the PRC’s establishment. Though there is some threat from China, Taiwan itself is a peaceful place and great for travelers.

Apart from some petty theft, Italy is a mostly safe country for visitors and has some of the best food culture in the world.

Lithuania has over 3000 lakes, forming a lake district in the north-east region. Lithuanians are proud of their unpolluted fresh air, and preserved nature.

Telling a long and fascinating tale of Vikings, queens, and medieval merchants, Estonia’s history goes back to 9000 BC. Today, Estonia is a thriving modern world and home to the founder of Skype.

A diverse country with lovely countryside, about 54% of visitors to the UK are heading there to visit London and only 2% visit Wales. Want to branch out? Go to the rural areas!

In Latvia, one of the biggest dangers is actually falling icicles! If you head there in the winter, don’t forget to look up!

The people of Laos have a high respect for courtesy and hospitality, which extends to visitors to their country as well.

Most visitors report feeling safe in South Korea, which has a low crime rate and a high quality of life. It ranks where it does on the list due to strained. relations with its neighbor, North Korea.

Mongolia is mainly dominated by Tibetan Buddhism, which is rooted in peace and respect. Every Buddhist Mongolian, once in their lifetime, should attempt to make a pilgrimage to the holy city of Lhasa.

Though it receives less tourism numbers than its neighbors, Uruguay is a relaxed place to travel through. The secular state of Uruguay has complete freedom and understanding of religious worship which helps to keep the peace.

France is home to 41 UNESCO sites and the ideal destination for culture and foodie lovers. Most dangers there stem from petty theft.

Throughout Indonesia, flora and fauna are protected in 44 national parks on land and sea. There are also botanic gardens and zoos in addition to protected reserves for ecotourism. Women are advised to cover their shoulders and knees to ward off unwanted attention.

Serbia is beloved by visitors for its hospitality. In Serbia, a traditional welcome to visitors will include homemade bread dipped in salt, a preserve made from local fruit or honey, and water or wine. The point of this warm welcome is to show the love and care that Serbians have for their guests.

Though Namibia only has a population of 2 million, this includes at least 11 ethnic groups all celebrating their unique traditions and cultures. It’s a desert country full of sand dunes and rugged landscape.

Street crime is common in Senegal but if travelers stick to the well-traveled routes within the country, potential crime is reduced.

The UAE has strong ties and commitment to their local heritage combined with international influences. This interesting combination makes for a mix of Islamic traditions and the freedom for foreigners to wear what they want and practice their own religions and traditions.

Like this article? Read more by Kristin Addis here. 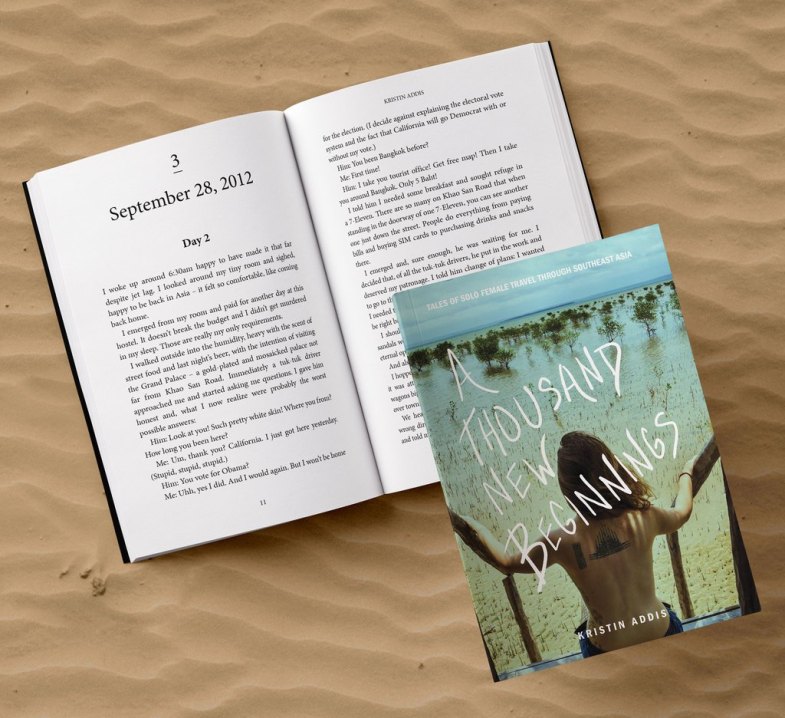