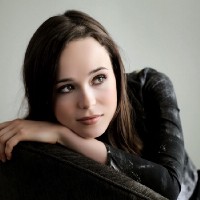 I’ve written before that I’m not sure about marriage.

I understand its conventional value in society of yesteryear (when women, especially, didn’t have economic rights), and I even understand its emotional value for many people today. But that being said, for the most part, I don’t really “get it,” and while I am so happy when my friends and family get married (if they want to), I still can’t help but feel: it’s not for me.

That post was one of my most popular to date, with 24,000 claps on Medium. And I still stand by the message.

But with time I’ve realized: it’s not just marriage that I question, but our whole notion of “forever,” overall.

Why are we so hung up on “forever?”

Is our preoccupation with “forever” ever REALLY anything other than fear?

We’re afraid of living life alone and having to go through life day to day by our own choices alone.

We’re afraid of missing out.

We’re afraid of losing social status. Gender aside, I think many people perceive marriage as some part of having “made it” in life, and lack of marriage somehow an “incompleteness;” a fail.

But it’s not just marriage — it’s a will for “forever” overall.

And I group myself in here. Or, at least I used to. I used to imply the measurement of my affection for my boyfriend, or the worth of our relationship, by saying “he’s already forever for me.”

And I thought this was real swell — a real testament to how “Good” we were!

And now, equally, I feel compelled to clarify: we haven’t broken up. (And I don’t want to.) I’m not saying this because things fell apart.

On the contrary, I realized that we cling frantically to these far-off intangibles and we spend our lives in fear of losing them when in reality… why?

Why are we all so hung up on “forever?” Why does “forever” mean more to us, happy or otherwise, than “happy for as long as it lasts” might mean?

I guess this thought process started because…

It’s not cute. And yeah, to be fair, I’m not married so what do I know?, but every time I overhear someone joking about how much they dislike their spouse, or bad-mouthing them, or joking about how terrible they are, it just makes me feel so sad inside — for both of them.

Because bad-mouthing a spouse means saying: “I value something else here more than my own happiness.”

And that “something else” is certainly not “a good marriage,” otherwise they wouldn’t go around talking shit like this.

It’s comfort. Social status. Security. Something — something else. And it makes me sad.

And if they were happy, I wouldn’t question it. But with all these people “joking” about how much marriage and/or their partner sucks, I’m just like “get out then!”

And it makes me wonder: why are all so hellbent on “forever?”

I understand that this is a values thing. I get that. I know.

And I get that the point of marriage isn’t actually happiness. (It’s a ton of other things, and sometimes it isn’t happy.) That’s fine. But then why do we all make such a point of complaining that it sucks?

At the end of the day what I’m asking for isn’t for everyone to go running off in their own directions, or leave spouses or families high dry.

My point is that maybe instead of shooting for some mindless “forever” and unhappy “Marriage,” just to check a box, we should instead be shooting for “Good Partnership” (or marriage, if we want it), and to make it good enough to last — actually last, not drag us — for as long as we’re investing and it offers happiness back.

This article was brought to you by P.S. I Love You. Relationships Now.