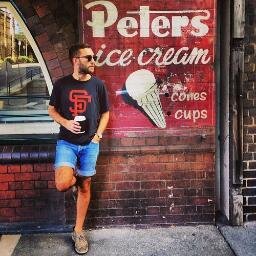 During the summer of 2012, while I was abroad in Paris, I had my first real experience with HIV. I was 19. I arrived to Paris in late June, and had plans to meet up with a guy named Luc, who was 11 years my senior. We met via Twitter, which seems to be far too common in the gay community.

Luc took me out to dinner on my first night in Paris — we went to a restaurant on Rue Soufflot in the 5th, a short walk from the Pantheon. I do not remember what I had for dinner, but I do remember having great conversation with Luc. He was mature, and I found his struggle with the English language oddly attractive. Luc wasn’t necessarily who I generally find myself dating, but I needed a Parisian guide and Luc was willing to show me Paris the way I ought to see it. He kissed me on the cheek at the end of the night. I remember wondering if he liked me or not, and if the kiss was because of politeness and proper European decorum, or if he actually wanted to kiss me on the lips, but didn’t want to make an inappropriate pass.

For the next seven weeks, Luc and I constantly spent time together. He took me to the Pompidou, and to the gardens at the Louvre, and to a Madonna concert on Bastille day, and to the 19th on a beautiful Sunday afternoon to have a beer at a gay beer garden. He arranged a dinner for my 20th birthday at an Italian restaurant near Hôtel de Ville. He gave me a lomo for my birthday gift, even though I had asked him not to get me anything at all.

About two weeks into dating Luc, I began to think that it was odd that we had never done anything but kiss. Some guys like to take things slowly. Maybe he doesn’t like me that much. I had asked Luc why we never did anything but kiss on a couple of occasions and his excuses always made sense. “I can’t have you sleep over tonight, I have work early in the morning,” and, “I want the moment to be perfect.” I remember at one point, I was taking the Metro with two of my friends to a Chipotle that had recently opened off of the Richelieu-Drouot stop. “Maybe he has AIDS. Why else would he not want to sleep with me?” I made the comment in jest, thinking that there was no way that Luc could have HIV or AIDS and not inform me.

Two nights before leaving Paris, a group of friends, Luc, and I went out for drinks. We all got very drunk and I thought that seeing as it was my second to last night in Paris, Luc would want to sleep with me. Again, he made up an excuse that made sense (I can’t remember the exact excuse anymore), but he insisted on bringing me back to my dorm. During the cab ride back, he said that he had something to tell me. “I’m HIV positive.” I don’t remember being shocked, but I do remember being deeply upset and scared. I remember being mad at him for not telling me earlier. “I’m so sorry, I just didn’t know how to tell you.”

I woke up the next day with a terrible hangover, and I emailed my teacher who I was taking a photography course with, letting him know what happened the night before. My teacher was a gay man in his 30s, so I assumed he would know the right thing to say. His response to my email was this:

“As for the story about your French Homme last night, I actually think it’s another manifestation of Mapplethorpe to you which you could consider as a kind of blessing! He seems to be close to you somehow and that is actually wonderful! Even if you would have had sex with your homme (I don’t understand how you were able to control yourself) I’m sure you would have practiced it safely anyway, so there’s really nothing to have a breakdown about! Remember that great quote from Jerry Tartaglia’s “Is what was” film: “I don’t want to see another generation fall victim to Nazism or American AIDS atrocities” implying that from the onset the AIDS virus was used to create fear and to de-sexualize the homosexual male. We now understand that it is treatable and it WAS from the onset, but we were mislead to believe in the myth of condemnation and punishment for our sexual behavior!”

He ended the email with a photo that Peter Hujar took of David Wojnarowicz, and told me that I should read Wojnarowicz’s Close to the Knives: A Memoir of Disintegration.

Two weeks ago, I graduated from NYU, and when people asked me what I was most excited about post-graduation life, I always respond saying, “I just can’t wait to read a book for pleasure.” I had remembered my teacher’s book recommendation, and decided to read Close to the Knives. In the book, there is a chapter titled “Living Close to the Knives,” where Wojnarowicz describes the AIDS related death of his friend and lover Peter Hujar. In the chapter, there is a part where Wojnarowicz recounts a story of when Hujar goes to breakfast at a restaurant called Bruno’s in the East Village. At the end of Hujar’s meal, Bruno himself came up to Hujar and asked Hujar if he was ready to pay. Hujar said, “Yes, but why?” Bruno then threw a paper bag on the table and said, “You know why, just put your money in here.” Bruno then came back with Hujar’s change in a different paper bag, again threw it on the table, and told Hujar he had to leave.

The other night I watched HBO’s The Normal Heart. There is a scene in the film where Taylor Kitsch’s character, Bruce, brings his boyfriend, Albert, on a plane to see Albert’s mother before he dies of AIDS. In the scene, the pilot of the plane refuses to fly the plane because Albert has AIDS. Bruce and Albert sit in their seats and act as if the pilot’s actions aren’t grotesque because they knew that protesting would do nothing.

I am a young, educated gay man, and even though I knew things in the above stories had happened, I never realized how much suffering previous gay generations had to go through so that my generation could express itself as freely as it does today. I can’t only fault myself for my lack of knowledge though, because the history of gay men and the HIV/AIDS crisis is rarely written into text books. I never learned anything about any gay men in grade school/high school, let alone the struggle that they went through. As a result of my lack of knowledge of the history of gay men in America, my attitudes toward HIV/AIDS were largely uninformed and ignorant.

Lately, I have been wondering if I treated Luc the way that he deserved to be treated. Yes, he probably should have told me about his HIV earlier, but that didn’t give me an excuse to cast him off as dirty or “unclean.” As someone who is HIV negative, I am in no way more “clean” than Luc. He made a mistake at one point in his life, and I (and most gay men) have made the same mistake, yet he got HIV and I did not. Is that fair? Of course it is not fair, but that does not mean that HIV negative people have the right to deem themselves “clean” or treat people who have HIV/AIDS the way that Bruno or the pilot treated HIV positive people. Every time I go onto Grindr or Scruff and see people write “clean” in their profile, I want to reach through my phone screen and beat the shit out of whoever is on the other side, the same way that David Wojnarowicz wanted to beat up Bruno after Peter told him about his scarring breakfast experience. Those “clean” people should be ashamed to call themselves gay “men.”

Last month, Luc was in New York on a short trip with a girlfriend of his. I found out that he was here via Twitter. Why didn’t he let me know he was in town? Does he still feel bad for what happened two years ago? I texted him, and told him that we should grab a coffee before he left. We weren’t able to make it work, but I hope he knows that I do not harbor any ill feelings towards him, and I still feel embarrassed for the way that I had received the news of his HIV. Everyone deserves a chance — if anyone should know that, it is gay men.