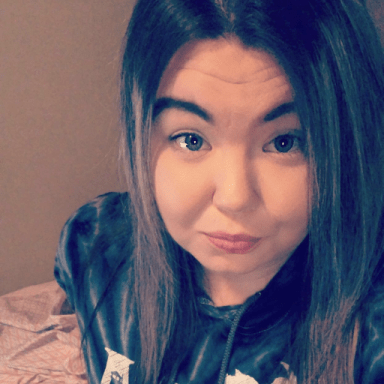 Social anxiety is a common mental health disorder that studies say have affected around 7% of the world’s population. That’s over half a billion people. Often, people feel like they may have some form of it but aren’t sure how or why they may be able to relate. These are common traits found within people who have social anxiety. See if you can relate to any of them.

Everything. How your voice sounds when you talk. How your body frame looks in an outfit. How your face looks in makeup. How your flaws look to other people. You are constantly viewing yourself from someone else’s perspective. You don’t want to be negatively judged or evaluated in anyone’s eyes, so you think about what you can do to make sure it doesn’t happen. Most likely your biggest trait.

2. You avoid going out

Any event or party that will involve a group of people you – for the most part – do not know makes you very uncomfortable. That’s just an invitation for people to potentially judge you and make you feel like you’re not good enough, not pretty enough, not handsome enough, not smart enough, not relatable enough. It’s easier for you to just stay at home.

3. It’s uncommon for you to initiate conversation

What if they don’t even want to talk to you? What if what you have to say isn’t that interesting? What if you can’t keep a conversation going? These are just some of the various thoughts running through your head at the possibility of starting up a convo with someone. It’s more apparent with people you do not know, but it can still sometimes affect you with people you do know.

4. It’s hard for you to meet new people

When it comes to strangers, you know absolutely nothing about them. What they like, what they think, what they know. So there are endless possibilities running through your mind of how they may read you. This causes an internal battle with yourself to decide whether you should approach or not because, what if they don’t find you appealing? How would it look to them if you randomly just came up and started talking to them?

5. You have not experienced much of what others your age have

The underlying fear of rejection and being negatively judged has caused you to miss out on things that other people you know have experienced. So you feel like you’re not interesting enough because you can’t share or relate very much to someone else. You feel like you’re lagging on the social ladder because there’s still encounters you feel you have yet to make.

6. You rely heavily on social media

Anything that’s trending or most liked will be found on social media. You are constantly looking for whatever will attract others to you, so you find yourself scrolling on Twitter, Facebook, Instagram, and whatnot for hours. This gives you an idea of what people generally find likable and how you can apply that to yourself to make socializing with people easier for you.

Alcohol, weed, whatever. You need something to numb the constant thoughts whirring in your mind somehow. Putting yourself under the influence will push those thoughts far enough in the back of your head to cause temporary relief. Substances give you the satisfaction of being comfortable around other people and not care as much as you do when you’re sober.

8. It’s hard to explain to your friends why you don’t want to go out

You know they wouldn’t understand. They don’t feel what you feel or think what you think in your head. For most people who have never experienced social anxiety, they don’t get that you may not feel comfortable being around people you don’t know at that moment. So you resolve to making up other “more relatable” excuses to save yourself from diving into a conversation you may not be ready to have.

9. You don’t reach out as much as you should

Do people even want to hang out with you? If they’ve said they couldn’t before, would they get irritated if you asked them again another day? How many times should you offer to make plans with someone before you come off as annoying? These are just a few things you think about when you want to get ahold of someone. Something as simple as texting someone and seeing what they’re up to worries you because you don’t want to put yourself in a place of possible rejection.

Most people with social anxiety have it because they experienced – or are currently experiencing – some sort of trauma or set of negative events at some point in their lives. Past negative experiences have established this socially anxious persona in you that you never want to have to relive again, so you don’t really talk about your personal life because you might think that there’s not so many good things worth sharing anyway.

The main cause of social anxiety is due to the fear of being rejected, negatively evaluated, or embarrassed in a social setting. This fear leads to people finding comfort alone rather than with others. If you feel like you can relate to any of these traits you could potentially have some form of social anxiety. Please be aware that this isn’t an official prognosis of any kind, but I would encourage you to really evaluate yourself and reach out to someone you love and trust to help you overcome this phobia.

Aspiring writer sharing her life lessons for those who need it