When broken down, one’s astrological birth chart is composed of three components: the signs, the planets, and the houses. These components combine to emulate a snapshot of what the sky looked like at a person’s time of birth. In astrology, there are a total of 12 signs, 10 planets, and 12 houses. The planet discussed in this piece is the sun sign; what it means, how to uncover what yours is, and more. 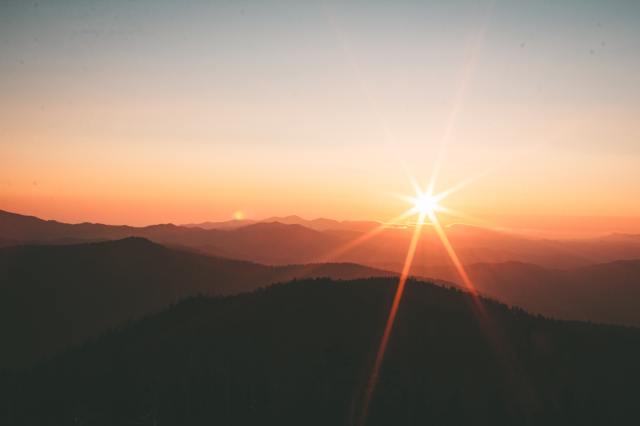 The sun sign, also known as the star sign, is what people qualify as your general “zodiac sign”. A person’s sun sign is determined by which constellation the sun was positioned in when you were born. It’s important to note that the sun planet can never go into retrograde and it has a one-year life cycle where it spends about a month in each sign. 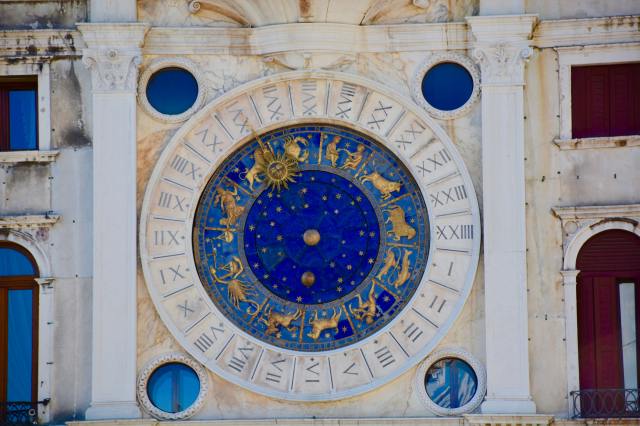 As stated before, one’s sun sign is commonly referred to as their main “zodiac sign”. Therefore, the twelve astrological zodiac signs can also be called the twelve sun signs. One can determine what their sun sign is by the date they were born because the sun spends approximately one month in each sign. The twelve signs and their date ranges are as follows: 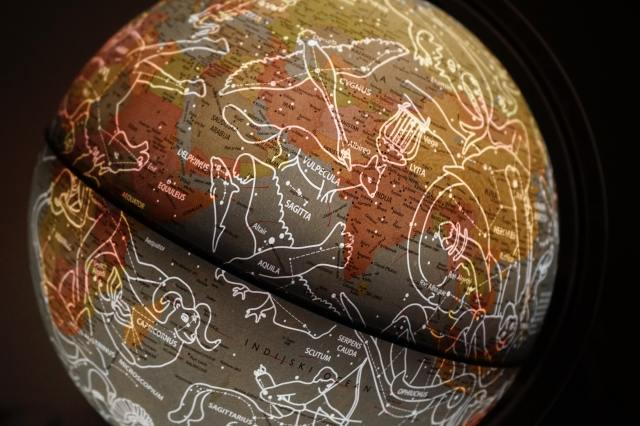 Each of the twelve signs falls within one of the four elements (earth, air, fire, or water). The element of a sign can determine a lot about a person’s personality and who they’re compatible with. The twelve signs in conjunction with their elements are as follows: 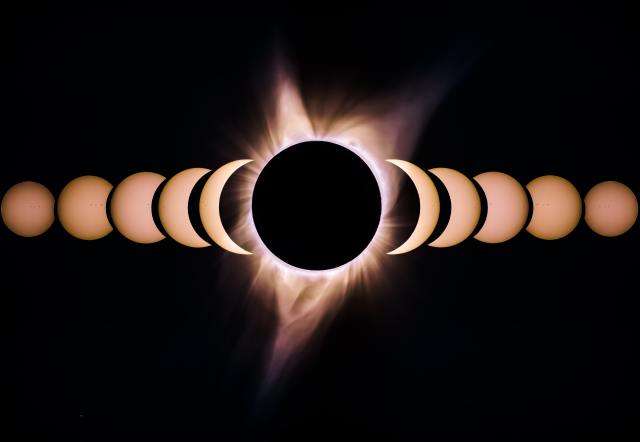 In terms of one’s astrological birth chart, the sun sign plays the role of the “boss”. The qualities of our sun sign lie at the center of who we are and the decisions we make. Often, the sun represents self-realization as our sun sign pulls us to learn who we are meant to be and how we truly want to act. All in all, our sun sign is centric to who we are, which is why the sun’s symbol displays a point of centrality and resembles a balanced circle: ☉.  Furthermore, because the sun lies at the core of our being, it influences every other planet in our chart and conquers who we are on a daily basis. 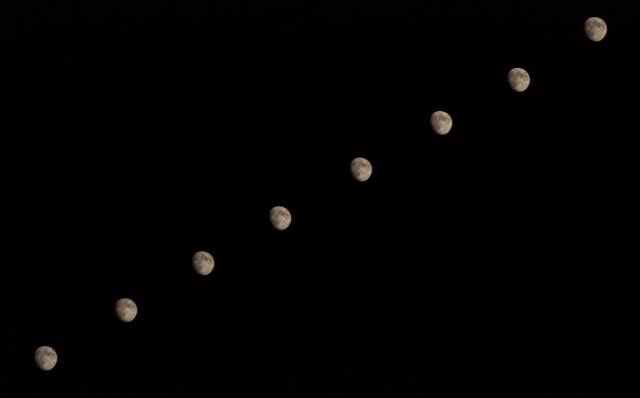 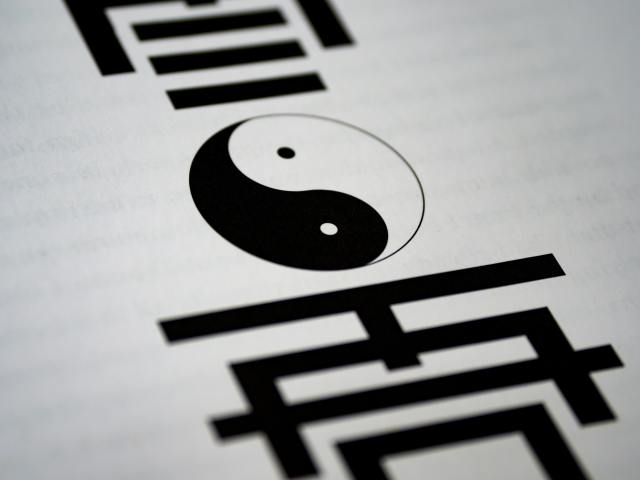 Those with their sun in Aquarius are known to be open-minded, empathetic, and friendly. They seek to better humanity and tend to love exploring new ideas and concepts that connect to the greater good. Aquarius natives are also known to be fabulous listeners. However, it’s common for an Aquarius to appear aloof or closed off as they enjoy taking part in a greater collective rather than individual endeavors.

Those with their sun in Pisces are known to be creative, deeply compassionate, and versatile. Pisces love to serve those within their inner circle and are adventurous in spirit as they base themselves in creativity and imagination. However, their love to serve can be detrimental to them when they feel it is not reciprocated. And their free-willing spirit can lead them down dangerous paths if they are not cautious.

When one has their sun in Aries, they tend to be very driven, ambitious, and active. Often, Aries are naturally inclined athletes and never shy away from being the leader. They love living in the moment, embarking on new adventures, and exploring fresh concepts.

On the other hand, those with their sun in Aries are often known to struggle with impatience. They also have a childlike quality to them that can be interpreted by others as charming, but at times can be taken as immaturity.

Those with their sun in Taurus are known to be reliant, dependable, and hard-working. Overall, they tend to have a fear of loss. Often this leads them to being trustworthy, compassionate, and loyal in relationships in an attempt to not lose their partner. However, in some cases, it can cause a Taurus to be possessive, jealous, or stubborn if they feel they are losing their grip on a person or thing. Focussing on detachment is key for a Taurus so that they can manifest the positive attributes of their sun sign.

Those with their sun in Gemini are known to be naturally curious, amiable, and outgoing. Due to their adaptability, they love to explore new relationships or study different fields, leading them to be very intelligent. This also allows them to be very perceptive and logical when it comes to problem-solving as they tend to want to understand both sides of an argument or situation. Due to their deep desire to live a full life, they often feel fulfilled when participating in several things at once. However, this drive to never be bored can cause them to be indecisive, undependable, and fickle as they may flit from one person, activity, or trade to the next.

Those with their sun in Cancer are known to be very sympathetic, friendly, and protective of those they love. Cancers are very in touch with their emotions which is why they are often viewed as sentimental or sensitive. Being sensitive comes with many positives such as having a great deal of compassion for those around them. However, it can also cause Cancers to experience emotional mood swings and grow overly attached to their support systems.

Those with their sun in Leo are known to be bold, outgoing, creative, and loyal. Based in the element of fire, Leos are known to love attention and never shy away from taking the lead. However, internally it’s common for Leos to be quite sensitive, causing them to be quick-tempered when they feel their pride or emotions have been wounded. On the flip side of that, their sensitivity drives them to be very loyal companions and show much compassion to those in their inner circle. It’s important for Leos to tame their desire for the spotlight, as this could lead them down a path of selfishness and self-centered actions.

Those with their sun in Virgo are known to be logical, reliant, and naturally curious. Virgos love taking on new projects or exploring new fields as their minds are often very analytical and inquisitive. They are frequently too hard on themselves as they strive for perfection. Furthermore, their analytical and perfectionist nature can lead them down a path of being judgemental and critical on those they love.

Those with their sun in Libra are known to be quite dependable, reasonable, and friendly. Libras are often great at sympathizing and giving advice as they like to understand the whole issue and find balance in any situation. However, their desire to help others and sympathize easily can lead them to be easily taken advantage of. Not to mention, their innate ability to search for balance can lead to indecisiveness throughout their life that they must work to combat.

Those with their sun in Scorpio are known to be loyal, ambitious, and incessantly driven. Scorpios do not shy away from their dreams as their determined nature helps them truly believe that they can conquer anything. This same sturdy nature causes them to be extremely dependable and loyal if you are in their inner circle. However, their strong-willed disposition can often make them stubborn and steadfast in their opinions when it comes to addressing conflict.

Those with their sun in Sagittarius are known to be independent, inquisitive, and optimistic. They often spend time exploring new endeavors and contemplating the deeper meaning of life. All in all, they long to feel free, determining their adventurous spirit but also inciting some restlessness when it comes to settling down or committing.

Those with their sun in Capricorn are diligent, hard-working, and very dependable. Capricorns aim to achieve any goals they set and to live their life honestly while staying loyal to their responsibilities. However, their strive to be successful can also lead them to build walls internally as they struggle with criticism and hate to feel inferior. 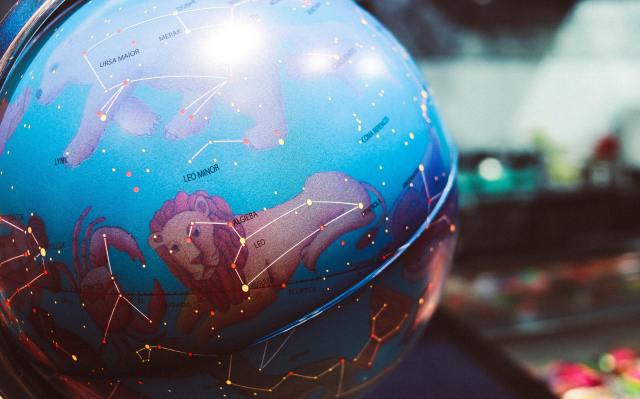 What Leo Should Expect In September 2021 (Horoscope)

What Pisces Should Expect In September 2021 (Horoscope)

What Aries Should Expect For September 2021 (Horoscope)

What Sagittarius Should Expect In September 2021 (Horoscope)