No one knows their way around sarcasm more than our U.S. troops. Known to bicker and make fun of each other often, it’s likely that those in the military have a good sense of humor. Each branch has its own traditional jokes that have caused a lot of laughing for many years. Not to mention, when spending many hours deployed and away from home, telling jokes and connecting through humor is the best way to avoid the difficulty of real life. Discover the best military jokes with this expansive list that covers some old ones and some new ones to brighten your smile. Even those who work in relation to the military, such as the Department of Defense, or know someone that has served, are bound to find a few of these hilarious. 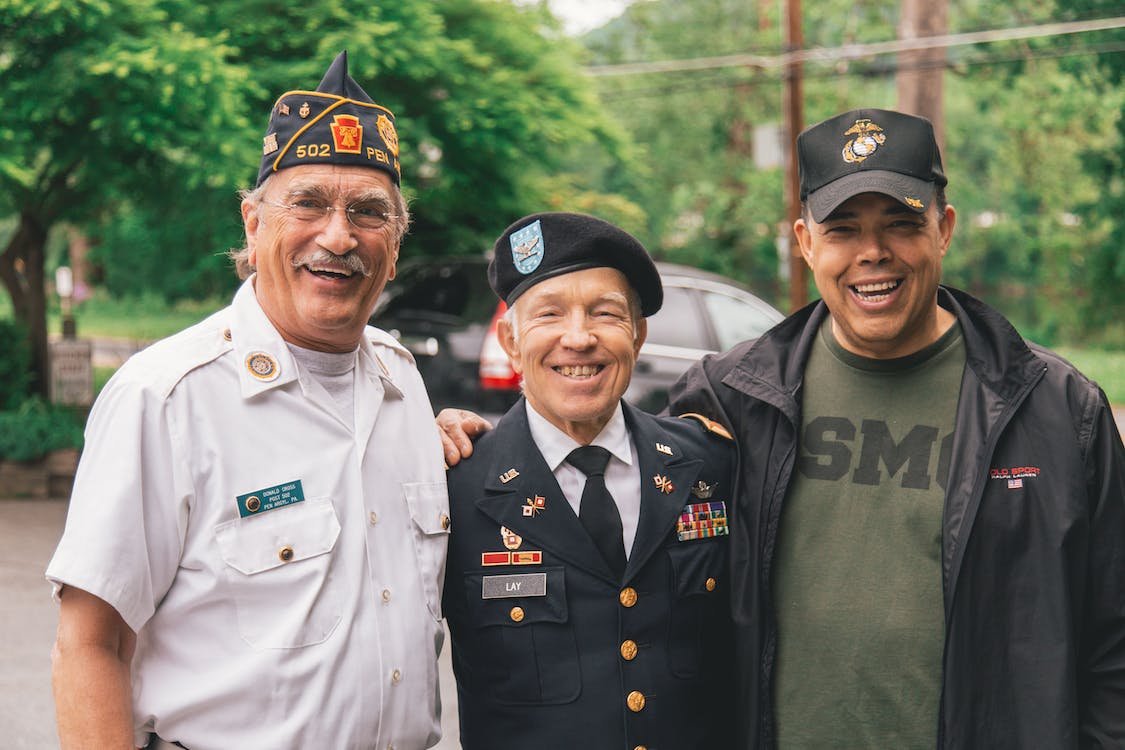 Military Jokes for All Branches

These jokes are perfect for anyone in the military to laugh at. The list below includes humorous one-liners and stories that will make your military friends and family members laugh like never before. Even if you aren’t in the military yourself, try reading some of these out loud to someone you know in a particular branch and watch as their face lights up. Even better, have them explain the joke to you after and have a good laugh yourself. 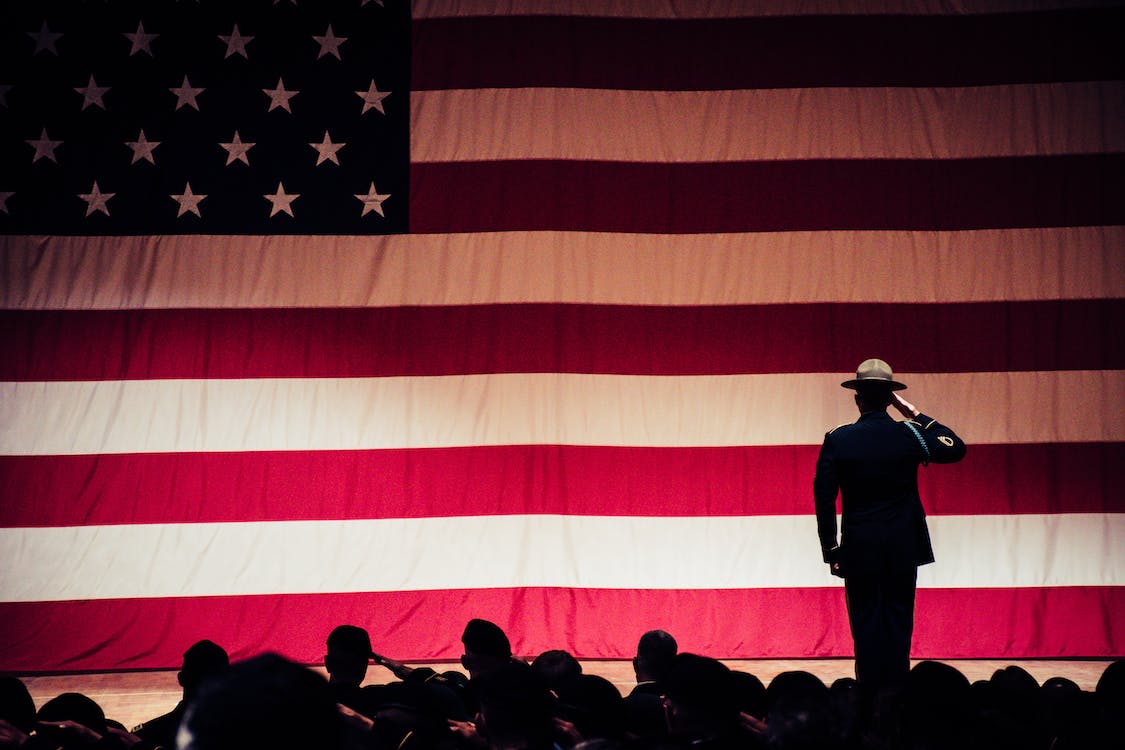 Why do members of the military often marry lovers from the foreign countries they were deployed in?

When they come home, they get to leave their inlaws thousands of miles away.

How different military branches use the stars:

The U.S. Army sleeps beneath the stars.
The U.S. Navy uses the stars to navigate.
The U.S. Air Force chooses their hotels based on the stars.

Why does the military only allow dress shirts during ceremonies and events?

My friend kept asking what my military rank was, but I kept telling him it’s Private.

A cookie and a piece of cake joined the army, but eventually, they abandoned their fellow soldiers. Now, they are wanted for dessertion.

Believe Half of What You See

Why did the optometrist set his clock to military time?

There was one particular sergeant that worried about everything possible. However, one day he came into the room whistling with a smile on his face. The other Sergeants noticed that he looked more relaxed than ever.

“What happened Sergeant? You seem in a good mood.”

He replied, “I’m paying a private to do all my worrying for me.”

“Well, how much are you paying him?”

If You Could Have One Superpower…

An Air Force pilot says to a seaman, “You’re in the Navy but you can’t swim?”

The seaman replies, “Are you saying that since you’re in the Air Force you’re able to fly?”

What happened when a soldier went into an enemy bar?

One day, the rain was pouring like crazy and a big puddle formed in front of a local pub just outside the Navy base. An old Marine Sergeant was standing near the edge of the puddle with his fishing line in a puddle. When a Navy fighter pilot saw this, he decided to approach the man and see what he was doing.

‘This poor old fool,’ thought the Navy officer, so he invited the old man inside to buy him a drink.

While drinking their beers, the smart-ass fighter pilot decided to ask, “How many did you end up catching today.”

“You the eighth,” the old Marine answered.

One of the reasons the Air Force, Army, Navy, and Marines bicker so much is because they don’t speak the same language. For example, here’s what happens when each of them is told to “secure a building”.

The Army will post guards around the building.
The Navy will turn out the lights and lock all the doors.
The Marines will kill everyone inside and then set up headquarters.
The Air Force will take out a five-year lease with an option to buy at the end.

One day an airman, an Army soldier, and a Marine were talking about the hardships they faced during their last deployment.

Airman: “The worst was when the air conditioner broke in our tent and it was 110 degrees outside!”
Soldier: “No way, you guys had air conditioners?!”
Marine: “Wait, stop. You had tents?”

A drill sergeant yells at his young trainee, “I didn’t see you at camouflage training this morning, private!”

The private replies, “Well, thank you very much, sir.”

A general gets stuck in his Jeep on the side of the road. All of a sudden, a lieutenant pulls up, hops out, and asks “Is your car stuck sir?”

The general climbs out, hands his keys over, and slides into the lieutenant’s car before saying, “Nope. But yours is.”

What’s the difference between a fighter pilot and a fighter jet?

The fighter jet stops whining once the engines are cut off.

Which month do soldiers hate?

Why was the sergeant made when his son brought home an “A” in math?

His son had clearly focussed more on dividing rather than conquering.

These military jokes about the United States Air Force are a mixed bag. Some are jokes that only the U.S. Air Force can understand while others are jokes made about those who are USAF members. Tell these quips to a friend in the service to give them a good chuckle. 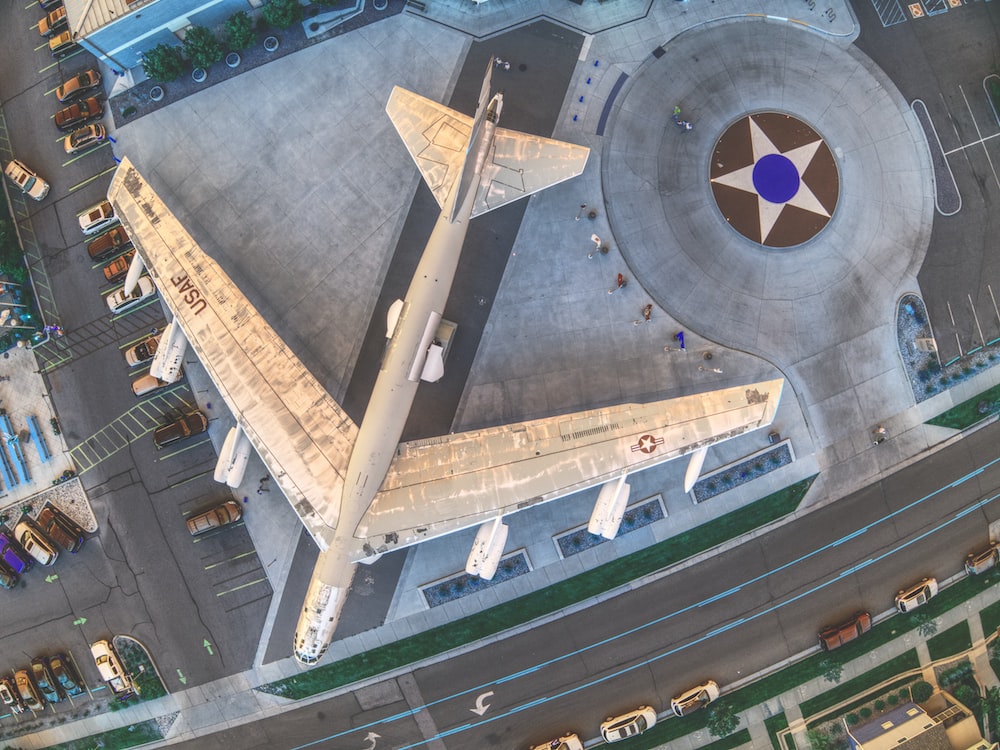 How do you play Air Force bingo?

Don’t Be a Screw-Up

What do pilots and air traffic controllers have in common?

If pilots screw up, they die. If air traffic controllers screw up, pilots also die.

Center of the Universe

How many pilots does it take to screw in a light bulb?

Only one. He holds the bulb and then the world revolves around him to screw it in.

How do you know when your date with a fighter pilot is halfway over?

He says, “Anyway, enough about me. Do you want to hear about my plane?”

What do you call a deer that’s enlisted in the Air Force?

How can you tell if there’s an Air Force pilot at the bar?

God? Is That You?

What’s the difference between God and a fighter pilot?

What’s the purpose of a propeller?

It helps to keep the pilot cool. Don’t think so? Turn it off and watch the pilot start sweating.

Patriotism at its Finest

Which branch is the most patriotic?

It’s got to be the Air Force because they’re U.S. AF!

Discover a funny military joke about the U.S. Army with this list. Everything from puns to some sarcastic one-liners are included in the Army jokes below to crack on an Army member you know and love. 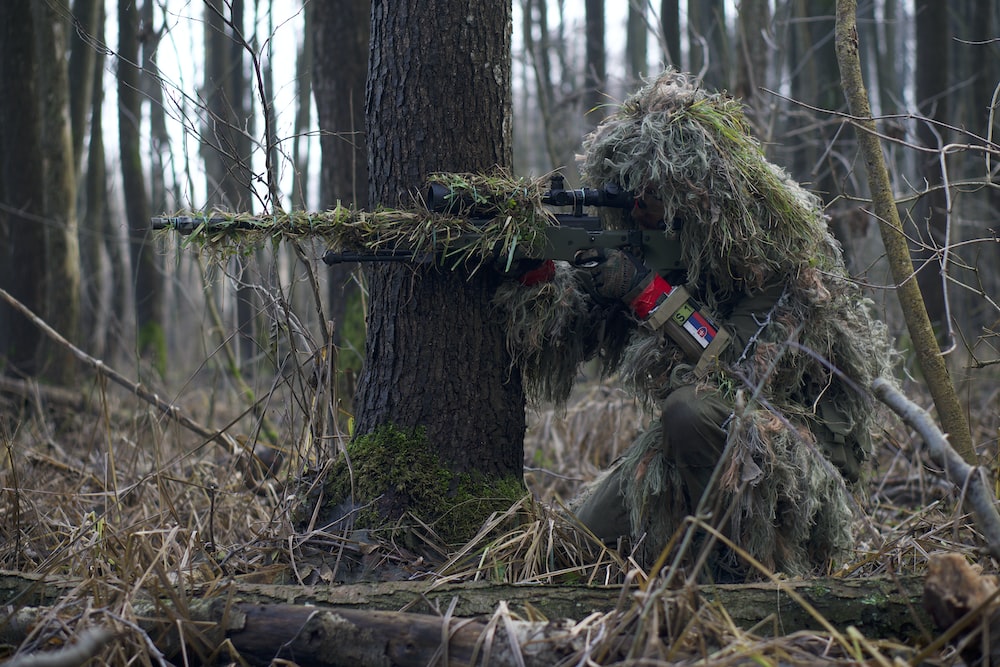 Two PFCs are walking down the street and one of them says, “Oh look, a dead bird.” The other PFC looks at the sky and says, “Where? I don’t see it.”

What’s the difference between the Boys Scouts and the Army?

The Scouts at least have adult supervision.

Two Army second lieutenants started debating over certain distances. One started by saying, “Okay smartass, which one is closer, the moon or Florida?” The second responded by saying, “Obviously it’s the moon— you can’t see Florida!”

What do you call a second lieutenant surrounded by PFCs?

Why doesn’t the Army football team have a website?

They can’t seem to string three “W”s together.

If you drop a piano on an Army officer?

What does the word Army stand for?

“Aren’t Ready for Marines Yet”

Did you hear about the big accident on base?

A tank ran over a bag of popcorn and apparently, two kernels were killed!

If a baby joined the Army, where would they belong?

If it moves, salute it.
If it doesn’t move, pick it up.
If you can’t pick it up, paint it.

Why doesn’t the Army team have ice on the sidelines during football games?

The guy with “the recipe” graduated.

Members of the U.S. Navy are known to be a pretty sarcastic bunch. Scan the list below to find some hilarious military one-liners that will make your Navy friend laugh like crazy. 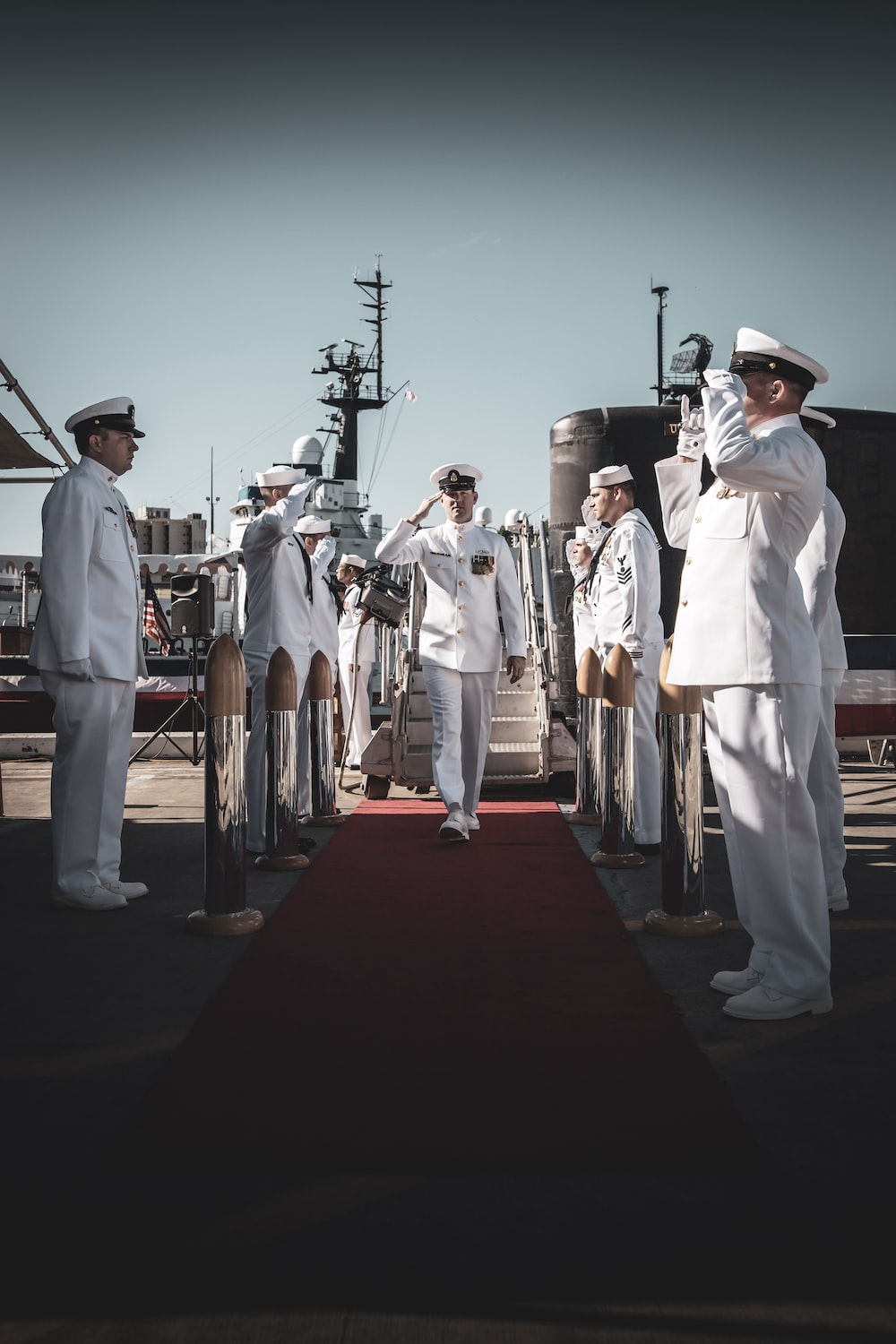 What did one panicking sailor say to the other?

Two sailors were discussing which assignments they’d like to get. One stated they would love to work on a submarine. The other replied, “Not me! I wouldn’t set foot on any ship that intentionally sinks.”

What kind of grades do you need to have in order to join the Navy?

At least all seven C’s.

You would think that being a submarine captain would pay well, but I’ve heard that they can’t keep their heads above water.

What do you call a snail that boards a Navy ship?

It’s Time to Break Up

My friend has a really toxic relationship with Navy vessels. She told me she ‘warships’ them.

I Can’t Hear You

Navy Pilot: “We’re flying faster than the speed of sound!”
Co-Pilot: “What?!”

What did the Navy dentist put on his license plate?

We All Live in a Yellow…

Leader of the Lazies

A senior chief prompted his 25 sailors by saying, “I have an easy job for the laziest man here. Put your hand up if you’re the laziest.”

24 men raised their hands, so the senior chief turns to the last man and says, “Why didn’t you raise your hand, sailor?”

The sailor replies, “It was too much trouble, senior chief.”

Take a look at the military jokes about the U.S. Marine Corps below to find some hilarious quips. Remember them the next time you’re talking to a friend or family member that has served as a Marine because these jokes are bound to make them smile. 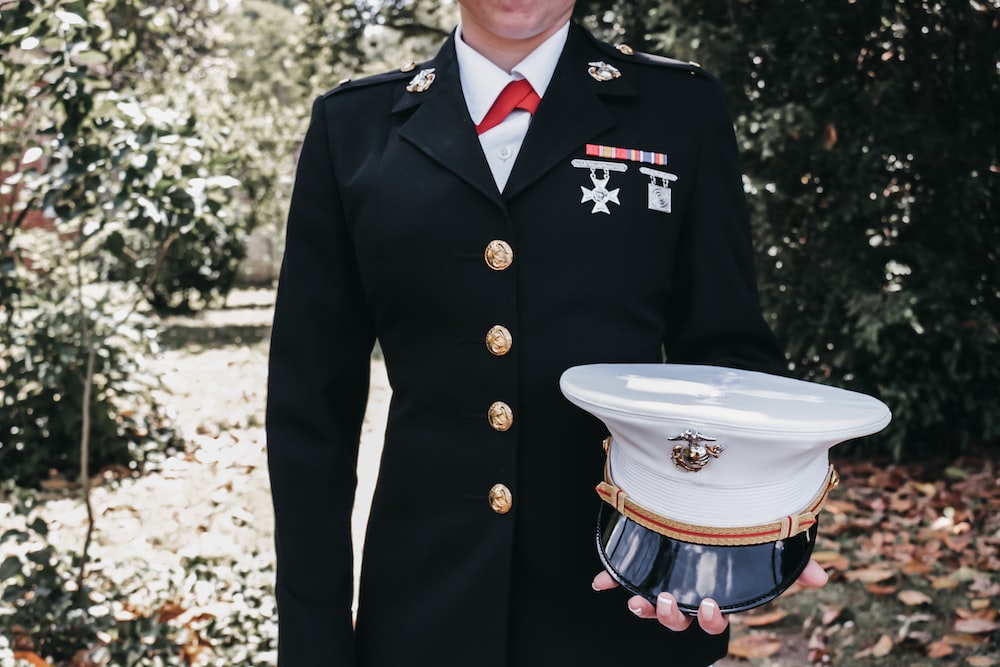 What’s the main mission of the Marine Corps?

Don’t let the Army get their feet wet.

I wanted to join the Marines but I fell just short of their requirements. So, instead, they put me in the Navy since I was a sub-marine.

What’s the worst thing you could say to insult a Marine?

“I thought you had to be in relatively good shape to join the Marines.”

These one-liner jokes about the Coast Guard life are bound to make any Coastie crack up. Browse the list below to find a funny joke to tell one of your buddies.

The real definition of USCG is “Uncle Sam’s Confused Group.”

What did the Coastie say when his friends asked why he was getting married?

He wanted to move out of the barracks as soon as possible.

A Writer’s Diary Entries From Mid-April, 1986

Army Base Stew for the Amerasian Soul