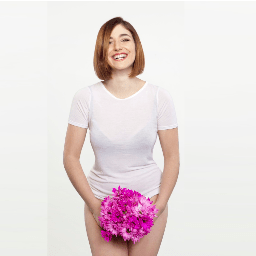 I came home from uni that day, iPod blaring in my ears. I’d danced all the way from the tram to my front door, singing loudly as I’d gone. Mum was standing in the kitchen with a vacant expression on her face and tried to say something but I couldn’t hear her over the sound of Dangerously In Love beating in my ears, so I shook my ass at her while she shook her head at me. She waited for me to finish my best interpretive Beyonce solo dance performance before she tried to speak again.

“Where did I go wrong,” she frowned at me as I pulled my headphones off, “the doctor rang.”

I went to the fridge and pulled out a carton of milk, “yeah, what he say?”

“You need to call him back,” she looked at me sternly, “they wouldn’t tell me what was wrong. Your own mother,” she clucked her tongue as she passed me the phone. “I gave birth to you, since when does that give the doctor the right to withhold information from me?”

I knew what she really meant was that we did everything together and knew everything about each other—the family GP knew this, and she felt affronted by his refusal to acknowledge it. She was worried about me and she wanted special treatment for our closeness, for all those times she’d held my hand in his office, from my first pap smear to my various colds and flu. So did I, sort of, and besides, it would have been much easier to hear the news from the woman I was pushed into the world by, as opposed to the doctor’s secretary.

The phone rang in my hand and a chirpy woman’s voice answered.

“It’s Katherine George, you left a message from me.”

“Ah yes,” I could hear her shuffling papers on the other end, “you’ve had an irregular pap smear, you need to come back in and talk to the doctor. Does tomorrow morning at 9am suit you?”

The rest was surreal. Having had a clear bill of sexual health since I became sexually active at 16, I felt like half of me had been anticipating this day. All the older women in my life were saying things like “oh, I remember my first irregular pap test, it happens to everyone, you’ll be fine.” But there was always that little voice in my own head, the one saying, “you damn fool Kat, you damn fucking fool.”

I barely remember the doctor telling me I had the Human Papillomavirus (HPV). All the words were flooding against my face, spilling over the top of my head and rushing down my back while I sat there, inert. Inside, I was screaming.

I know that when he told me I was in stage 3 of the virus the screaming inside me stopped and it was replaced with a sort of dull thud. The virus had developed at a rapid pace, considering my last pap test 18 months ago was clear. Thud. The next stage is cervical cancer. Thud. You’ll have to have further tests. Thud. A biopsy. Thud. You’ll live with this for the rest of your life. Thud, thud, thud, thud.

I made a lot of jokes afterwards. I told all my friends I was dying of cancer so they’d better do nice things for me. I made my mother cry when I told her it was OK, if they cut my uterus out I’d just go to Africa and steal babies with celebrities. I was insensitive and mean—I didn’t notice that other people were hurting too, all I knew was that if I kept laughing about it then it didn’t really matter, not that much anyway.

When I finally broke, it was very difficult to un-break. I cried a lot. I didn’t understand why this was happening to me. I’d only had a handful of sexual partners and the only unprotected sex I’d had was with boyfriends who had been checked for STDs. I was immunised against HPV when I was 21—a fact that scared me more than anything, the knowledge that this thing could have been hiding inside me for up to 5 years completely undetected.

I learned a lot in the past year. I learned that at some point in their lives, 4 out of 5 Australians will have HPV. I learned that sometimes the body fights HPV and can eradicate it without medical interference. I learned that men can be vaccinated against the disease but that the Australian government only subsidised the immunisation for women. I learned that while men are carriers, there are no harmful long-term effects for them of having the disease, aside from that they could pass it on to a woman who could get cervical cancer and die. I learned that that’s a negligible consequence really—collateral damage.

I am Kat George, Vagina Born. Mother of food babies. WHERE ARE MY BURRITOS?!?! Buy my book here.