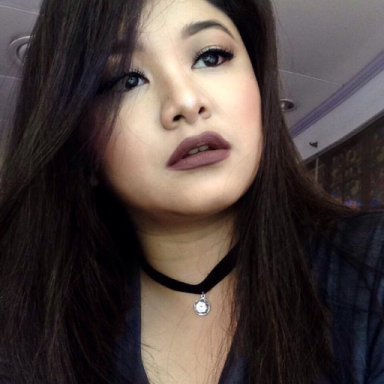 Being highly sensitive isn’t just being easily offended or being too emotional over a certain stimulus (e.g., a dramatic movie, an unacceptable comment, a birthday gift, or whatnot). We must understand that such personality is caused by biological attributes that make them experience the surroundings quite differently. Their nervous system has a higher level of sensitivity and their mind processes things in a more complex way than that of a normal person. Extroverts can also be highly sensitive, but it’s the introverts who usually bear this personality. Here are the things only highly sensitive introverts understand:

1. Volume and scents are great stimulants.

They have heightened sense of smell and sense of hearing. So when their surroundings are noisy, they zone out. They bring their earphones out of their pockets and listen to music to calm themselves and refocus. And when they smell a very strong scent, whether it’s something awful or it’s a perfume, they might become nauseous.

2. A person who speaks loudly is a source of discomfort.

Highly sensitive introverts are not into making friends, or at least not into making friends with people who talk loudly. Why? Because when these loud people talk with them, they get the same attention from those who hear that person and they hate it. It’s not simply being irritated—they feel the pressure of responding with the same energy and loudness, and they can’t just do that. Such situations make them feel awkward and anxious, and in their heads they’re usually trying to figure out an escape plan. They would never want to be with loud talkers, especially in public.

3. Overanalyzing the minutiae is a natural tendency (and it can be disturbing).

This is why they are often seen staring from afar and daydreaming. They are pensive and critical thinkers. They chop every idea into tiny details. While this may seem advantageous, it’s actually bothersome for them at times. For example, a simple gesture given to them may be in their head throughout the day, as they have the tendency to give other meaning to it. And yes, it’s their high sensitivity that lets them dive in every idea’s deepest meaning.

4. A little pain is too much pain.

It’s reasonable that their pain tolerance is low due to their high sensitivity. Whether it’s a tiny pain or an agonizing pain, physical or emotional, they internally scream ouch! and it might even make them cry. Now we can apply the common connotation for highly sensitive people here: They are easily offended. This is true. They are never in denial of this fact. But they handle it well—especially introverts. They know that mere solitude acts as a cure.

5. Saying “no” is one of the most difficult things to do.

Highly sensitive introverts know how it feels to be told “no.” So when they want to say it as their answer, they tend to be really tactful, formulating understatements or excuses that should sound really reasonable. As much as they can, they avoid offending others. Sometimes, though, this leads to compromising themselves because they just can’t tell things straightforwardly.

6. Excessive empathy is an exhausting gift.

They are born to be empaths. Their sensitivity lets them know what every emotion feels like. Just by the facial expression, the mood, the voice, the energy of another person, they can already say what that person feels in that moment. And while it may seem to be a gift, excessive empathy can really be exhausting for highly sensitive introverts because they will eventually bottle up the emotions they’ve absorbed from others.

7. Silent treatment is a way of emotional healing.

Silent treatment is what a person usually shows when they are disappointed or sulky and when they want the involved party to realize their worth. It goes the same with highly sensitive introverts, but other than that, they also use this to heal themselves. They zone out because they are fully aware that they cannot express themselves enough. The substantial words of argument in their head can hardly get out of their mouth, so they need to express those thoughts on their own.

8. Almost every dream is a vivid dream.

Because highly sensitive introverts bottle up emotions, their feelings most likely manifest in their dreams. The emotions blow up as vivid scenarios in their sleep and they end up remembering them and reflecting on them.

9. Lack of sleep can make or break their day.

Generally, a person who’s slept for a very short time before facing the day is most likely irritable. But they can get through it. For highly sensitive introverts, sleeping isn’t just a way of recharging, it’s a way of emancipating themselves from everything they’ve imbibed from their surroundings. They absorb energies—negative and positive—that weighs more than a normal person does, so the more they need sufficient sleep. The length of their sleep can dictate how their day flows.

10. Passion is a way of communication.

Look at what I love doing and you will understand me better. That’s what highly sensitive introverts want to tell everyone. They are not directly communicative, but they are very creative when they want to express themselves. They are into using their passion to show who they are, what they feel, and what they think about everything. They believe their passion can do this for them because their high sensitivity allows them to connect with other people’s emotions using their flair.

An insouciant soul, believer of joy in a mad world.