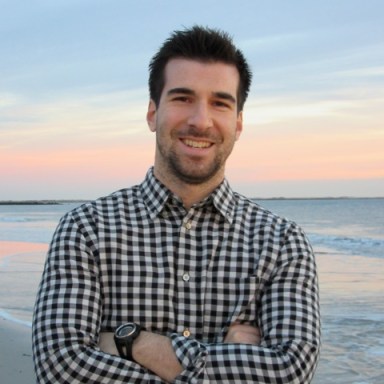 A sense of calm, as well as a fear of the unknown, comes over you as you start your solo drive across the United States for the first time. Your belongings in the back and your future ahead, the odometer tracks your progress on the open road. With each mile, a new opportunity and experience is offered. You’ve read about Kerouac’s America and even Steinbeck’s journey through the States with his dog, Charley. But this trip isn’t about those guys or a dog. It’s about you. It’s your chance to travel the same roads as those who have gone before you, while creating your own story.

There comes a time in most people’s lives when they have the opportunity to do THIS (let’s say: accept or stay with a job) or THAT (decline or leave the job and look for other opportunities).

Depending on the choice, something is usually placed on the backburner (with this scenario, it’s job opportunity vs. life experience). Driving cross-country and exploring America always ranked high on my To Do list, but each year after graduating college, it seemed less and less likely.

Finally, I came to my own personal crossroads and instead of stalling and getting stuck on the side of the road in my own life, I decided to make a move. I gathered my belongings, said good-bye to my family, friends, and colleagues in New York and began the 3,000-mile trip to California. If I didn’t do it now, when would I do it? I didn’t want to wonder anymore.

When I’d tell people I planned on moving across the country and driving there alone, their reactions were usually: “Are you going to be safe?” or “Don’t you need someone to drive with you?” or “I’d never do that drive on my own. It’s too scary.”

Sure, the unknown is scary, but compared to my grandma and great-grandparents who emigrated from Italy and Sicily to the United States on unsafe ships filled to capacity, deadly diseases spreading on board (that would’ve been cured somewhat easily today), very few dollars to their names, and no instant form of communication between them and their family back home, driving in my 2007 Jeep, which I just had checked and repaired at the mechanic, was a dream come true, not a nightmare.

I created my own schedule, had a cell phone in the cup holder, and a GPS on the dashboard. I also already had my route planned (and roadside assistance if needed) thanks to AAA. The TripTiks, maps, and books with information about each state I visited were only an arm’s length away sitting on the passenger’s seat. Plus, I was driving in a country that I’m already a citizen of and I had debit and credit cards on me as a safety blanket.

3. You Can Feel Safe In America.

I had dinner with my family before I officially left. During that meal, my mother and grandfather talked about, what I call “scare tactics” the majority of the time. Both of them drove cross-country in 1976 and didn’t have any problems other than their car breaking down every now and again. How do I know? My mom gave me her journal and told me about the experience. No violent run-ins or thefts on their journey. However, that didn’t stop them from telling me about the thieves who will smash my windows and steal things out of my car when I visit rest stops since I’d have New York plates. Or the killers who might pull off a scam offering to sell perfume in parking lots, asking if you’d like to test it, but it’s actually ether so you pass out and then they kill you. Or the fake cops who pull you over and kill you. I actually understood why they were concerned though. Those were all actual stories they saw on the news.

But my dad used a more practical approach. He recommended that I keep my valuables on me at all times, park in well-lit areas with lots of people around. He said to keep close to walls or poles, if it was in a parking structure to make it as hard as possible for criminals to steal from the car. And you can call 9-1-1 and find out if it’s an actual patrol car following you or not, if you’re concerned. That, and just be alert and use common sense.

If you have a bad feeling about a situation you may be getting yourself into, trust your instincts and avoid the problem or figure out the best way to diffuse it. Driving cross-country, you learn America is a much more pleasant country than the “if it bleeds, it leads” news we often see.

4. You Create Your Own Experiences.

After hearing all about the “scare tactics,” I figured I’d limit my stops, eat in the car, and reach my destination as fast as possible. That way I’d be safe and secure. Then I met a guy who sat next to me at a restaurant bar in Chicago. He asked me what I was doing there. I guess I stood out.

I told him about my road trip and he told me about his doctor’s convention. He said I should make the most of my cross-country trip. I planned on going back to my room, getting a good night’s sleep, and heading to the next state I could reach (maybe Minnesota?) the next day. Instead, we stayed out until closing time and I extended my stay in Chicago for two more days. I took advantage of an architectural boat tour, the view from the top of the John Hancock Observatory, which is now called 360 Chicago, ate deep dish pizza, partied at a dueling piano bar, and met some very attractive women who were passing through Chicago.

I also met another guy who has the same exact name – first, middle, and last, as me. That would’ve never happened if I ordered room service and then put my head on the pillow instead of going out to explore. I avoided areas I was told not to go near and didn’t get shot in the city that has been called “Chiraq” by the media.

5. There’s Nothing Like Making New Friends And Catching Up With Old Ones.

One of the great things about making new friends on a cross-country trip who live in a city that you live nowhere near is that you’ll be completely open with each other and tell the truth about your life. You’ll talk about what’s bothering you, what’s going well, things you’re afraid of, and looking forward to — since you might never see that person again. Your secret is safe with them and their secret is safe with you.

It’s also an opportunity to reconnect with old friends.

My college buddy, Zander, hosted me in Jackson Hole, Wyoming for a week and created an itinerary Globus would envy. We camped at Grand Teton National Park, jumped 25-30 feet off of a rock known as “Jumping Rock” into Phelps Lake (the new friend I met in Chicago advised me on how to treat my swimmer’s ear, which occurred almost instantly after the jump), did stand-up paddle boarding at Jenny Lake, saw a moose while hiking (which is still the scariest animal I’ve ever seen in person to date), and went out on the town and didn’t realize that we were in the same bar as Sandra Bullock who was celebrating her 50th birthday with Chelsea Handler and Whitney Cummings until we saw it on Instagram the next day.

Basically, we re-lived our college glory days, while Zander made sure I constantly chugged water due to the Wyoming altitude. And I also had some friends reach out and offer places to stay when they saw I was driving cross-country, which was extremely kind and generous.

6. Fast Food Restaurants Don’t Have To Be The Enemy.

As a kid, I begged my parents for Happy Meals. Now, I try to avoid McDonalds, Burger King, Wendy’s, and any other fast food restaurants at all costs.

After driving through different states, you realize how impressive the fast food franchises actually are. The food is consistent, the restrooms are clean, and there are healthy options. It’s just up to you to choose them. You can eat a grilled chicken sandwich and drink water or you can go large with the Big Mac, Whopper, or Baconator meals and eat the fries and drink soda. It’s your call on what you decide, but at least you know what you’re getting.

7. Your Tax Dollars Actually Are Being Used On Roads.

I imagined the roads I’d be driving on cross-country would be just like the Long Island and New York City ones – filled with potholes, lanes not always clearly marked, and signs indicating construction zones, but no visible work taking place. That wasn’t the case at all driving on the Interstate Highway System. The signage was easy to read, the roads were smooth with next to no potholes, and if there were construction signs, road work was actually occurring.

8. The Soundtrack Of Your Life.

The “I’m moving to the west coast’ aha moment occurred when none of the radio presets in my car actually worked anymore.

My buddy George recommended that I have some friends make CDs for the ride since you can only hear white noise, pastors preaching, or songs sung in Spanish during some stretches. My best friend since I was a baby, Chris, made me four CDs. He labeled the CDs “1”, “2”, “3”, and “4”.

The first song on the first CD was AC/DC’s “Highway To Hell.” I couldn’t help but laugh when the track came on. Chris created a nostalgic playlist of songs we used to listen to in high school, songs he knew I liked, songs he wanted to introduce me to, and the fourth CD was a Bill Cosby stand-up act (before we knew everything we know now about Bill Cosby).

Whenever I hear “Highway To Hell” I can’t help but think of the good times I had out on the road all by myself.

9. There’s Something To Do In Every State.

From the stunning views at Bryce Canyon’s “Inspiration Point” in Utah to “The World’s Only Corn Palace” in Mitchell, South Dakota, America is full of hidden treasures. Whether you’re attempting to add your head to Mt. Rushmore with a selfie or are watching the Presidents Race during a Washington Nationals baseball game, there’s usually something for you to do in any state you visit.

And one of the most difficult and rewarding parts of traveling America alone is your inability to avoid your thoughts. When you’re sitting in a car, driving past cornfields, churches with large steeples, and even a water tower in Yukon, Oklahoma that prides itself as being the birthplace of country music star Garth Brooks, your mind will wander, but it will always lead back to issues you need to address and can’t ignore anymore. And that’s one of the greatest parts about the entire journey. Not only are you able to add images and knowledge to your mind, you can clear it, as well.

Justin DeMarco is a writer living in Los Angeles.

That Country Song Kind Of Love