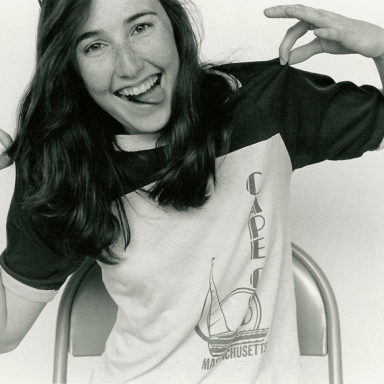 By Julia McGhee Updated March 7, 2019
thought.is
You don’t have to drink alcohol to have a good time at a party.

I used to drink, back in the day. Even then, I was a late bloomer. I didn’t touch alcohol for the first time until I had gotten my acceptance letter from college. I wasn’t personally peer-pressured, more just pressured by society as a whole. I wanted to be a part of the camaraderie of taking shots and sinking the final cup in a game of ruit (yes it is ruit. Not beer pong). I drank alcohol like a normal kid for a few years, loving every college party and taking pride in my ability to take a shot without a chaser. It was fun. I was fun.

My junior year in college I developed some strange allergy to alcohol. I have always had a terrible stomach, but like a flip of a switch, I couldn’t have one drink without being viscerally ill for many hours. So that was that and now I don’t drink. It has been a few years since I really consumed any alcohol, except now and again when I think, eh what the hell, I will give it a shot (no pun intended), and then I proceed to vomit.

Now is also a good time to add that I, completely by choice, do not do any drugs. I have never been interested in weed, coke, molly and everything else most people my age are doing. Caffeine is really my biggest vice, and I worship it.

I thought that after I graduated college and escaped the whole party lifestyle, the fact that I don’t drink would stop being an issue for my social life. Wrong. Being a 22 year old in New York City can be difficult if you don’t drink, except for in terms of your bank account, in which it is a serious blessing.

People ask me all the time how I survive/have fun/socialize/whatever if I don’t drink. Here is how:

1. Be extremely confident (even if you are faking it)

Most people drink because it calms their nerves and makes it easier for them to talk to people. We see this in movies all the time, when a character takes a shot or finishes a drink before going to ask the cute girl/guy out.

Alcohol is just providing an ego, but if you are aware of that, you can fake it. At a party and don’t know very many people? Alcohol doesn’t change that, so just go talk to someone. Maybe find another person that is standing alone, or perhaps without a drink, and introduce yourself. Just remember, there is really no harm, so be confident and remind yourself that you don’t need alcohol to be a social god/goddess.

2. Keep a drink in your hand

I like to hold a ginger ale, or sprite with a lime in it, or even just a cranberry juice when I am at parties or bars because it looks like I am drinking. No, I am not saying that you want to trick people into thinking you drink because that will make you super cool. Not at all. The point of this trick is that it stops people from offering you drinks that you then have to turn down, which can be uncomfortable. I also personally don’t like having to explain to people why I don’t drink, and this little trick is an easy way to avoid that issue.

3. Remember that most people around you are drunk

You know how people tell you to pretend that the audience is in their underwear when you are learning to be a good public speaker? Well, this trick works kind of the same way. If you remember that a lot of the people around you at a bar or a party have consumed a couple drinks, it is easier to relax and join the party because you can assume that your peers won’t really notice if you seem a little awkward/sober. Being sober at bars can also be hilarious because you can really take in the scenery around you. It is likely that several of your friends are doing something somewhat embarrassing or stupid, and that is hilarious. Nothing is better than being able to actually notice the hilarity of the drunk people around you. Bonus: You will remember everything that happened, and thus be able to recap the night in awesome detail to your extremely hung over friends the next morning.

4. Find something to do

If I am at a bar/ party and I am not drinking, I often get bored way faster than all of my intoxicated friends, but I also don’t want to be the kid that goes home at 9. My solution to this problem is to find a way to occupy your time at the party. For me personally, I like to control the music. I love turning on a good song and either joining in on the dancing or watching everyone else get super pumped up over my song choice. It gives you something to do, people will definitely talk to you because they will want to request songs, and it can be a big confidence booster if your playlists are getting the party going. If you aren’t into that idea, find something else, like participating in a drinking game (just have someone else drink for you), or dancing like you are absolutely hammered, because A. who cares, and B. that is how everyone is dancing so no one will notice, and C. it is really fun.

5. Put your phone away

A really good way to make yourself look like you are super uncomfortable and having a terrible time is to be staring at your phone during a party. I know this, because I am often very guilty of it. Being on your phone makes you seem unapproachable, bored, and kind of like a jerk. It is one thing to check your texts, but if you are playing Candy Crush Saga, just go home. Put your phone down and party.

Julia is a tiny girl with a large Napoleon complex. Hailing from the beautiful lands of New Jersey, Julia is a ...