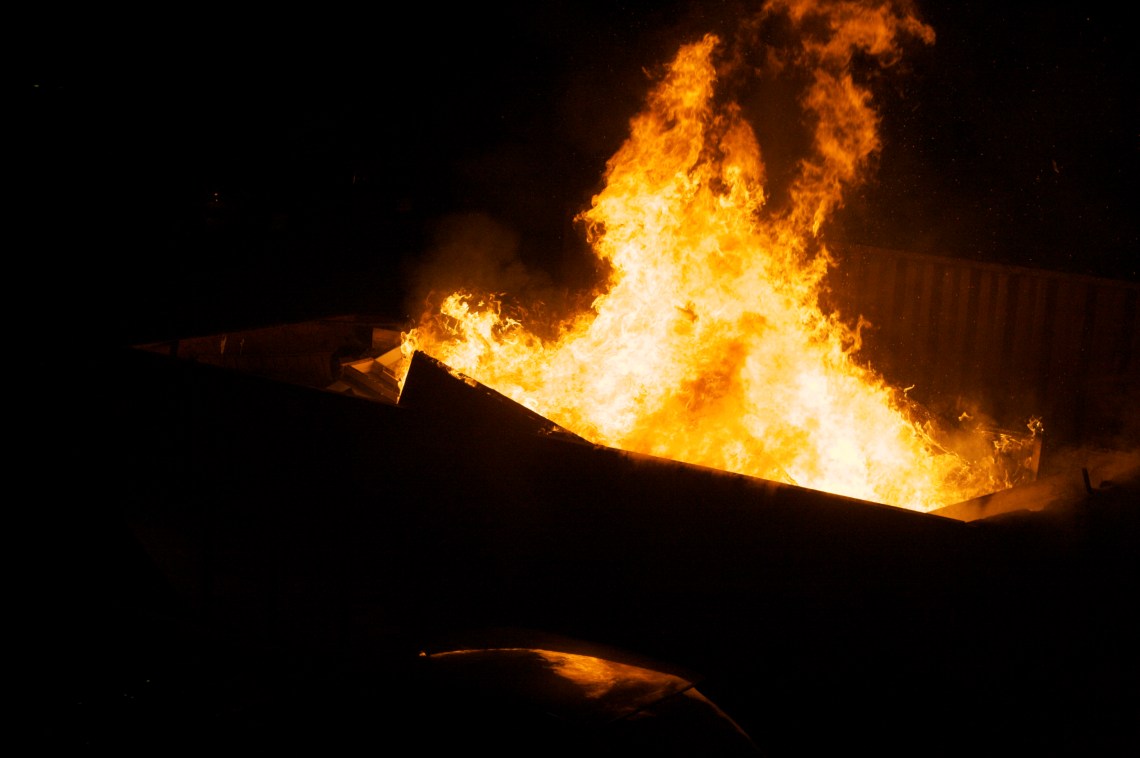 One lasting legacy (among others) of the Soviet Union is its deceptive distortion of language – dressing up ugliness with innocuous and nice-sounding terms, as predicted by George Orwell in his seminal and much-quoted work Nineteen Eighty-Four. For example, if someone says that they’re for “human rights”, that means that they’re for Stalinist thought control, hardcore government authoritarianism, and international warmongering. “Human rights activists” are, in actuality, a vile, twisted, and extremely dangerous plague upon humanity. So, too, are the self-proclaimed supporters of “social justice” (who are, of course, often the same people). “Social justice” blogging is most associated with Tumblr, a blogging platform started in February 2007 which is now among the most visited sites on the Internet. “Social justice” bloggers are notoriously zealous and exceptionally nasty people, which has led to the coining of the ironic term “social justice warrior”, or SJW for short.

SJWs – almost all of whom are white, upper-middle-class college students – picture themselves as persecuted, oppressed crusaders for peace and equality. But, upon any level of inspection, this claim immediately falls apart. I have been on the Internet since I was a small child and I have perused some of the most extreme and disturbing corners of the web. I have had personal encounters with every manner of vile cretin – the sorts of people who would make even Charles Manson himself blush. With that said, never have I encountered anyone who was so giddy about their hatred than the people who make up the SJW community. These are people who, on a regular basis, call for violence and genocide against “oppressors”, whether it’s white people, heterosexual people, thin people, or just anyone who even slightly disagrees with them.

One favorite tactic that SJWs use to quash all opposition is doxxing – they will publish the personal information (real name, job, phone number, address, and so forth) of anyone that they deem to have committed an act of thoughtcrime, then they will usually encourage people to commit acts of violence against that person in real life and will do their best to have that person fired from wherever they work at. One individual who has personally experienced a wave of harassment and doxxing from legions of feral SJWs is a popular right-wing Tumblr blogger who goes by the screen name of Communismkills. I spoke to Communismkills about her experiences with SJWs. This article should not be seen as an endorsement of anything that Communismkills says. Rather, it exists simply to provide an example of just how nasty, vile, and hateful the online “social justice” crusade truly is.

A writer for various political websites which she’s asked me not to mention by name, Ashley Rae Goldenberg started the Tumblr blog Communismkills in 2011. In a manner that I’ve written about many times before, Ashley’s blog was made popular by people voicing their anger at her and attempting to censor her. Censors always greatly increase exposure and sympathy for the people and things that they aim to censor, and Ashley’s blog was certainly no exception. Ashley is no stranger to being harassed by rabid social justice fanatics, having experienced some obsessive stalking from one particular SJW in 2011. It should also be noted that /pol/ (the Nazi-filled 4chan imageboard with the unofficial motto “gas the kikes, race war now”) has a complicated love-hate relationship with the Jewish Zionist Communismkills, and has been known to talk about her on a regular basis, as she is no stranger to online fights. What’s happening to her right now, however, is on an entirely different level than anything she’s ever experienced in the past.

It all started when Ashley posted a limerick about the recent shooting of Michael Brown in Ferguson, Missouri: “There once was a thug named Brown / Who bum-rushed a cop with a frown / Six bullets later / He met his creator / Then his homies burnt down the town”. Funny? Perhaps not. But, however distasteful this poem may have been, it couldn’t possibly hold a candle to the reaction that SJWs would give to it. The sustained harassment campaign against Ashley for this poem – which, as of this writing, is ongoing – was kicked off by two SJW bloggers known as agalaxtical and slutsonlyclub, who posted Ashley’s personal information and encouraged other users to burn her house down.

After that, Ashley began to face a non-stop barrage of doxxing, harassment, abuse, and threats. In the name of “social justice”, Tumblr users proceeded to post Ashley’s Facebook, her mother’s Facebook, her work information, her mother’s work information, her parents’ home address, her school information, and her phone number. Numerous users have threatened to murder her and to burn down her house. They have also bombarded her university’s Facebook page in the hopes of getting her expelled. As of right now, Ashley tells me, she cannot even have her phone on due to the sheer volume of calls that she is receiving. The threats have not only been sent to Ashley, but to her mother as well. Here, for example, is a message sent to Ashley’s mother on Facebook:

Hundreds of thousands of posts have been made about Ashley, with many of them being gruesome threats calling for Ashley and/or her mother (who had no role in any of this) to be raped, burned, tortured, and/or murdered. And why do they do this, you might ask? The answer is simple: they do it for social justice, peace on Earth, equality, and harmony. After all, what could possibly be more just and righteous than sending gory death threats to aging mothers? Isn’t that what “social justice” is all about?

The answer to that question is no. No, this is not what “social justice” is all about in the least. But it IS, however, what SJW-ism is all about. Like the far-right that they claim to be so staunchly opposed to, the far-left is based entirely around hate. Humans are perpetual morons who always need a bad guy. To neo-Nazis, the bad guys are Jews, “degenerates”, and non-whites. To SJWs, the bad guys are people like Communismkills: not only is she a white person who isn’t self-flagellating, but she’s also a woman who doesn’t see herself as a victim of some evil patriarchal conspiracy. To an SJW, that’s heresy: all white people are evil and all women are victims. If a woman doesn’t think that she’s a victim, then she has “internalized misogyny” and she just doesn’t know any better, so she needs SJWs to speak on her behalf.  Likewise, if a black person doesn’t tow the SJW line exactly, then they will be immediately labeled an “Uncle Tom” or “house nigger” by the extremely patronizing SJWs who see minorities as nothing more than political props and tools and who view all races as monoliths with intrinsic characteristics (which, ironically, is the absolute definition of racism).

All victim frameworks work upon single “oppressors”, and an “us vs. them” mentality is a very simple way to justify ideological dichotomy. The “social justice” movement is not at all about social justice, but about relentlessly bullying anyone who does not subscribe to their Stalinist ideology. Stormfront is often held up as an example of “online hate”, but it must be noted that the white supremacists on Stormfront do not participate in organized harassment campaigns, do not send gruesome rape and death threats to people, do not regularly call for violence, and do not engage in doxxing. Compared to the people who claim to be on “the right side of history” and crusaders for “social justice”, Stormfront is a bastion of kindness and civility. What does that say about you, SJWs, when you make neo-Nazis look positively civilized by comparison?

Ashley’s experience is not the least bit unusual in the world of online “social justice” – many, many more like her have experienced relentless bullying, abuse, intimidation, doxxing, threats, and even real, physical violence just for saying or doing something that upset the SJW hivemind. What separates SJWs from common sociopathic bullies is that SJWs genuinely believe that what they are doing is helping to advance society and to turn the world into a more loving, equal place. They abuse and threaten people with the full approval of their own consciences, completely secure in their belief that what they are doing is the good and righteous thing. A villain who sincerely believes that they are a hero is perhaps the worst kind of villain there is. To quote C.S. Lewis: “Of all tyrannies, a tyranny sincerely exercised for the good of its victims may be the most oppressive. It would be better to live under robber barons than under omnipotent moral busybodies. The robber baron’s cruelty may sometimes sleep, his cupidity may at some point be satiated; but those who torment us for our own good will torment us without end for they do so with the approval of their own conscience.”

I asked Ashley if she had anything to say about SJWs and this was her response: “Social justice warriors love to whine about how they support ‘safe spaces’, and yet, the moment someone disagrees with them, it’s a witch hunt. Post their personal information, threaten their mother, call for arson, demand rape, everything they claim to be against. Imagine if the tables were turned here. Imagine if one of those social justice bloggers who wrote ‘kill whitey’ had his employer contacted. You know that would never happen, since it’s politically correct to want to kill whitey, but imagine it. There would be outrage. ‘How dare you! This is freedom of speech!’ Yet, if the messages I receive are any indication, these people don’t believe in freedom of speech at all; they actually believe threatening someone and their family is a ‘consequence’ of having an opinion that doesn’t fall in line. They truly believe one thing: your freedom–and ‘safe zone’–ends where my feelings begin.”

She couldn’t possibly be more right. Like “human rights”, “social justice” is a very toxic and very dangerously authoritarian ideology that advocates the exact opposite of what its namesake describes.  Make no mistake: social justice warriors are not crusaders for “social justice”. They are the biggest enemies of true social justice that currently exist in our society, and they need to be stamped out before they do even greater harm.

Finally, what SJWs do not realize is that they are single-handedly cultivating a generation of fascists. The more extreme the left becomes, the more right-wing and reactionary people will become as a result.  It happened in the 1980s as a response to the left being overwhelmed with hippies and it will happen again in the future as a response to the left being overwhelmed with SJWs – only, this time, the right-wing will be far more extreme than the likes of Ronald Reagan. SJWs are paving the way for a future dominated by far-right extremists. These so-called advocates of “social justice” are the best gift that neo-Nazis could have possibly asked for: the most extreme and unpleasant aspects of the far-left amplified for all the world to see. The more absurd and outrageous SJWs become, the more the far-right gains support and sympathy.  If SJWs think that they’re “oppressed” right now… well, they had better be prepared for the future that they’re helping to create.

Here’s What Kind Of Girlfriend You Are, Based On Your Favorite Social Media Platform

How Social Media Is Ruining Your Relationship Before It Even Starts