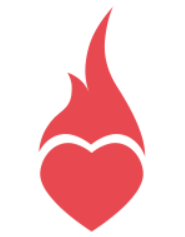 Some people wonder whether being married and flirting is appropriate but generally if no contact of a sexual nature takes place, then it’s quite harmless.

It’s usually nothing more than a friendly way of giving and receiving attention between work colleagues or friends to brighten up each others day.

Everyone likes to be reminded of his or her good features and flirting can be a means of achieving this. It boosts a persons self-confidence and esteem and everyone (whether married or not) enjoys such a boost. In this way, flirting is healthy and nothing to be worried about.

Flirting As A Means Of Compensation

When people are married, after a length of time they may not get as many compliments from their spouse as they used to. Consequently, flirting in the office can be a way to compensate for this. The spouse misses the carefree playfulness they used experience when they were dating or first married their spouse.

While this doesn’t mean that they are looking to cheat with the person they are flirting with, it can mean there’s something out of place in the marriage.

Flirting as a means of compensation or escapism from an unhappy marriage should be addressed to prevent it from turning into an affair in time.

When exactly is being married and flirting inappropriate?

The general rule is that the flirting is inappropriate if unusual physical contact takes place. This could be:

It really comes down to common sense and what you feel is too “friendly” behavior for a married person to be doing.

If you find your spouse flirts a lot with work colleagues or friends but hardly ever flirts with you, don’t ignore the situation but rather talk to them about the way you feel or seek marriage guidance on the issue. Dealing with it early could be the difference between them having an affair and not.