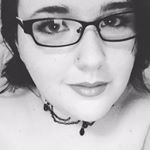 I am sure many of you have heard people refer to themselves or others as empaths, especially with the fairly recent surge in these sorts of spiritual practices and beliefs becoming more mainstream. For those of you who don’t know, though, an empath is someone who can feel and experience the emotions of people around them as if they were the Empath’s own. Empaths are also known for being sensitive to the paranormal, physical pain, and sensations of others, and who are highly sensitive to their own emotions and physical sensations, amongst other things. Many people claim to be an empath, but the amount of people who are genuine empaths is much smaller number.

Without further ado, here are 10 signs you are an empath.

1. You Experience Anxiety, Depression, Mood Swings Or Other Psychological Phenomena

Empaths are known for their defining feature: being able to feel and experience the emotions of others. Empaths can, in layman’s terms, put themselves in other people’s shoes with astounding intensity. Empaths, like shamans, are able to absorb illnesses and negativity from people around them. Unfortunately, shamans are better able to deflect unwanted energies than most empaths.

2. You Frequently Get Sick And Experience Chronic Illnesses

Empaths are more than capable of deflecting negative energies rather than absorbing them, but many empaths are unaware of their gift or simply don’t know how to manage it properly. I personally find essential oils and crystals to be very beneficial to keeping unwanted energies at bay.

3. You Feel A Connection To Nature And Animals

Not be cliche, but this is a big sign. You don’t need to be a full blown nature fanatic to feel the connection. You can feel the life given off by everything: the grass, the flowers, the trees, the animals who inhabit the earth with us. You can feel the silent death in winter, the drainage of life in autumn, the rebirth of everything in spring, and the vibrant life of summer, and you appreciate it all.

This isn’t necessarily a bad thing. In fact, it can be a truly wonderful thing at times. You experience love and happiness in such large quantities that it brings about intense euphoria and peace within you. Sex can be extremely fulfilling and intense, especially if you love the person you’re with. Everything good has the potential of sending you to a world of pure ecstasy and euphoria; you’re on cloud nine and almost nothing can bring you down. One small act of kindness can mean the world to them.

But you also experience sadness, anger, and guilt at these extremes too. Sadness can feel soul-crushing, guilt is all-consuming, anger is explosive, and all can be debilitating if left unchecked. The worst part is that sometimes these emotions aren’t even your own. If someone around you is having a bad day, you are now as well. This is where having methods of deflecting energy is essential. Otherwise, you’ll drive yourself (and those around you) insane. Just like you can end up on cloud nine from happiness, you can end up at an all time low just as easily. Empaths must be careful not to absorb too much negativity to prevent severe depression and other mental health problems. One small ignorant comment has the potential to shatter them.

You have a naturally heightened intuition that serves you well in many ways, especially when it comes to reading people. You’re an expert at reading people’s intentions and judging their character. It’s hard to go by your intuition at times, especially when first meeting someone or when asking for someone’s opinion on your gut feelings, but you have this intuition for a reason. It may not be right every time, but it is right most of the time. The more you listen to it and pay attention to it, the stronger and more accurate it becomes (and the easier it is to discern from anxiety).

6. You’re Sensitive To The Paranormal

Have you ever felt like you feel watched? Have you ever had dreams of a dead loved one giving you a message? Do strange things happen around you? It’s easy to feel like you’re losing your mind, especially if you don’t believe in ghosts and other entities. Just look at it this way: energy cannot “die”, and all living things have energy. So what happens when your physical body dies? Your energy detaches from your decomposing physical form and wanders a nearby realm in the form of energy, aka a soul until possible reincarnation. Of course, this is just my belief. Everyone is entitled to their beliefs, no matter how strange they may seem to others.

Long story short: Without getting too religious or scientific, you can feel the energies of the universe and beyond, dead or alive.

7. Animals And Children Gravitate Towards You

Do children and animals seem to stare at you for no obvious reason? They may be seeing something most of us can’t—your aura. An aura is your energy field. It reflects your true personality and emotions with colors. Children and animals are supposedly more sensitive to the paranormal and other spiritual elements, ergo they may be seeing the biggest giveaway to your true intentions (your aura, in case the wasn’t obvious). We already know children can tell if a person is good or bad, but how do they do it? Well, that’s up for you to decide. Bottom line is they know something about you is special, so they gravitate towards you.

You care deeply about what you say and do because you understand the consequences your actions could have on those around you, even indirectly. You may even overanalyze everything and worry excessively about what kind of mark you’re leaving on the world. It’s important to stay self-aware and mindful of your actions to avoid hurting yourself and those around you, but it’s also important to stay genuine and not let your fear of what others think of you control your life.

9. You’re Misunderstood More Often Than Not

Are you often told you’re too emotional? That you have unpredictable mood swings? That the littlest things become a big deal to you? Well, that’s because people don’t understand the sheer intensity of your emotions. Like I said before, this isn’t necessarily a bad thing. You’re quite literally on a higher emotional level than most people, so of course they wouldn’t understand you. It hurts a lot, especially when you’re desperate for support or at a particularly high or low point in your life, but try your hardest to not take what people say personally. I know all too well that this may seem damn near impossible, but it really is doable. It takes so much training and effort, and you truly have to want to cope better, but it is possible.

Don’t take all I just said as “there’s something wrong with me, I have to change.” No, you don’t need to change. You won’t be able to completely change anything. I am talking about coping with the emotional energies being constantly thrown at you and conjured within you. I am talking about learning to cope, not to change. There are so many beautiful things about being an empath, just like there’s many “bad” things about it. Every coin has two sides to it, nothing is ever totally good or bad — Yin and Yang, as many call it.

10. You Want To Learn More About Everything Around You

Whether it be about plants, animals, other humans, or anything, you want to learn about it. You want to understand it. You want to be able to put yourself in its shoes and see life from its perspective. But given you’re an empath, it doesn’t take much effort to do this at all. In fact, you might even experience it when you don’t want to. Empaths, if they can control their gift, make wonderful therapists, doctors, coaches, teachers, etc. because of their ability to understand the reason behind almost everything and everyone’s actions and feelings.

Now that we have looked into what makes someone an Empath, we can now move on to common things people mistakenly think make them an empath.

Just as there are true empaths in this world, there are also many who think they’re empaths when they’re simply not. This is a major source of all the misunderstanding towards real empaths. As a disclaimer, I am not saying these things to shut anyone down, hurt anyone, or dictate what people consider themselves to be. These points are just my honest opinion.

While experiencing these things can be a sign of having an empathic gift, if this is the only thing you experience out of the list above, then it’s likely not empathy.

2. You Have A Hard Time Understanding The Actions And Emotions Of Others

3. You’re Highly Emotional, But Nothing Else

This is something that confuses many people. Just being highly emotional does NOT make you an empath. As I’ve been saying, empathy is much, much more than just being “too sensitive” and “overemotional.”

4. You Have No Interest In The Mystical Side Of Life

I am not sure how you could consider yourself an empath and not have any interest in what it means or anything else similar to it. There’s not much else to say other than it doesn’t really make sense.

5. You Say You’re an Empath Because You Want To Sound Cool

The life of an Empath is a difficult one, but that goes for anyone with a gift. It may be hard to accept and live with at times, but never forget that empathy is just that: a gift. A gift that has to be nurtured and cared for.

Don’t let anyone get the best of you or tell you who you are or what you should and shouldn’t feel. Learn to embrace your gift and love yourself — everything else will follow suit.