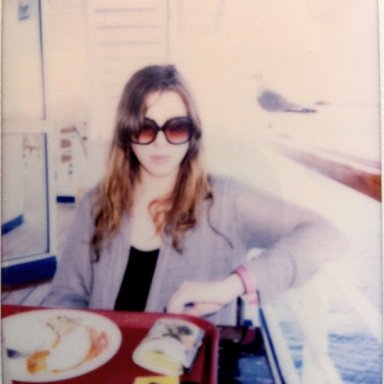 I can pretty much hear many of your biological clocks ticking from here, and while I think parenthood is a valid choice to make if that’s your path and you’re not doing it to get on Teen Mom, I feel like you need to be warned about what exactly you’re getting your ass into.

There are so many completely perfect things about having a baby. It’s empowering. It hard and then you do it and then for the rest of your life, you rarely doubt your ability to do anything. If that’s not the best possible takeaway from an experience, I don’t know what is. I seriously take issue, however, with the bullshit idea that pregnancy and birth are these lovely, mystical, dreamy things. Having a baby is not 9 months of sitting on a tuffet, eating ice cream, and becoming a glowing embodiment of Life, followed by a few hours of sweaty grunting before easing immediately into a blissed out love-zone with your new baby. That is not how it goes.

The reality is so unglamorous, it hurts. It’s gross. You are gross. Your baby comes out gross. Your whole body pauses everything it was previously doing, thinks of the grossest possible shit it could do, and unleashes it all over your unsuspecting life. Eventually everything settles and goes back to normal (an entirely new kind of normal, but still, normalesque life does return at some point), but for a solid year or so, you’re likely to have your entire sense of reality – about your body, your preconceived ideas about pregnancy, birth, and parenthood, and basically everything else in life – turned all the way on its ass.

And while that’s happening, a series of less life-altering, but way more vomit-inducing things will come your way. Here are a few you can look forward to:

All You Need To Do Is Give Yourself A Little Love

7 Things You Need To Know About Creatives

All I Need You To Know Is That I Love You