Most people think of the Federal Reserve—if they ever think of it at all—as the place where American dollars are made. If you look at any US dollar, it says “Federal Reserve Note” right there on it. Whoever controls the money supply has a lot of power, right? Maybe more power than anyone else. Wherever there is power, there is also one or several conspiracy theories about the sinister roots of that power, and the Federal Reserve is no exception.

1. The federal reserve is not part of the federal government. 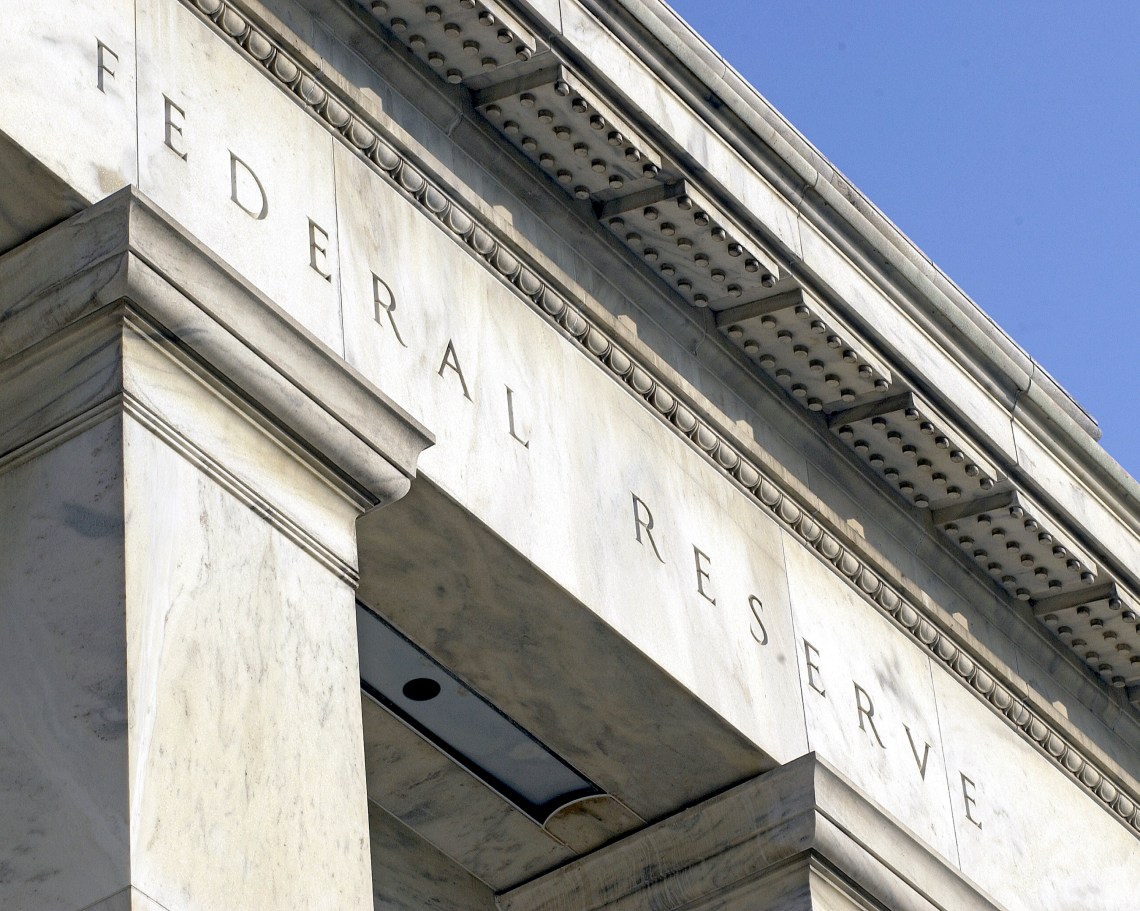 Wait—what? If it’s not part of the federal government, why is the word “federal” in its name? Conspiracy theorists will point out that you can’t find “Federal Reserve” under “Government” in the phone book—you have to look in the “Business” section instead. They argue that calling it the “Federal Reserve” is intended to deceive people into believing that it is part of our government and is therefore democratically elected, rather than what it really is—a sinister “cabal” of private bankers who wish to control world governments through controlling their money supply.

The truth is somewhere in the middle—although the government appoints a Federal Reserve Board of Directors who report to Congress at least once a year, the twelve banks that make up the US Federal Reserve are indeed private banks.

2. The Federal Reserve has never been audited. 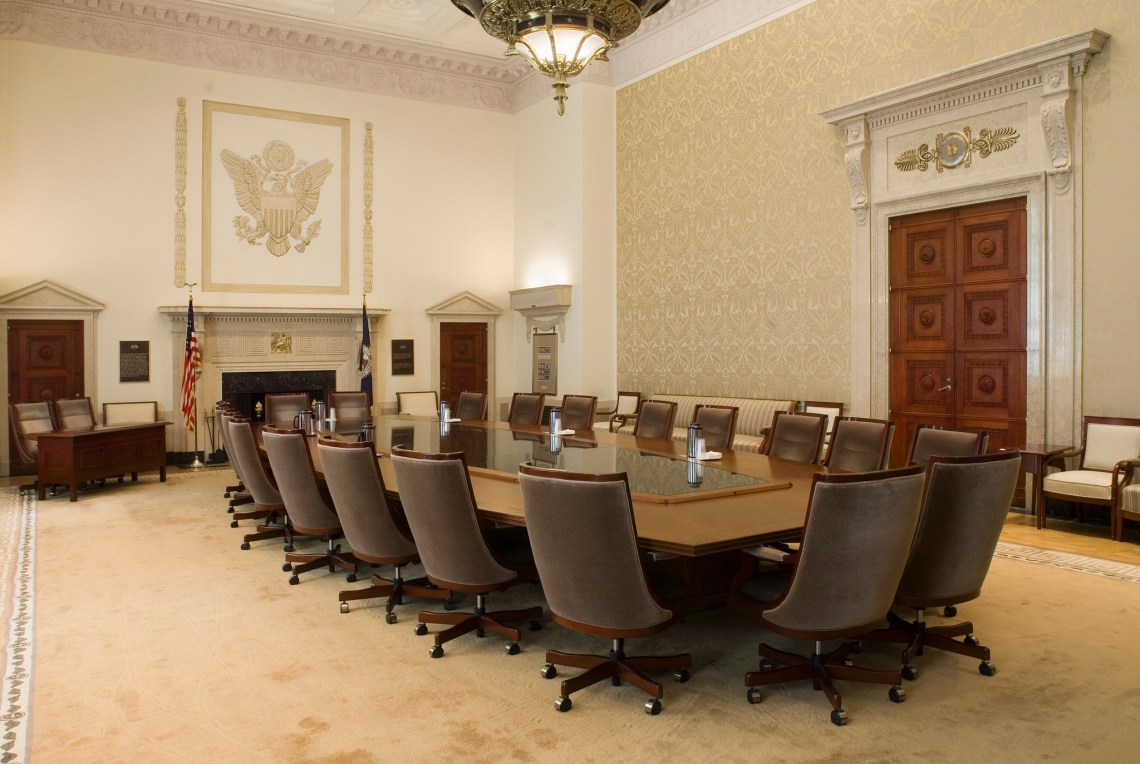 Again, the truth is in the middle—the Board of Directors do get audited, although the banks the comprise the Federal Reserve system have not been audited.

3. It charges interest on the worthless currency it prints. 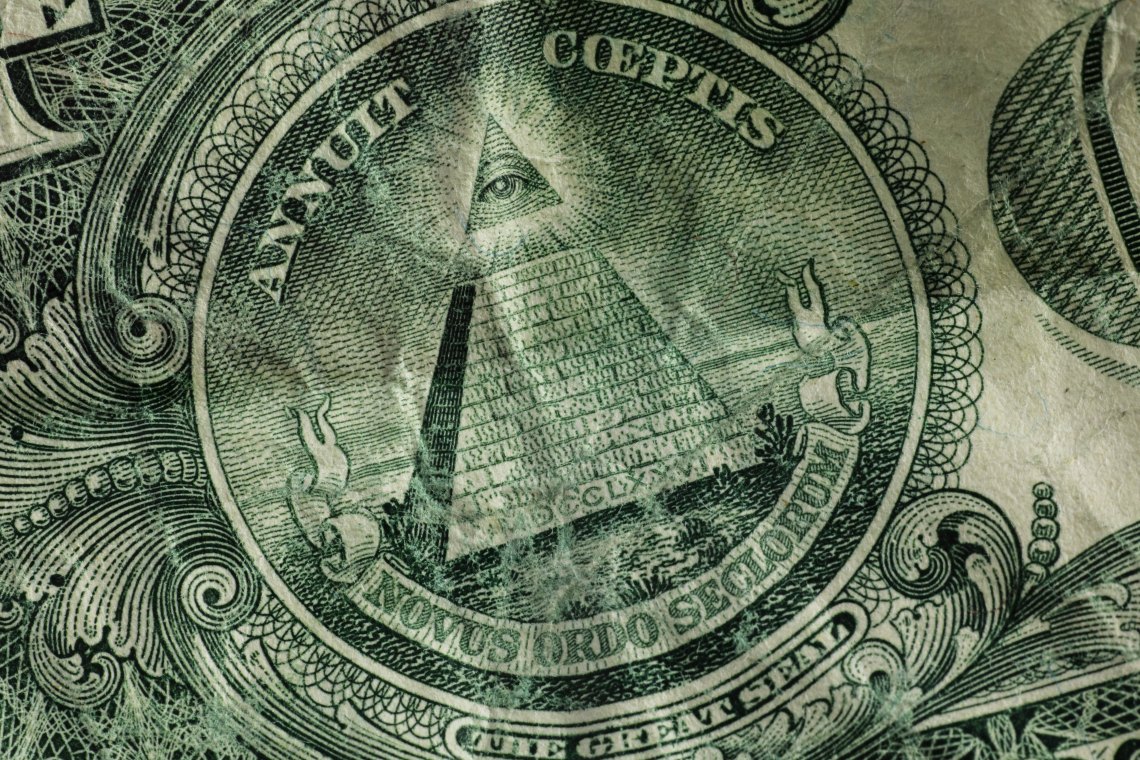 Conspiracy theorists allege that from 1776 to 1913, back when the US government was printing its own money, the overall inflation rate was a mere 1%—in other words, a meal that cost you a dollar in 1776 would cost you only $1.01 in 1913, before passage of the Federal Reserve Act. But since that Act, the same meal now costs you over $20. They argue that the Federal Reserve is the sole reason for inflation and that it is a Ponzi scheme that eventually allows bankers to confiscate nearly all private property because interest payments become almost unbearable for anyone to maintain.

What is true here is that Federal Reserve Notes—AKA “US dollars” are what is known as “fiat currency.” It is money that is issued without anything tangible backing it up. Fiat currency has collapsed every economy in which it has ever been used, because it is structurally doomed to fail. Look at it this way: If you print $1,000 but expect back $1,100 through interest payments, you will never be able to get back to square one—you’ll just have to keep printing money until that money is worthless.

However, this problem of fiat currency and inevitable inflation was not caused by the Federal Reserve Act. It was caused when President Richard Nixon took the USA off the Gold Standard in the early 1970s. Since then, US dollars actually have been the equivalent of worthless paper. 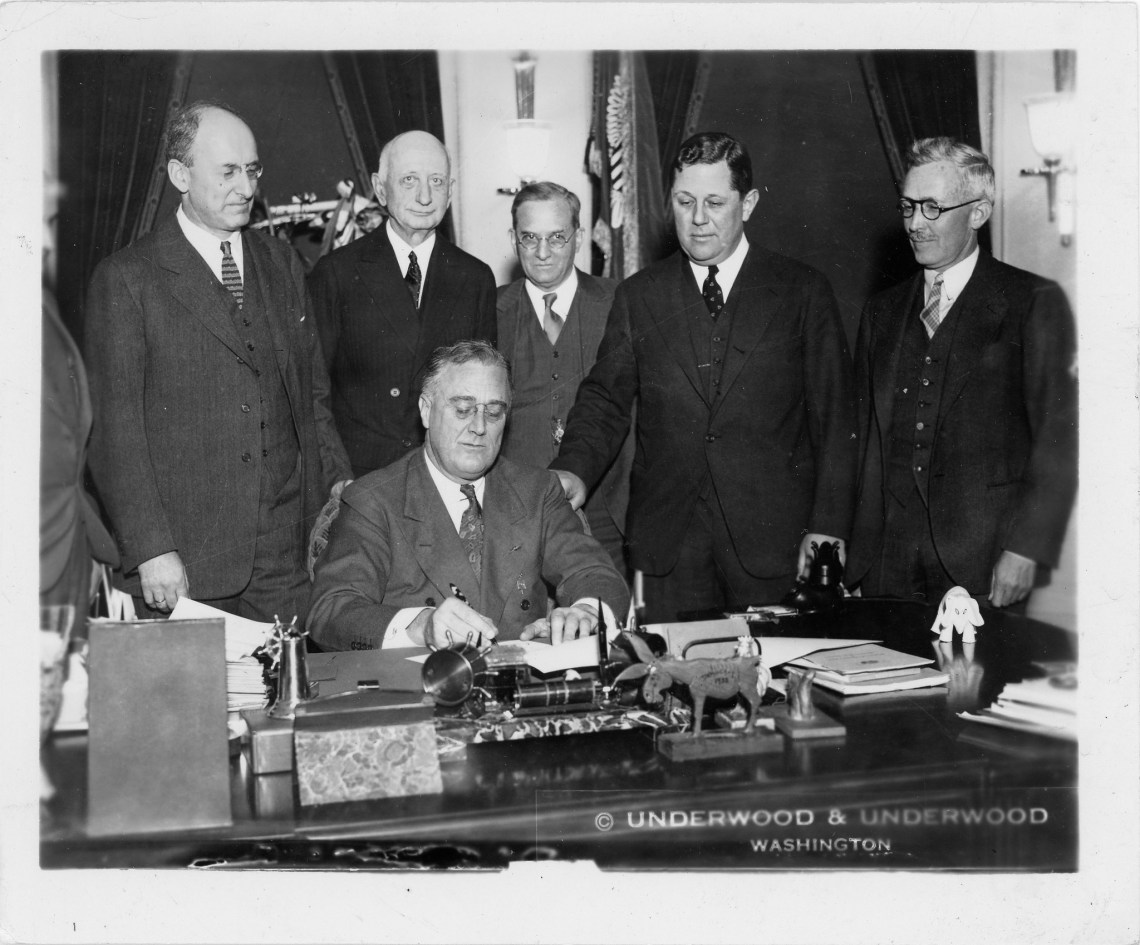 5. It was a scheme founded by a secret group of bankers on an island off the Georgia Coast in 1910.

One of the most famous Federal Reserve conspiracy books of all time is The Creature from Jekyll Island by G. Edward Griffin, which alleges that a group of incredibly wealthy bankers decided to quit fighting among themselves and instead join together to control the entire economy. As the story goes, the meeting was successful, and through their combined clout, they were able to push the Federal Reserve Act through Congress in 1913.

The meeting actually did take place, but historians are divided on the extent to which it was simply a gentleman’s agreement that benefited both the bankers and the US economy or whether it was a power play to seize absolute economic control.

6. The Federal Reserve is a tool of the Vatican. 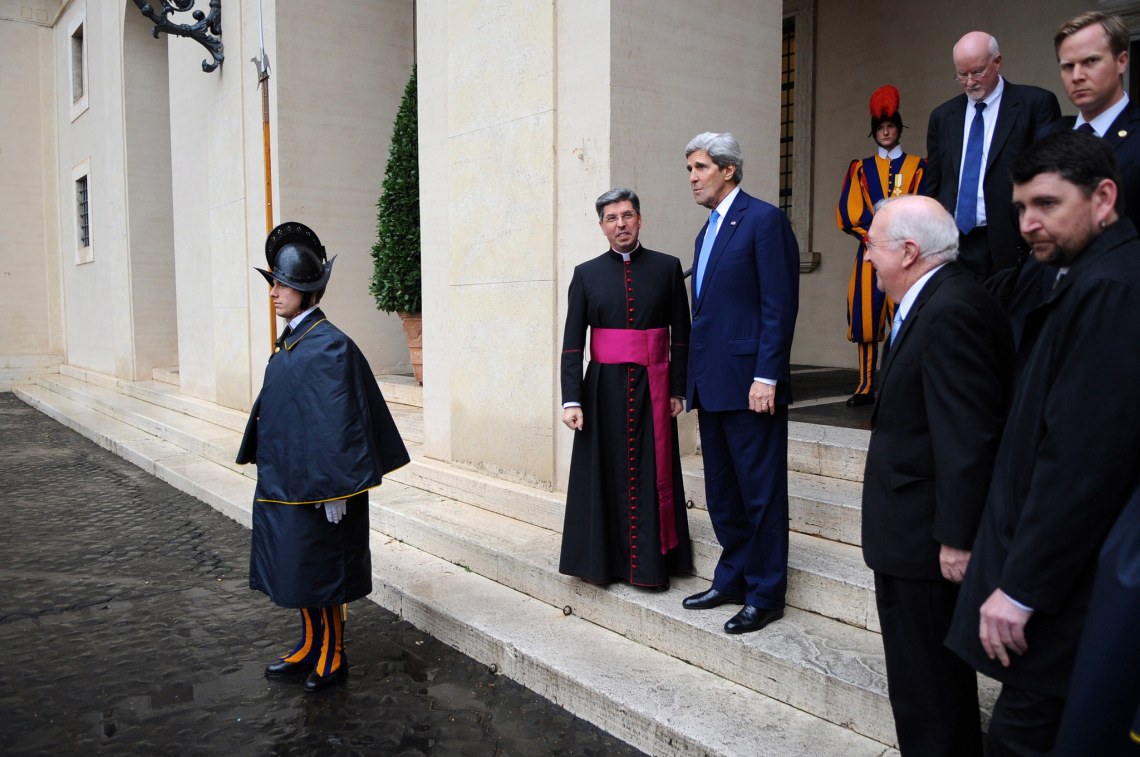 Conspiracists argue that since the early 1800s, certain radical sects of Jesuit priests worked out a deal with the Catholic Church—which may still be the single most powerful economic entity on the planet—to seize control of the world banking system in order to secure the Church’s economic primacy over the planet. Part of this scheme involved controlling the American economy by creating the Federal Reserve.

7. It is a tool of Rothschild banking family. 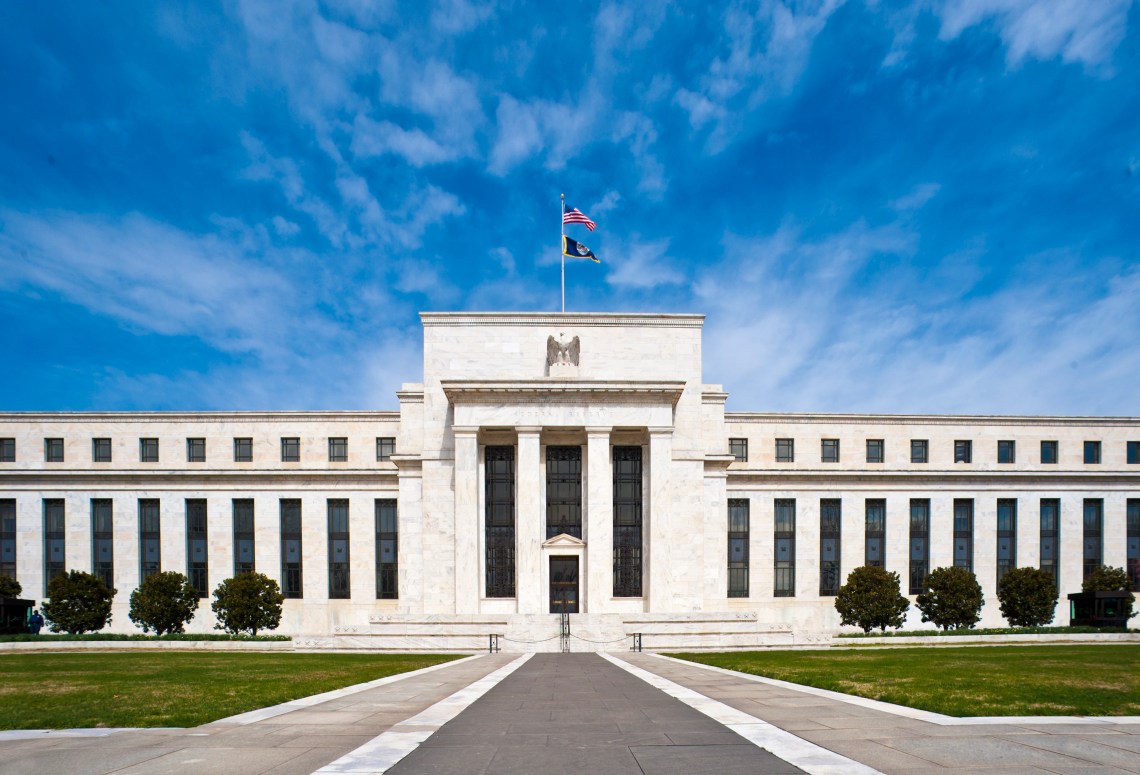 This is part and parcel of the Vatican theory, because those who believe the Federal Reserve is a tool of the Vatican also tend to believe that the Catholic Church is controlled by Europe’s Rothschild banking family, who have been one of the wealthiest families on the planet for 200 years now. The problem with this theory is that the Rothschilds do not own any of the Federal Reserve banks.

8. It purposely finances wars—sometimes both sides in a conflict.

This is what G. Edward Griffin argued in his Creature From Jekyll Island—without the existence of fiat currency, most wars of the past 200 years would have been petty skirmishes rather than full-blown bloodbaths. Without the ability of their benefactors to write blank checks, most sides in any battle simply don’t have the money to keep fighting forever. This aligns neatly with Rothschild banking theories, which argue that the Rothschilds have profited immensely by financing European wars since the early 1800s.

What’s disturbing about this allegation is that there is evidence that bankers have, indeed, financed wars for centuries. Not only did they fund the Nazis, they also helped fund the Russian Revolution, which was supposed to be firmly anti-capitalist and thus anti-banker.

9. It purposely creates depressions in order to enrich itself.

The Federal Reserve was ostensibly created to curtail the “boom and bust” cycle of unfettered capitalism. However, the greatest economic depression in US history happened a mere 16 years after the Federal Reserve Act passed. Critics argue that this is entirely intentional—the fed creates booms and busts because not only does it profit during boom times, it profits during the busts because it gets to seize debtors’ property.

10. It arranged for the murder of John F. Kennedy. 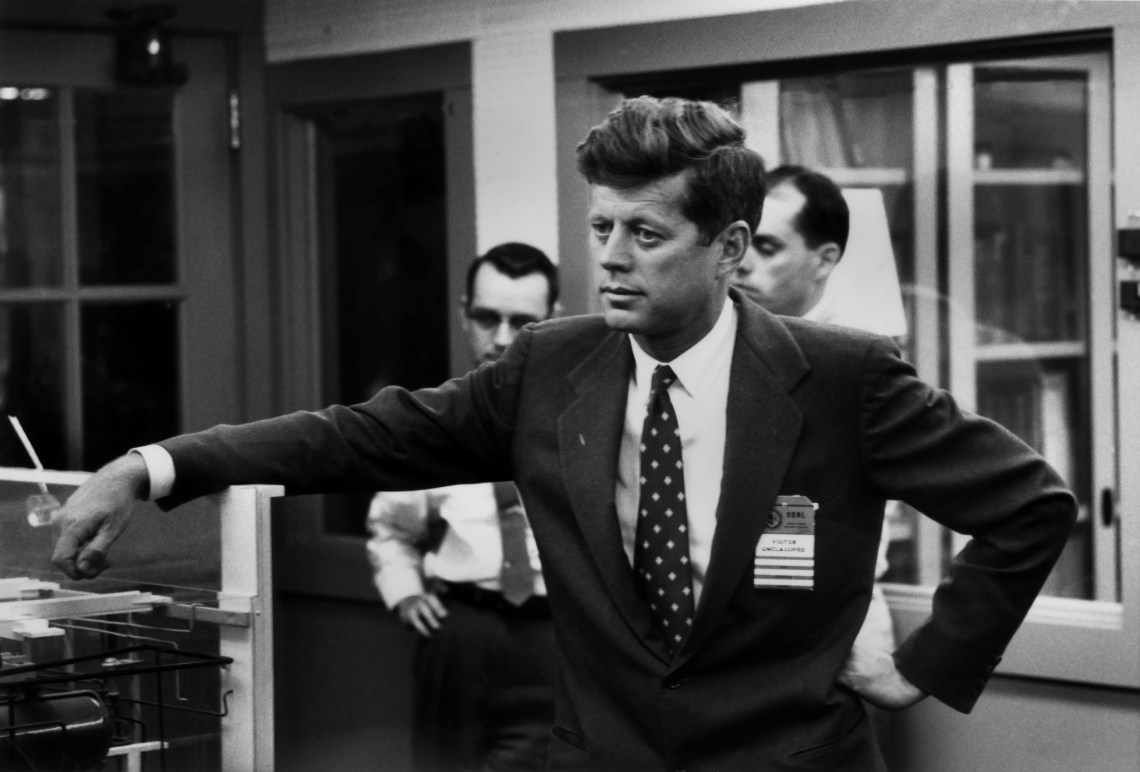 As this theory goes, JFK became privy to some secret information about how the Federal Reserve actually is the US shadow government and wields far too much power for any self-respecting democracy. It is alleged that the fed had him assassinated before he could roll out his plans to abolish the fed.

This theory hinges on an executive order JFK signed that involved the issuance of silver certificates, which conspiracy theorists say proved he wanted to phase out Federal Reserve Notes. However, others say that the specific order in question was only a temporary move, and that most of JFK’s political career involved strengthening the Federal Reserve.

Many have expressed that they only wish that some of these theories were true, because at least they take a boring subject and make it exciting.

Financial Fridays: Why Today Is The Day You Have To Reinvent Yourself