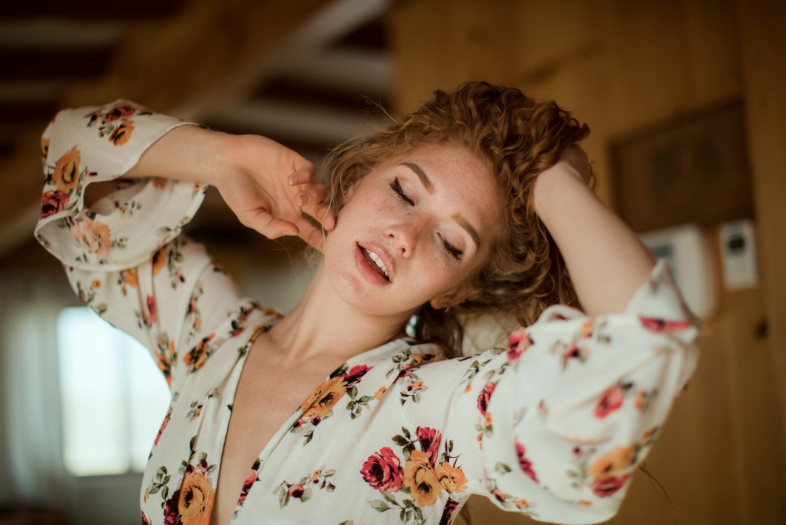 But this is often lost in our hyper-individualized culture, one in which we are constantly inflating our sense of importance by updating highlight reels and statuses about ourselves. Cherishing other people and their worth is a virtue, one that we can’t forget in light of feeling we have to “prove ourselves” to earn our worth in this kind of social structure.

There’s nothing sexy about someone who is too afraid to commit: someone who feels like they are in need of some form of companionship, but aren’t willing to put in the time and dedication and loyalty in return.

But there’s something unbelievably attractive about someone who will go out of their way to plan a date, someone who declares their intentions with you and then sticks to that statement. Someone who knows what they want and knows that they have something to give in exchange. Someone who is willing to take love as seriously as it deserves to be taken; who doesn’t want to just hurt people for their own selfish reasons anymore.

3. They are willing to be wrong.

Someone who treats conversations as a chance to learn something new rather than exclaim why they are correct about everything is undeniably hot. It communicates that they are confident. They realize that how you respond to being wrong says a lot more about your character than actually being wrong in the first place.

4. They care more about the opinions of a close few than many.

What most people struggle with is not worrying about what the people they love and value think about them, but trying to impress the effervescent “people,” to be popular and liked by many. Someone with old fashioned standards realizes the value of those close to you, and that caring about anyone else in any real regard is just a product of projection: it’s really about what you think of yourself.

5. They have depth that isn’t trauma.

Most people are traumatized in some way or another. Very few people can have a depth that’s fueled by curiosity and not pain.

This is not to say that having depth because of trauma is bad. It is to say, however, that few people care to widen their worldview unless they are pushed to do it. It is far more common to meet an insightful person who had to become insightful because of circumstances than someone who knows what they are genuinely interested in, and pursues it for the sake of bettering themselves.

People are most attracted to others who are consistent in their habits. This is the same reason why people will often express resistance to a person changing, even if it is for the better. Regardless, reliability isn’t boring, it’s reassuring. It’s an essential building block of healthy relationships.

They know that life is not what’s happening on a newsfeed, it’s what’s happening in front of you. They aren’t so brainwashed as to think it’s acceptable to be staring at your phone when you’re at dinner with someone, or completely disconnected from how your life feels, because you’re so consumed by how it looks.

The Internet is a powerful thing that has changed the course of human history in beautiful, mind-expanding ways. It also reveals the shadow-side of us, which is to be largely self-involved and easily consumed with ourselves. It takes character to be able to see past that, and act otherwise.

8. They take responsibility for themselves.

The era of being 20-something children is relatively new. It’s also universally unattractive.

There are few things more distinctly irritating to others than people who refuse to get their shit together, or who are unhappy with their circumstances and take no action steps to change them.

People who take responsibility for their lives are not only appreciated, they’re admired.

Regardless of how often you’d like to have it and with whom, people with old fashioned standards respect the concept of sex far more than a lot of people do today. Whether you’re being super intimate, feelings are completely uninvolved, or anything in-between, sex is a powerful thing, and it’s a thing in which you are at your barest and most vulnerable with another person. That is to be respected either way.

They are more timeless than they try to keep up with whatever is ‘cool.’ They dress to suit themselves, not to suit other people’s opinions of what’s “correct” right now. They also have the insight to identify what is a trend and what isn’t.

11. They are sincerely authentic.

The thing that most people often fear the most is being rejected for being who they are, yet there’s almost nothing as universally appealing as someone who isn’t afraid to be themselves and not apologize for it, even if it means that they don’t get to please everyone, all the time.

12. They aren’t afraid to be honest, if not blunt.

A friend or partner who is not afraid to tell you the honest truth is absolutely invaluable. Most people only love themselves enough to want to say anything that will make sure you continue to like them. Only few will love you enough to tell you what you need to hear regardless of how you might respond.