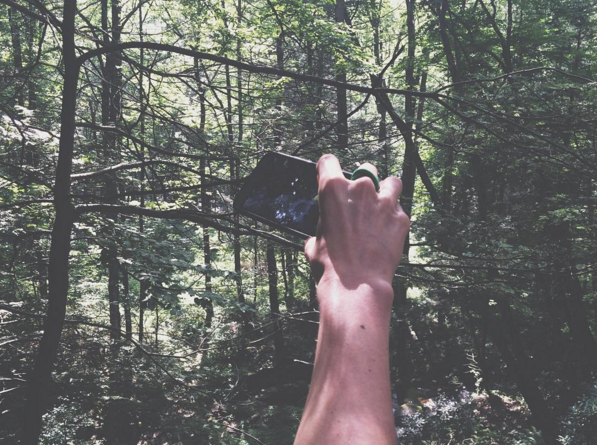 Social media, like anything else, is only destructive when we use it in an unhealthy way. That much is obvious. But what probably isn’t as obvious is the fact that most of our “unhealthy involvement” with it is subconscious, or at least, outside of our control. That is to say, social media may be what you make of it – but “what you make of it” is also usually a product of inherent cognitive function. Your digital life may be a major instigator of the less flattering aspects of human nature, or an inappropriate solution to some long-withstanding emotional issues that have gone unaddressed.

Do we have the kind of self-awareness and discipline to know when we’re seeking validation more than we’re just posting a fun series of photos? Do we have the kind of self-healing capacities to be able to address these problems, and not simply seek the immediate relief online? Do we have the discipline to teach ourselves to disconnect from the Internet and reconnect to our actual, real lives? Research seems to indicate that the answer is no, and that when people are forcibly removed from their online lives, their mental and emotional states significantly improve. Here are a few interesting studies that back this up, and may make you reconsider how benign your online time is after all.

1. People who go without Facebook for just one week report being significantly happier overall simply because they are more present

The study divided two groups of people who first rated their lives on a scale from 1-10, and then half went without Facebook for a week, and the other half continued as usual. The former group’s overall contentment went from an average of 7.75/10 to 8.12/10, while the latter group actually decreased from 7.67/10 to 7.56/10.

The speculated reason is that simply, the people who weren’t allowed to use Facebook were more present in their real lives. Presentness, as we know, is a fundamental component of happiness.

2. We now get our daily news via our social media feeds, but what we don’t consider is how we are picking and choosing what news we consume, and it is shaping the way we see the world.

Essentially, we turn to Twitter more than we ever turn on a TV station (at a rate of 61%, specifically) and while this is likely increasing our awareness of what’s happening in the world, it is also decreasing our open-mindedness, as we insulate our worldviews and reinforce our ideas based on who we follow and what perspective they present of the issue at hand.

3. Facebook use is heavily linked to depression – and it’s largely attributed to social comparison theory.

Studies had shown for a while that depression was spiking in correlation with an increased use of social media, but the theory as to why was only understood not so long ago. Essentially, we’re being constantly probed to engage in “social comparison,” and we’re addicted to it because as much as the “upward comparisons” make us depressed, the “downward comparisons” make us feel better, if not high with validation. (“Upward,” meaning comparing to those perceived to be “better,” and “downward” meaning comparing to those perceived to be worse-off.)

4. Social media use has been linked repeatedly to overall lack of mental health.

According to researchers above, heavy social media users are more likely to have overall poor mental health, psychological distress (anxiety and depression) suicidal thoughts and unmet mental health needs. Essentially, social media users forego pursuit of their own self-esteem, health and validation in favor of what they perceive to be social recognition and acceptance. Yet, they do not ever receive it from a screen, so it spirals into an addictive-like tendency.

While there’s no doubt that social media is not maliciously intended in nature, there is significant doubt that we as humans are able to resist not playing out our deepest issues through them – and as it turns out, it seems to be hurting far more than we realize.