Skip to content
Report This Article
What is the issue?
The weather is chilling up and the nights are creeping in earlier and earlier. I don’t know about you, but this is the time that all I want to do is grab my softest blanket and lose myself in a book for hours, then finish it and get a good therapeutic cry going. At this point in my life, if a book is guaranteed a steady stream of tears, I am all there, up in that book, unable to put it down. Here’s a list of some of the novels I have read recently, which made me weep. Enjoy!

1. What Alice Forgot by Liane Moriarty 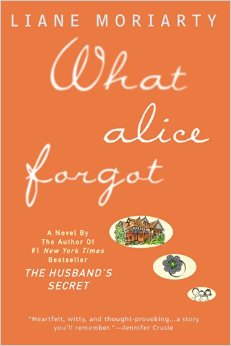 So, this book is about a woman who falls down in the gym when she’s 39, gets amnesia, and wakes up thinking she’s 29 years old, still married, and pregnant with her first child. When she realizes that she is now divorced with three children and is the Worst Human In The History Of Humans and nobody likes her, things start to get really real.

I read this book while on vacation in Palm Springs over the summer and, instead of enjoying the sunshine or, you know, like leaving the hotel room, I spent an entire day on the hotel bed reading this book and taking breaks to sob. Fun times! 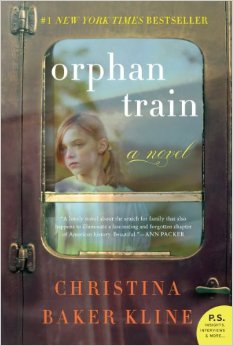 I can’t even give a synopsis of this book without giving away all the best parts. Let’s just say there’s a young girl who loses her family and ends up an orphan on a train trying to get adopted. It’s a period novel. It’s a little slow at the beginning, but I promise you there will be so many tears you will be like, am I ever going to stop crying over this? You will stop crying… in about 2 days.

I read this book while visiting my cousin and her new baby and, about 2 days into the visit, this book became one of those —I can’t put this down even for a moment kind of books— so I told my cousin ‘I need to go to sleep early’ for 2 nights so I could stay up until 1am to finish this book. 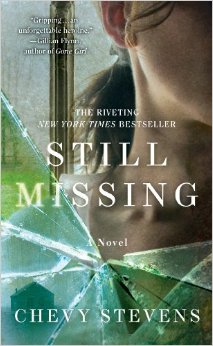 The synopsis of this book is as bleak as any synopsis could ever get. A female real estate agent is abducted while showing a home to a prospective buyer and is taken to a remote cabin. Worst nightmare or, like, WORST NIGHTMARE EVERRRRRRR? Surprisingly, the book was so well done that, although you have anxiety the entire time you read it, it’s very heartwarming eventually… like, 250 pages in, but stick it out. So worth it!

I started this book while staying in a cabin at Big Bear Lake with my friend and, obviously couldn’t put it down, so I read it right up until I went to sleep and that was the worst idea because I was in the middle of the WOODS in a cabin that was not mine, so every scratch of a branch on the window made me jump, so basically what I’m saying is that I don’t recommend you read this book while in a remote cabin with your friend. (But read it anywhere else.)

4. Me Before You by Jojo Moyes 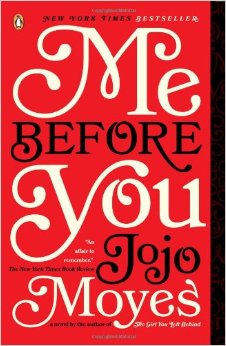 There’s this ordinary woman who has this droll boyfriend and equally droll life. She desperately takes a job working as a caretaker for a guy who is wheelchair-bound and also the surliest guy ever. Sure, he used to do extreme sports and was this total daredevil and is now unable to walk, so I mean, I guess I’d be surly, too, but he’s exceedingly the worst. However, after a slow start, this book digs its claws in you and, all of a sudden, you’re like, Louisa! Will! OMG! (That will make sense if you read the book.)

5. One Plus One by Jojo Moyes 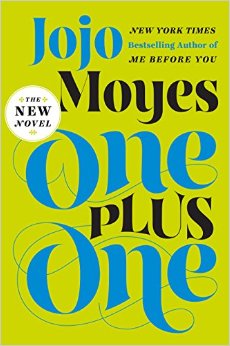 I know, it’s sort of a cop out to use two books from the same author, but this one was so surprisingly incredible that I can’t make a list about novels to read and not include it. There’s this woman who cleans homes for a living to support herself, her brilliantly gifted daughter who is crazy good at math, and her ex-boyfriend’s son who is being bullied and who is also not at all related to her, but she’s a SAINT. Anyway, she then crosses paths with a very wealthy (and surly!) guy whose house she cleans. Then, it goes from there and I can’t spoil the rest.

I fought with this book. At the beginning, I was like, what is happening and who are these people? Then, in an instant, I loved all of the characters so deeply and so completely that I was sad when it ended, mostly because I wanted to continue to live in their lives. Read this book.

6. The Age Of Miracles by Karen Thompson Walker 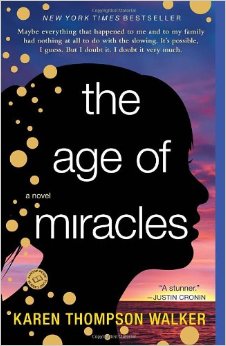 This book! Ok, so the Earth’s rotation starts to slow and the minutes chip off, the days grow longer, it’s all very scientific and end-of-the-world-like, but it’s seen through the eyes of a 10 year old girl. In the book, we grow up with her, as this weird phenomenon which is literally burning the world out, encompasses her entire life. This book is brilliant, touching, riveting, and all the things you need a novel to be.

I read this book a while ago and it has been long enough that I could probably read it again and be able to live it all over as if I haven’t read it before. Best feeling! 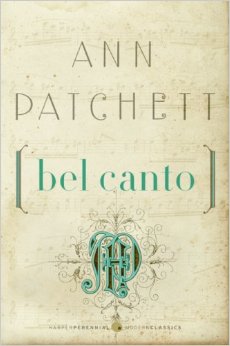 I don’t even know if I can talk about how good this book is because anything I say will do this novel justice. Therefore, I will take a snippet from the official synopsis: “In an unnamed South American country, a world-renowned soprano sings at a birthday party in honor of a visiting Japanese industrial titan. His hosts hope that Mr. Hosokawa can be persuaded to build a factory in their Third World backwater. Alas, in the opening sequence, just as the accompanist kisses the soprano, a ragtag band of 18 terrorists enters the vice-presidential mansion through the air conditioning ducts. Their quarry is the president, who has unfortunately stayed home to watch a favorite soap opera. And thus, from the beginning, things go awry.”

This novel blew my mind. It was riveting, gorgeously-told, and heartbreaking in all the best ways. You’ll most likely finish it in one day, then wish you could wipe your brain just so you can read it all over again.