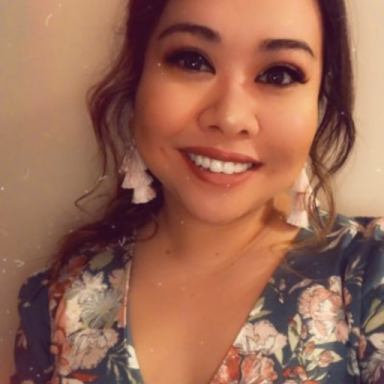 That summer still lingers on my tongue, sticky and sweet, like fresh honey in a mug of tea. Flashback to that June, when we’re picking dandelions atop a grassy hill. When we lay on the green of the Earth and make amends with who we’ve been. When you say sorry for the first time long before I knew how many times you’d breathe out apologies. We play board games by candlelight and flip through old CDs. We tell stories about growing up and drink whiskey like it’s water. We stand under storm clouds, we watch the waves crash the shore; we dance in the rain, in the kitchen, in your room, in the street. We dance and we dance and we dance, and never once do I expect the music to one day stop.

It’s July and we are a mess of tangled limbs. On the couch. In the bed. On the sand. In the car. It’s July and we’re sitting under a lifeguard stand, your head on my shoulder, naming all of the stars under a neon moon. I hold onto your arms and you sing into my ear. We drive for miles and do nothing but talk. We drive for miles and you never take your hand off my thigh. You tell me the funniest thing you’ve ever done and I laugh until I can’t breathe. I watch with glittering eyes on the sidelines as you do the thing you love the most and I plant myself next to you when that very same thing buries you into the ground. I come running with a hose, but you tell me to stop watering weeds. But weeds are just wildflowers, and you, my darling, have always been a wild soul. I am convinced that people always leave and you tell me that no one ever stays. But my feet have been planted in the soil ever since we started this dance. We are driving on a busy road and you almost crash into an onslaught of traffic. I scream your name and throw myself in front of you, and just for one second, the image of you from the first time you got out of your car and ran into my arms flashes before my eyes, and I vow in that moment that we have to be the ones to prove ourselves wrong.

It’s January again, and I’m sorry to bother you, but do you remember the time you asked me to describe love using one word? “Home,” I whispered. “Love feels like coming home.” It’s just that I left a map in your car and I’ve been letting the sun guide me ever since. It’s just that summer’s never been my favorite season, but that summer was the solstice that brought me to life and then swallowed me whole. It’s just that I have cuts all over my hands from trying to make a mosaic house out of our broken shards of glass. It’s just that I don’t know how to stop the bleeding.

The winter air clings to the earth and I am desperate for a sun that won’t shine long enough. It’s December and your head is in my lap; my heart is in your hands. You tell me that you love me while you draw hearts with your finger on my palm. We chase a bottle of champagne with laughter and bare feet on icy pavement. We dance dizzily to nothing but the sound of our own heart’s beating. It’s January when I lay in your arms, where you kiss my head and tell me on a Wednesday morning that you love me. It’s February when you throw me on a pedestal. When you shout about who we are from the rooftops. When you show me off like a prize. When I start to mistake big red flags for big red love.

It’s March when I learn that fear is an anchor I am just not strong enough to untie. It’s March and you’re across the bar from me. My chest aches at the truth we’ll never say. I don’t try to make eye contact. I don’t try to look into your eyes for the confirmation of almost. It’s March and you’re buying us drinks and a girl I’ve never met leans into me and giddily tells me that the man across the bar is in love with me. I nod and smile politely, my head spinning before I’ve even had a sip of liquor. She pulls me into the bathroom the way girls do and suddenly we’re no longer strangers. Suddenly, she’s telling me, “You’re lucky. It’s cute the way he’s looking at you. You can tell he cares.” We touch up our makeup and before I can turn around, she says, “But he looks worried. Like he was afraid that he lost you in the crowd of people.” She links her arm into mine and we walk out together. I make my way through the sea of bar regulars and feel her words echo in the air around me. I see the way you’re looking, but caring isn’t synonymous with a lace-clad walk down the aisle and that look of worry isn’t synonymous with the fear of losing me in a crowd, but losing me to the truth: that our love could never withstand all four seasons, and how naïve was I to think it could.

"There will always be light, and I will never stop chasing it."