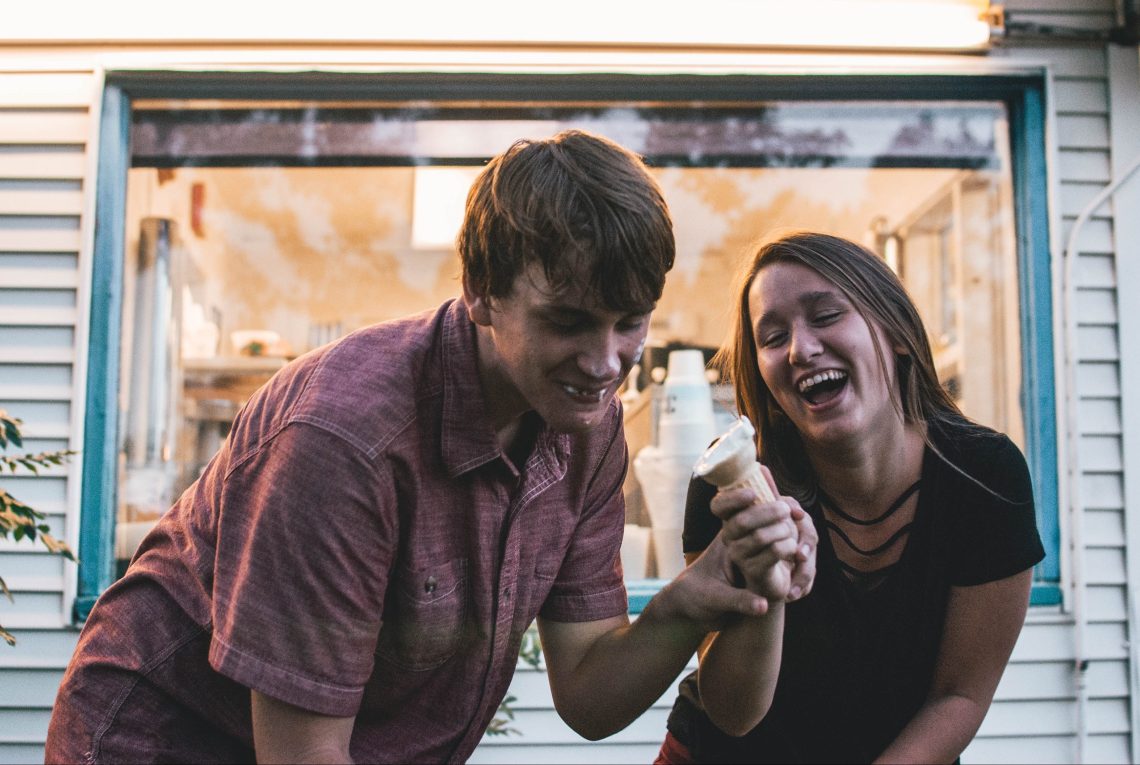 1. You complain about him to your friends all the time. But they are empty complaints everyone knows you don’t really mean. They are things like he’s so annoying and ugh I hate him.

2. Whenever you look at his social media, you close the page before anyone can glance over your shoulder like you were doing something wrong.

3. Your thoughts keep drifting to him whenever you read or shower or drive down the highway. You spend a decent chunk of time replaying conversations with him in your head, reliving the moment.

4. When he mentions how much he likes a certain television show or band, you end up looking it up later to test whether you like it too.

6. You dress to impress him. You might not realize you are doing it — but if you don’t see him throughout the day, you’ll feel like your outfit was wasted and will want to wear it again as soon as possible.

7. You take a while to text him back. Instead of typing out the first reply to pop into your head, you take your time answering his messages because you don’t want to come across the wrong way.

8. You avoid liking every single picture he posts — but you never scroll straight passed his pictures either. You look at them for a fraction too long, trying to figure out where the photograph was taken and who he was with at the time.

9. Little, stupid things remind you of him. This happens multiple times per day.

10. You keep coming up with random reasons to start a conversation with him. You’re always looking for excuses to send the first text.

11. You read deeply into everything he says. You analyze every move he makes.

12. Happy songs remind you of him. So do sad songs.

13. Whenever you go a few days without speaking to him, you end up in a sour mood.

14. You have had to explain to your friends fifty times that you do not like him. But they keep asking. They don’t believe your denials.

15. You can list out all of the compliments he has given you. They are all pinned to your memory.

16. Whenever he asks you to hang out, you push aside everything in order to make time for him.

17. You pay close attention to him. You know every outfit in his wardrobe and the name of the cologne he wears.

18. You watch every single one of his stories to see how he’s been spending his weekends. Or you will at least squint to see what’s inside the bubble, trying to make out what pictures he took without having to click.

19. Thinking about him puts you in a frisky mood.

20. The idea of dating him is ridiculous to you. You cannot imagine yourselves as a couple. Of course… if you found out he had feelings for you, you would definitely consider going on a date with him.