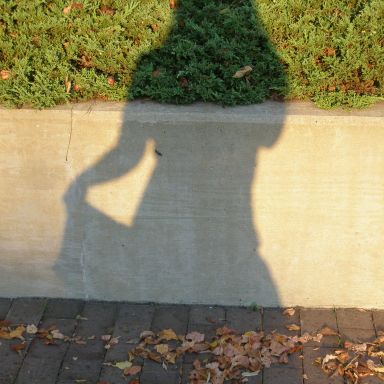 It’s been a long time.

You knew him right before you moved on from something important. You didn’t want to end that stage in your life, but you were graduating or you got a new job and it had to be over. You had to go. Your friends were moving on too maybe, but you didn’t think they felt the loss as acutely as you did. You’re the kind of person who chops your life into distinct stages in your mind. It’s lonely being like that. You’ve always felt like a fragmented person with a million free-floating pieces. Just a few of them matched anyone else’s.

Until you met him.

He seemed nothing like you at first. But something about the look on his face – those little expressions he made that he thought no one else noticed – said he was your person. He asked you to smoke. You talked casually. Neither of you are casual talkers. One of you would speak and the other would pause to think before saying the next thing. Those pauses were loaded and both of you were nervous and it felt like forever had passed between one word and the next. But it always turned out to have been just the right thing to say. You tumbled into bed like you’d fall into a good book or something: so natural that you didn’t even notice the progression.

You talk about the people you see. You make him laugh. His thoughts are as catty as yours and it makes you feel great. Every night he lies on his back in your room and you swing one leg over him, tracing his face with the tip of your finger as he tilts his head to your hand so you can memorize him more. He has distinctive marks on his body, like a light scar under his eyebrow. He likes when you play with it. No one else ever noticed that about me, he says.

He’s patient in bed. You tell him how to touch you and you can see his brow furrow as he tries to get it just right. He’s amazing, because he tries so hard. He confides in you. He always acts like it isn’t a big deal but you know it is. Your days and nights are on two separate planes. He doesn’t overlap with the rest of your life. But your soul; your gut; your fucking essence – the two of you are linked. And it feels like that’s the only thing in the world that matters.

You’re still wondering what happened. The most important parts of you were closer than anything. But the most relevant parts weren’t. He was the right person at the wrong time. Or maybe, you think, before you push that thought away, the wrong person at the right time. He came along when you were just about to break and you’d still be feeling that damage now if he hadn’t been around to protect you. It can’t be fate that makes connections like that happen. It feels like more of a mathematical formula. And in the end it just didn’t add up.

On your last night together you plead with him not to forget you. “You’re not a forgettable person,” he says, and he kisses you long and hard because he really means it. He says goodbye the way he knows you want to remember it before he closes your door. You sit down, touch your lips, and let yourself re-feel everything that happened from beginning to end.

We like to think our lives are linear. That everything you do accumulates into a better decision-making process that will get you the person you’ve really wanted all along. But what if it isn’t? What if he’ll always be the person you’ll have had the most piercing feelings for? What if those few months outweigh the rest of your relationships for the rest of your life? Maybe what you want the most and what’s best for you really aren’t the same thing. (And if that goes for you, of course, it goes for him as well. You feel smug. You don’t want to be smug though, because you really do want the best for him. Really.)

You tell yourself you lost nothing really. You two had what you had and it will always be happening on a loop in some corner of the universe. Or maybe just a corner of your mind. Maybe you like the feeling of doomed love. You relish that bittersweet piece of your past that casts a golden shadow over the rest of your forward-thinking life.

Or maybe you just see him on Facebook and wonder what would happen if you ever got to see him again.