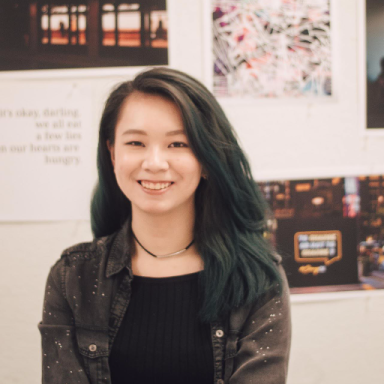 For months, I kept dreaming that someday we’d be friends again. I tried everything to have you back by my side. I texted your friends asking how you were doing. I asked my friends what they thought of the situation. I even walked to your door multiple times with the plan of talking to you, yet I could never bring myself to knock on your door. I tried distracting myself, yet all I could think about was the words I should’ve said and the things I should’ve done. I couldn’t fall asleep because my mind was running 100 miles an hour, wondering when and how everything went wrong. Was it something I said? Did I cross a line? Was I too close? What happened to us? And when I finally fell asleep, I struggled to wake up, not wanting to face the reality—not wanting to live another day knowing you’re gone.

For months, I was in denial. I refused to believe that distance and “taking a break” was the healthiest thing for both of us. I blamed your leaving for triggering my depression and anxiety. I told everyone you ghosted on me when the truth was your last text was a goodbye—even if I didn’t realize it for 6 months. In the end, it was what our mutual friend said that slapped me back to reality and rationality—

“umm…you know him better than any one of us do.”

At first I denied that statement. I thought that if I really did know you, you would’ve stayed because you’re the best person I’ve ever known.  But after months of thinking, I realized that is exactly why you had to cut yourself off. You cared too much, and you always had a way of seeing past my facade. You’re a lover, so you feel what others feel. You’re a counselor and a healer, so you want to fix everyone and everything because you couldn’t fix yourself. You want to help them and fight for them. You want to save everyone you love.

You tried to save me, but what you saw in me and everything I told you became a burden on you. You had to cut me off to save yourself. You were struggling to stay afloat yourself, and all I was doing was dragging you along on my own downward spiral. I know, because I’ve been in your place. The only difference was that I could never bring myself to cut ties.

Fast-forward to now, nine months and 16,000 miles later, I’ve finally faced the truth and accepted our current state. I understand why you had to remove yourself from my life. I now see how toxic I was. I was never good at setting boundaries, and, as a result, I overstepped your boundaries—and the worst part was I didn’t even realize I had overstepped until months later. I shouldn’t have blamed you for my downward spiral because there was nothing you could’ve done to save me. And even if you had tried, what I did wasn’t how friends should treat each other—that’s what I should’ve done with a therapist.

I wish there was a way for you to see that I’m doing better now. I wish you could know that I’ve been working on myself, and I’m making progress. I still hope that I can one day have you back in my life, but I understand that maybe distance is for the best. But, more than anything else, I wish there was a way I could tell you—I’m sorry I hurt you when I was hurting.

I write because it's the only way I know how to express myself.