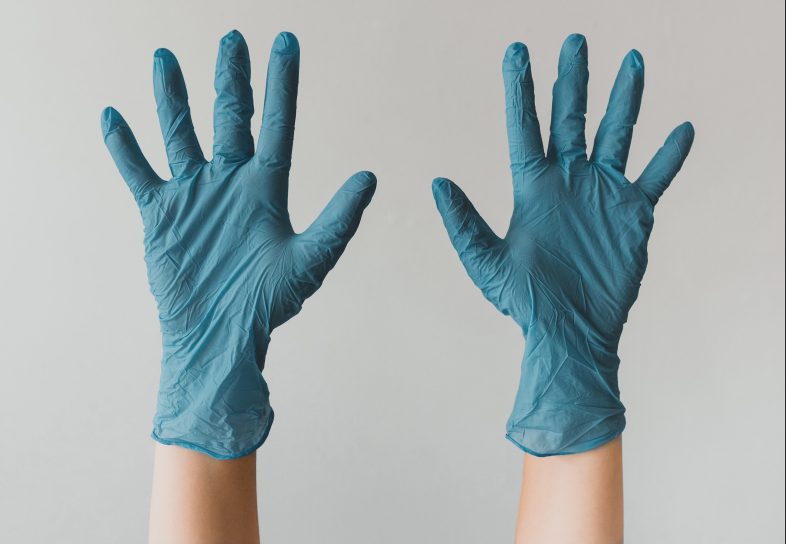 Producer’s note: Someone on Quora asked: What was it like practicing medicine in the early 1980s, when people (initially homosexuals, hemophiliacs, heroin addicts, and Haitians) started dying because of opportunistic infections from HIV/AIDS? Here is one of the best answers that’s been pulled from the thread.

It was scary. I was a resident at UCLA in the early 80s where the first reports and the first paper originated describing a new syndrome. The New England Journal of Medicine paper from UCLA describes 5 cases of pneumocystis carinii and oral candida in immunodeficient gay men by Dr. Gottlieb and has one of my intern’s names, R. Wolf, as a co-author.

This is how the abstract to the paper read:

Four previously healthy homosexual men contracted Pneumocystis cariniipneumonia, extensive mucosal candidiasis, and multiple viral infections. In three of the patients these infections followed prolonged fevers of unknown origin. In all four cytomegalovirus was recovered from secretions. Kaposi’s sarcoma developed in one patient eight months after he presented with esophageal candidiasis. All patients were anergic and lymphopenic; they had no lymphocyte proliferative responses to soluble antigens, and their responses to phytohemagglutinin were markedly reduced. Monoclonal-antibody analysis of peripheral-blood T-cell subpopulations revealed virtual elimination of the Leu-3+ helper/inducer subset, an increased percentage of the Leu-2+ suppressor/cytotoxic subset, and an increased percentage of cells bearing the thymocyte-associated antigen T10. The inversion of the T helper to suppressor/cytotoxic ratio suggested that cytomegalovirus infection was an important factor in the pathogenesis of the immunodeficient state. A high level of exposure of male homosexuals to cytomegalovirus-infected secretions may account for the occurrence of this immune deficiency. (N Engl J Med. 1981; 305:1425–31.)

We were admitting young previously healthy gay men with this very weird pneumonia, the kind of stuff people usually only got if they were on prolonged immunosuppressive medications.

Bob Wolf, an intern, ordered the first immune blood analysis and brought the results to the attention of UCLA’s immunologists. That’s why his name is on that paper.

In those days, there were no blood and bodily fluid precautions among the staff. There were also no blood draw or IV starting teams. Those were jobs for medical students, interns and residents and we did it bare handed. Can you imagine being a medical student learning to draw blood cultures and start IVs on HIV patients without using gloves? We all had our share of needle sticks and accidents in the operating room.

Looking back, it was like the wild west days of house staff training. We were much less supervised and had significantly greater responsibility and independence.

I have vivid memories of that time in my career. At the beginning, we weren’t scared because like everyone in our late 20s, we considered ourselves bullet proof.

All of us were very curious at first. We only got scared later. It’s very rare to be involved in the cusp of a dramatic new medical syndrome. We were admitting new patients almost weekly, young previously healthy men with unusually severe infections and a cancer, Kaposi’s sarcoma, that previously only elderly people got with much less severity. And they didn’t have just one spot of Kaposi’s, it was Kaposi’s everywhere on the body. Maybe 30-40 spots all over the skin including face, inside of mouth, and lining of the stomach on endoscopy.

Within a number of months, it became apparent that AIDS was caused by a blood infection and everyone freaked out.

I’ll never forget putting in a central line on one of the first AIDS patients usingbare hands. His blood pressure had dropped precipitously and the nurses called a code. We rushed into the room and I did without gloves what I’d done dozens of times during a code. I asked for a central line kit, barely prepped the skin with iodine, put the big needle into the subclavian vein, got a gush of blood, took out the stylet and fed the catheter through to just above the heart so that the patient could get high volume fluid resuscitation. There was blood everywhere and as usual, my hands were covered in it.

Then I did what I always did with my hands. I wiped them on the sheets and we wheeled the patient into the elevators and took him into the ICU. I gave verbal orders to the nurses, got a clipboard and wrote orders.

When the dust settled, I washed my hands. That’s probably 30-40 minutes with HIV on both hands with all the small cracks around my cuticles and probably a small cut somewhere. That’s how we did it in those days.

So how did the freak out period start?

For me, it was when one of the UCLA immunologists was consenting a young gay man with pneumocystis pneumonia for a blood study during rounds. Two interns, two med students, and I stood around the bed just like you see on a TV show.

The immunologist walked in and put on a gown and gloves. What was he doing? We were dressed as usual, white coats, that’s all. But he was gowned and gloved to just talk to this young man? On concluding the discussion, the immunologist gave the patient his pen to sign the consent form, handed one of the interns the blood vials to be drawn and sent to his lab, and then as he walked out the door, he threw his pen away.

He threw his pen away.

Not one of us missed that.

We looked at each other and it started to dawn on us. We began to remember every ungloved blood draw and procedure done in the past months and started freaking out. Within a week, there were boxes of gloves in every room, we were double gloving to start IVs, and we washed our hands after examining a patient as if we were going into the OR.

It was really terrible taking care of those poor patients. They were invariably young, very nice, very scared, with great friends and family. And we couldn’t do anything. We’d treat one infection and they’d be back in another month, 10 pounds lighter, with another infection. The Kaposi’s was horribly disfiguring and no amount of makeup could hide it.

In America today, we almost never see AIDS. The antivirals are so effective that the public seems to take HIV very lightly, like it’s getting herpes or something like that.

This answer originally appeared at Quora: The best answer to any question. Ask a question, get a great answer. Learn from experts and get insider knowledge.

We Thought We Found A Dead Hooker In The Woods, But It Turned Out To Be Something Much Worse