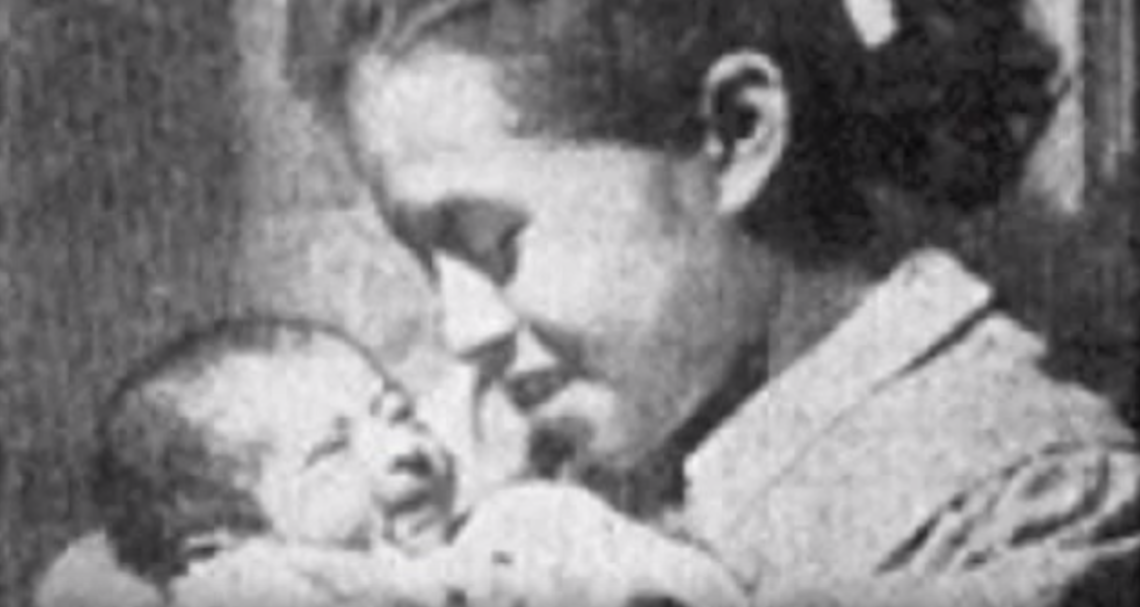 Putting aside how she got pregnant for a moment, in 1939, a five-year-old Peruvian girl named Lina Medina was taken to the doctor because of her distended abdomen and it was initially believed that she had a tumor of some kind. After a battery of tests, however, it was determined that she was in fact seven months pregnant. A couple of months later, Lina gave birth to a baby boy via caesarian section. Lina had what is known as “precocious puberty” and experienced her first period when she was only eight months old. Her son was then raised as if he were her little brother.

The father, if ever identified, was never revealed. 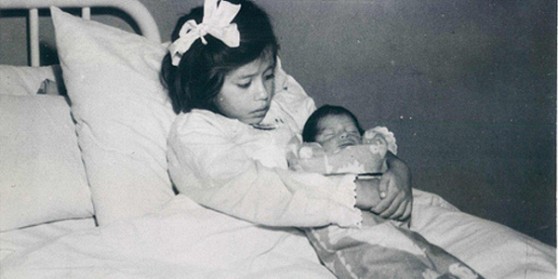 You likely know Shel Silverstein from his many children’s books including “The Giving Tree” and “Where The Sidewalk Ends” but Silverstein was also a staff cartoonist for Playboy for 40 years. His cartoons from his time there are actually quite incredible and show a different but just as thoughtful side of Silverstein. You can get a look at some of the more amazing cartoons he did while traveling, here.

3. You Are Living In An Ice Age

What’s consider “outer space” is actually only 62 miles directly above you. If you could drive straight up then you could get there in under an hour. Of course, you’d then die and become a human popsicle orbiting the Earth for all eternity.

5. A Man Walked Across The Atlantic Ocean

This happened in 1988 and was achieved by a musician Frenchman named Remy Bricka. He did it by attaching floating skis to his feet and using an oar to steer and aid in propulsion. It took him about two months to cross. In 2000, he tried to do the same thing across the much larger Pacific Ocean but had to be picked up after five months.

Founder of Kellogg’s Cereal, John Harvey Kellogg was adamantly anti-masturbation and was a staunch Seventh Day Adventist and vegetarian. In 1888, he devised a method he believed would keep kids from touching themselves, cutting off their foreskins which probably had a lot to do with his religion and little to do with good science.

7. World War II Was The Worst For Soviet Men

80% of all Soviet males born in 1923 didn’t survive World War II. In addition, 20 million Soviets died in total during the war, half of which were civilians. This should put more recent wars, including Vietnam, into perspective. More Americans just died on D-Day that have been killed during the entire 13 year war in Afghanistan.

Thanks to the movies, we all have this idea of Saudi Arabia as a land replete with both camels and sand. Well, oddly enough, Saudi Arabia has to import both of these things. Where do they get them? Australia. Australia has higher quality sand than Saudi Arabia and also has the largest wild camel population in the world thanks to explorers leaving some behind in the 19th century.

Up to a week longer, actually and they stand up straighter. All you have to do is dissolve a small portion of the drug in a vase’s water and you have erect and attentive flowers.

It’s not even close. For every one shark bite in the world, twenty five New Yorkers have taken a chunk out of someone.

11. Women Who Break Their Hips Are More Likely To Die

A weird statistic but if you’re a women between 65 and 69 years old and you break your hip then you’re five times more likely to die within the next year than someone who doesn’t break their hip. Ladies, keep that Calcium intake going!

It really doesn’t because it has inherent properties that kill bacteria including high acidity and low moisture content which means bacteria can’t reproduce or even live for very long. Another fun fact, crystallized honey hasn’t gone bad. Just heat it and it’s fine.

13. ‘Honest’ Abe Lincoln is in the National Wrestling Hall of Fame

Before he was emancipating or hunting vampires, President Abraham Lincoln was checking fools and taking names. A notorious shit talker, Abe won 299 out of the 300 wrestling matches he was in. 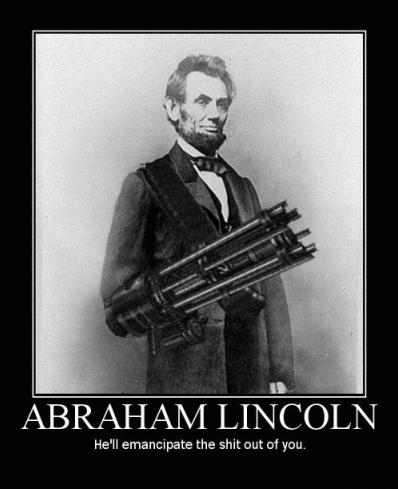 14. The University of Oxford is Older Than Everything

Founded in 1096, the University of Oxford is older than the following things:

And many others. Point being, it’s older than almost everything else that currently exists.

15. America Isn’t a Nation of McDonald’s

We tend to think of McDonald’s as being everywhere and so numerous that it sort of defines the culture. Not so. There are 35,000 Mickey D’s franchises across the entire world (14,000 in the U.S.) but there are more than three times as many libraries in the U.S. alone at 119,487.

It’s not even close so the next time someone tells you Americans care more about eating than libraries you can shut them down with the above.

This seems impossible at first since, according to Islamic tradition, Muhammad wrote the Quran. However, according to carbon dating, the oldest known Quran fragment written on animal skin might actually be older than the Prophet himself meaning that Muhammad may not have written it many portions of it at all but instead adapted some of an older text written by someone else before he was born.

17. Scotland’s National Animal Is Made Up

It’s a Unicorn which is actually a mythical animal that has its origins in Babylon, not Europe, and definitely not Scotland. Still, cool.

18. Wooly Mammoths Were Around When The Pyramids Were Being Built

The earliest Egyptian pyramids were built between 2630 BC–2611 BC. Mammoths were still living on Alaskan’s St. Paul Island and Russia’s Wrangel Island at the time.