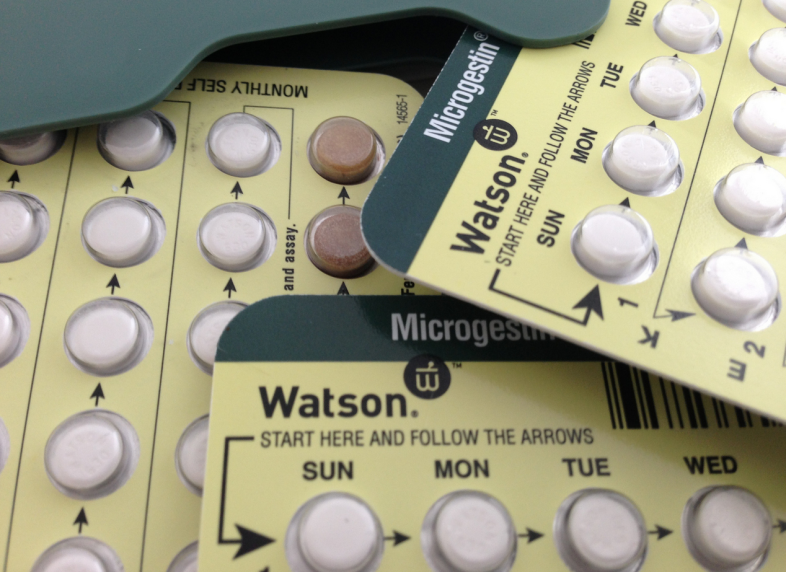 For many women, oral contraception is a kind of rite of passage. As of last year, 27% of women who used birth control used the pill — and many started taking it as early as age 15. While a lot of the more common and immediate side effects are regularly discussed by the pharmaceutical and medical industries, the less common and longer term ones usually aren’t discussed fully and in a lot of cases appear to be intentionally downplayed, even by doctors.

Keep in mind that different kinds of birth control pills work differently and absolutely do have some positive side effects (aside from preventing pregnancy). However, considering that alternative non-hormonal alternatives are out there it might be worth considering the below harmful aspects of the pill.

1. You Never Want to Have Sex Anymore

If you previously had a high libido and it dropped after you started taking the pill then there’s likely more going on than you just being busy/bored with sex. Consider that a 2010 study revealed that out of a group of 1,086 women using oral contraceptives, 32.4% of them were at risk for for Female Sexual Dysfunction (FSD) with 8.7% experiencing orgasm disorder. That’s a full third of women in the study who aren’t able to muster their libido the way they’d like to consistently and nearly 10% who just can’t have an orgasm.

Why is that? Well, we all know this inherently but it’s worth spelling out. Lowered libido means it’s more difficult to get aroused. If you can’t get aroused then you’re certainly not going to have an orgasm.

If you’re experiencing this, the reason for the decrease in libido appears to stem from constantly having a steady amount of estrogen in your system. The female body is supposed to have hormonal ups and downs and when this cycle is circumvented, some women’s bodies don’t react well to it. For instance, during ovulation women almost always have more sexual desire than at other times of the month. The pill keeps that from happening.

Since the entire purpose of birth control for most women is to have sex but not babies this can be a real issue both for those in a relationship and out of one. What good is being on the pill if you don’t even want to have sex anymore?

2. You’re Suddenly Depressed or Anxious and You Weren’t Before

You were happy before the pill. Now you are not happy. You’re not alone. A 2005 study revealed that women taking oral contraception are far more likely to experience depression than their pill-less peers. While the non-pill using group experienced only a normal level of anxiety, those using birth control pills reported moderately severe levels of depression. The only difference between the two groups was the use of birth control pills.

It’s not a myth or a matter of it just affecting a small percentage of people. It’s common. As for birth control and SSRIs, that’s a whole different can of worms.

3. It Increases the Risk of Breast Cancer

While the pill has been shown to decrease the chance of ovarian cancer, colon cancer, and endometrial cancer (yay!), it’s been shown to increase the chances of breast cancer. Additionally, the American Cancer Society even identified hormone therapy in older women as the culprit for increased breast cancer and heart disease rates in women in 2002. This doesn’t directly correlate but it is interesting considering the study showing birth control does increase breast cancer risk.

4. It Increases Your Risk of Crohn’s Disease

Crohn’s Disease is terrible. Essentially, it results in your immune system attacking your intestines. Over time this can mean surgery to remove the affected intestines and, possibly, the use of a colostomy bag. So, you can understand why it would be concerning to know that women using oral contraceptives triple their chances of developing Crohn’s disease after using them for five plus years.

You also have to have a genetic predisposition towards the disease to develop it, the pill isn’t the only cause. But, if you’re on the pill and your relatives have this disease then it may be time to rethink your contraception method.

If you do then you’ll find that some oral contraceptives impede muscle growth to the tune of a 40% decrease in gains. Specifically, androgenic progestins in certain birth control pills were found to block the growth of muscle.

But maybe you don’t want to bulk up so who cares? Well, considering that building muscle is one of the best ways to stay trim or get trim, this is worth knowing instead of heaving away at the gym for six months and deciding it just doesn’t work.

Of course, just because you use the pill doesn’t mean that any of these things will happen. They’re side effects and as such your mileage may vary. Always speak to your doctor if you have concerns and if even just one person reads this and it helps them fix a problem they’re having then that’s great. It’s important to be informed. Otherwise, you can’t make the best decision for you.

Science Warns All Women On Birth Control: ‘You’re Going To Be Less Attractive’

30 Things About Vaginas Every Girl Should Know