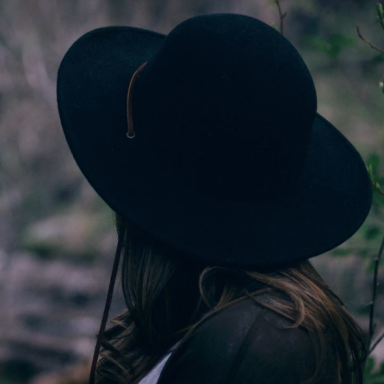 Your existence doesn’t make you better than everyone else.

It’s funny because Informed Pretentiousness is really sexy to me. I love a knowledgeable girl who is passionate about her interests. Met a girl recently who knew more about cheese than I knew existed. She was telling me why pre-shredded cheese is so bad, and I was swooning.

3. Being “weak and helpless”

Acting like being feminine is the same as being weak and helpless.

I was making out with a girl once about to do the deed and out of god damn no where she decides to bite my lip so hard that it tore the webbing behind my lip and it started bleeding. I’m all for playful biting, but this was too much too fast and it killed my boner.

5. Not brushing your teeth

Bad Breath. It can make a pretty woman difficult to be around.

Constantly taking selfies / extreme vanity. I one dated a girl who took about 200 pictures of herself a day. Nobody wants to see you that much, ya dick.

When my wife is really naggy or in an argumentative mood. Almost always afterwords she wants to have fun, but that completely turns me off.

Cruelty to anything is a turn off for me. I find that some women up their nose at kids, I understand not wanting to have them but jesus they asked you how you were. Reply to it! It’s just a kid!

9. Being proud of being stupid

Women ok with being stupid. I’m not saying you have to be a genius, but I have a thirst to learn things. I know some people who are content with just not knowing and it drives me up the wall.

Gummy smiles. I can’t stand looking at that shit.

Talking about another man’s penis=no more interaction with my penis.

Smokers, I can’t stand the smell of cigarettes. Same goes for weed, nothing against people that smoke, but I personally don’t enjoy that smell either.

Games and relationship tests. Specifically, purposefully withholding sex as a test of relationship strength. In my mind, there’s no clearer way for you to tell me you don’t trust me or care about me, and I don’t have time for that.

Also, any sort of “I thought you would fight for me!” breakup test.

Talking extra for no reason.

“I want to do this position with you”

“I want to do this position with you, it was my favorite one to do with an ex cause it hit the spot just right”

Shyness in bed. Where they proceed to just lay there and want to make you have sex with them rather then them do any work at all. It may be called star fishing but ive always called them logs.

Lower back tattoos. Can’t explain why but the second I see a girl with one I immediately lose all interest.

I’ve had a couple of exes who said “no” to everything I suggested that we do and then would talk shit about the suggestions.

If we did go out they’d pout about it and insist we leave as soon as possible, or get so drunk that I’d have to carry their assess out in twenty minutes.

They were dumbfounded when I wouldn’t want to have sex with them.

Inability to keep a good conversation going. I legit asked a girl that I matched on tinder once “what blows your mind when you learn more about it?” And she goes “idk” that’s no life I’d ever wanna live

About the only instant turn off that I can’t get over is smell. Automatic. Doesn’t matter how hot you are, if you smell nasty, nothing is happening for me.

The first sign of a woman being into any pseudo-science horse shit I immediately check out. Nothing screams instability more than a grown-ass woman who truly believes in astrology, anti-vaccine, alternative medicine, psychic mediums, crystals having magic fucking healing powers, etc.

Too many piercings. I guess I could live with one on the belly button, or a small one on the nose or something – but big hoops/rings and piercings in … other places (nipples, vag) make me cringe.