Also know as “The Casanova Killer”, Knowles was a serial strangler convicted of killing at least 18 people in 1974, despite his claims to have murdered at least 35 individuals. Impulsive and hotheaded, Knowles committed all of his murders within one year. In typical Aries fashion, Knowles demonstrated a lot of tenacity and drive in the beginning of his killing career, but grew too sloppy and overly emotional to have the ability to carry out his crimes without being caught. He was arrested after attempting to crash his car through a police blockade, was chased on foot, and then was apprehended by a civilian with a shotgun.

Leave it to a Taurus to go so over the top they create an actual Murder Castle. H. H. Holmes, sometimes referred to as “America’s First Serial Killer”, was a serial killer and con-artist in Chicago around the turn of the 19th Century. Overly ambitious, money hungry, and a bit on the dramatic side, Holmes would lure people into his murder castle (filled with secret passageways and hidden rooms) where they would never be heard from again and Holmes would attempt to collect their life insurance policies. Although he was only pinned to around 5 murders, many people suspect he actually killed closer to 200 people. 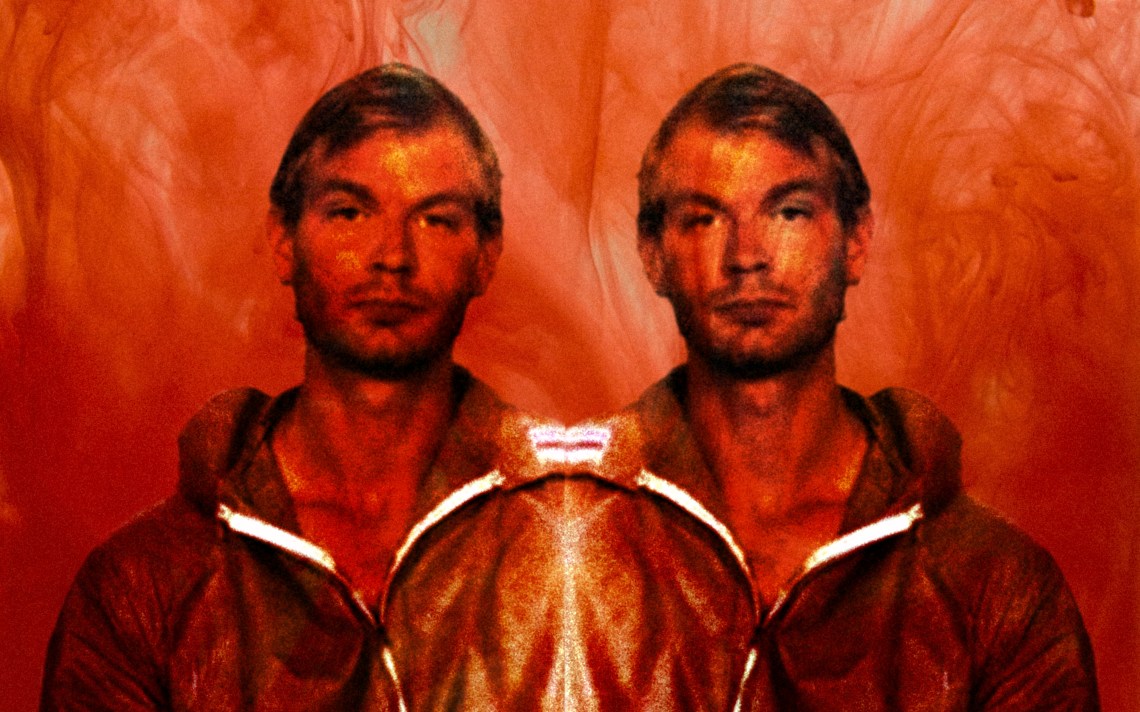 Jeffrey Dahmer was a serial killer who notoriously raped, murdered, and mutilated 17 men and boys from 1978 until his arrest in 1991. Dahmer was also a necrophile and cannibalized some of his victims, as well as preserved body parts and bones from the bodies of the young men who he murdered. Charming and personable, Dahmer was able to lure the young men back to his apartment and often convinced them to pose for photographs before the nightmare began. But the true shift in personality from a Gemini like Dahmer came in prison where he fully committed himself to Christianity and completely atoned for his crimes before being bludgeoned to death by another inmate. Pretty big personality shift from someone who kept an alter of body parts in their home as a shrine to themselves… 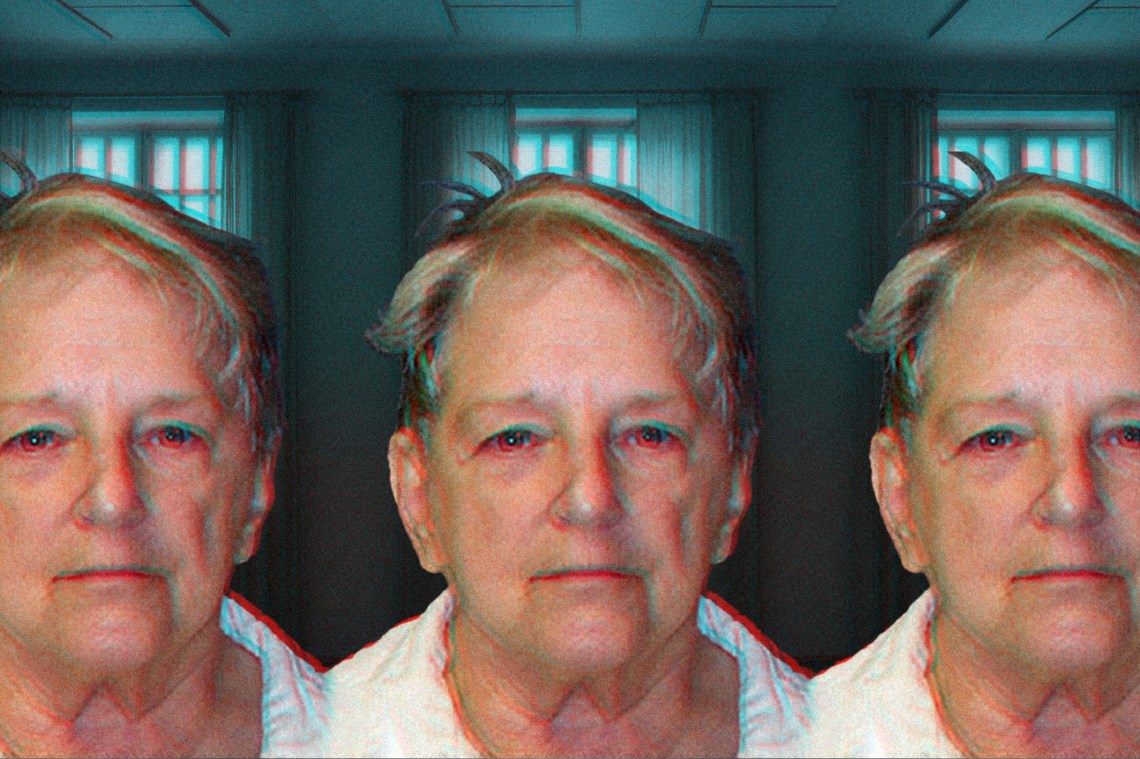 BiographyGenene Jones is a suspected serial killer thought to be responsible for the deaths of up to 60 infants while she was a licensed vocational nurse between the 1970s and 1980s. Cancers are known for their big hearts and wanting to take care of people, but Jones’ heroine complex took her to a murderous level. Jones would inject infants with lethal doses of succinylcholine in order to get them close to death with the intention of reviving them for praise and glory. After being convicted for the death of 15-month old Chelsea McClellan, she was sentenced to 99 years in prison.

Only a dramatic, attention seeking Leo would end up being someone known as “The Acid Bath Murderer.” John Haigh was a serial killer in England between 1943 and 1949. Haigh would bludgeon or shoot his victims before dousing their bodies in sulfuric acid in order to destroy the evidence. He would then cash in on their belongings by forging papers and selling what he could find for substantial amounts of money. But like Leos typically do, he became so excited about his sinister plan he misunderstood a key detail. Haigh believed that under corpus delicti if there was no body he couldn’t be convicted of a crime. This was not the case and there was enough evidence to sentence him to death by hanging in 1949. 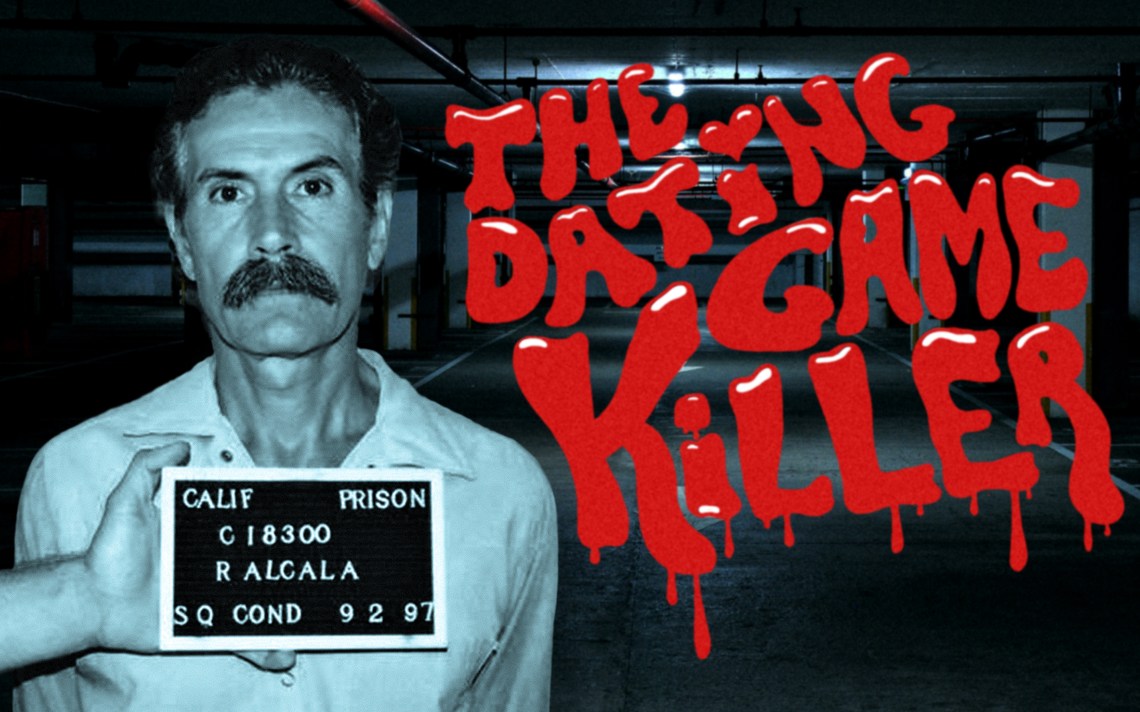 Known as a “killing machine” by many, it’s no surprise that someone as methodical, careful, and tactical of a killer like Rodney Alcala is a Virgo. Alcala would kidnap victims after luring them by promising to take their photograph and enjoyed “toying” with them before they died. He would strangle them to the brink of death only to revive them and torture them all over again. Alcala was convicted and sentenced to death for 5 murders, but new victims continue to be revealed while he has been on death row. Hundreds of photographs of naked men and women were found in a storage locker in Seattle, and many are believed to be victims of Alcala. Some believe Alcala was responsible for upwards of 130 murders.

Patrick Kearney, also known as “The Freeway Killer”, is an American serial killer who hunted young men in gay bars and along freeways in California in the 1970s. Kearney would shoot his victims before dismembering and mutilating their bodies, sometimes even beating the corpses as a way to “release his rage.” Libras often have trouble with saying no and with their self-control, and Kearney took this to the extreme with his inability to satiate or control his murderous and necrophilic urges. However, also like Libras, Kearney was eager to come clean when caught and immediately confessed to all of his crimes in order to avoid the death penalty. He is currently serving 21 life sentences at California State Prison, Mule Creek. 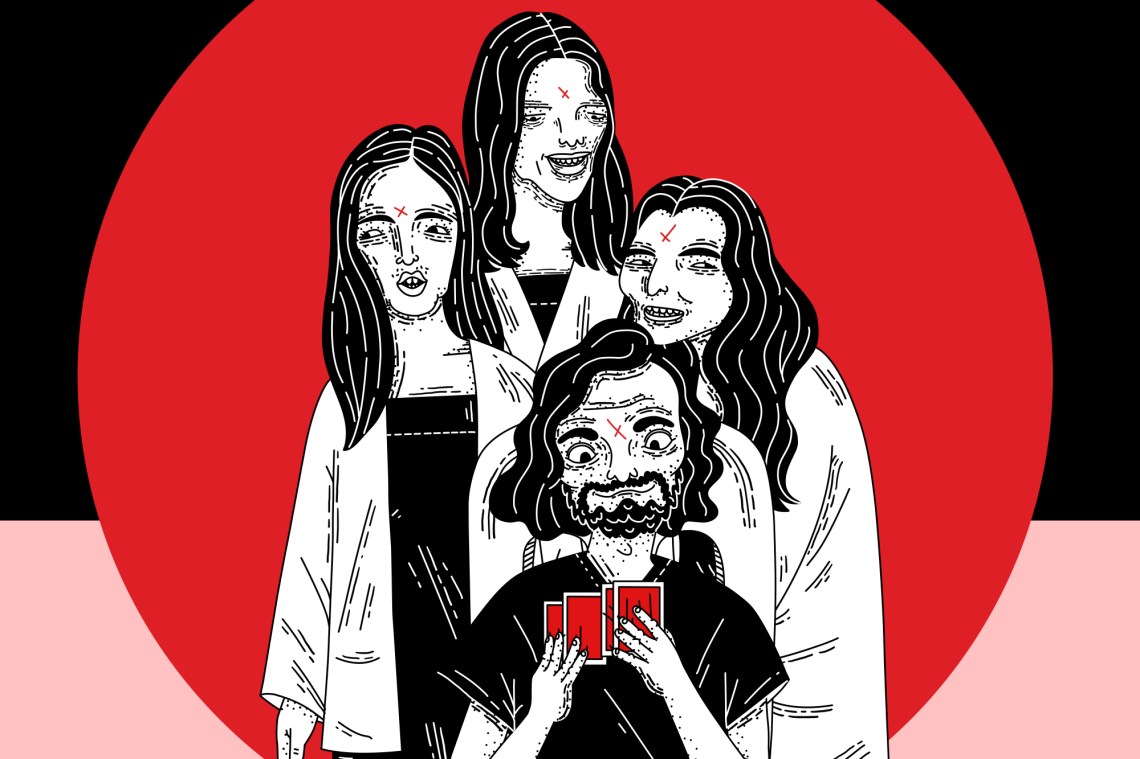 Charismatic, captivating, and ultimately completely self-serving and terrifying when crossed, it’s no shock that one of the most notorious cult-leaders, Charles Manson, is a Scorpio. Leader of the infamous Manson Family, Charles Manson lead his “family” around California in the 1960s, and eventually ordered several gruesome murders between July and August of 1969. Manson believed in what he coined “Helter Skelter” which would be an apocalyptic race war. He believed the murders would spark this war. Since 1989, Manson has been single cell-housed in the Protective Housing Unit at California State Prison, Corcoran. 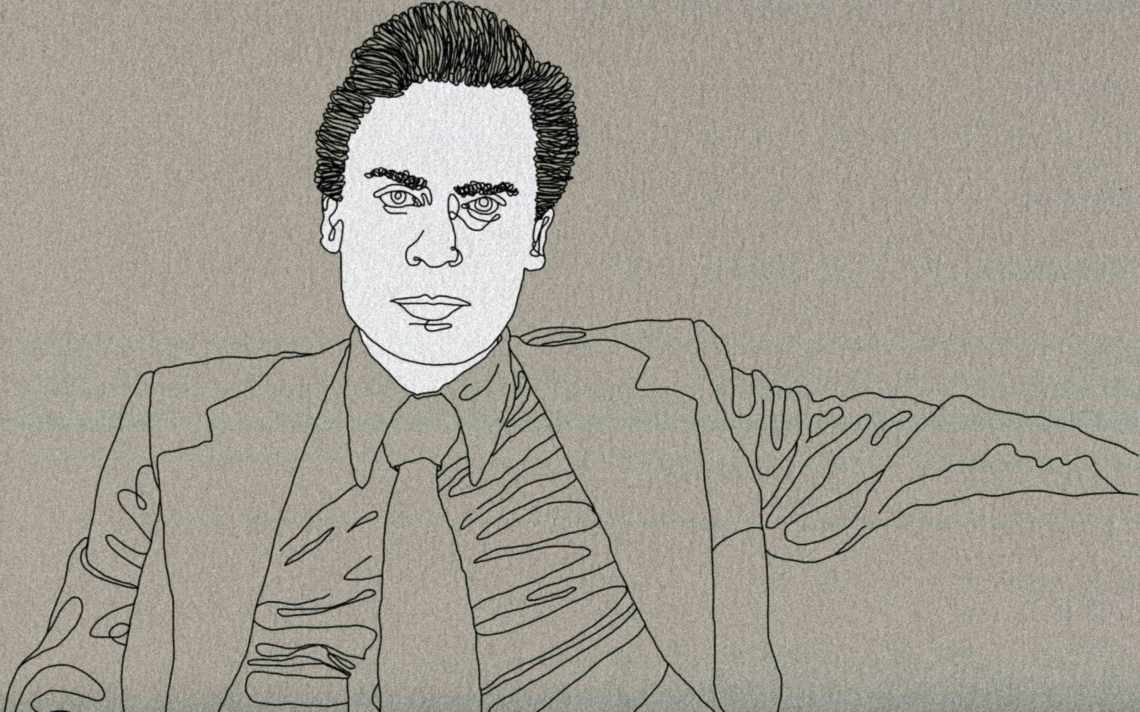 Arguably one of the most famous serial killers to have ever existed, Ted Bundy was a rapist, necrophile, burglar, and murderer known to have killed at least 20 people during the 1970s. That being said, like most Sagittarians Bundy was prolific and grandiose, so it’s heavily suspected that he murdered far more people than he ever copped to. Sagittarians are also incredibly unpredictable, which is evidenced in the fact that Bundy did not have simply one method of murder. If he wanted to kill someone, he would find a way to do it. After escaping prison twice (again, so Sagittarius of him to not go down without a fight), Bundy was eventually captured and convicted in Florida, where he was eventually executed by lethal injection.

Described as “the most arch-evil person who ever existed”, William Bonin was a serial killer who preyed on and murdered 21 young boys and men between 1979 and 1980 in Southern California. Expertly careful and practical like a true Capricorn, Bonin created a perfect murder/torture venue in the back of his Ford Econoline van. Bonin removed all of the inside handles from all of the doors aside from the driver’s side in order to minimize the chance one of his victims could escape, and would kill them inside of the van before dumping their bodies along various highways in California. The only reason Bonin was caught was because someone heard him raping and strangling a 17-year-old boy in the back of the van, which lead to his arrest. Bonin was the first person to be executed by lethal injection in California in 1996.

Detached, unpredictable, and incredibly secretive, Aquarians make the perfect serial killers. This is why it’s no surprise that someone who enjoyed literally hunting people was Aquarius Robert Hansen. Hansen would kidnap women and after raping them, set them loose in the Alaskan wilderness where he would hunt them down like animals. He’s known to have murdered 17 women, but is suspected of killing at least 30. As part of his plea bargain Hansen helped locate the bodies of other victims, and was eventually sentenced to 461 years in prison. 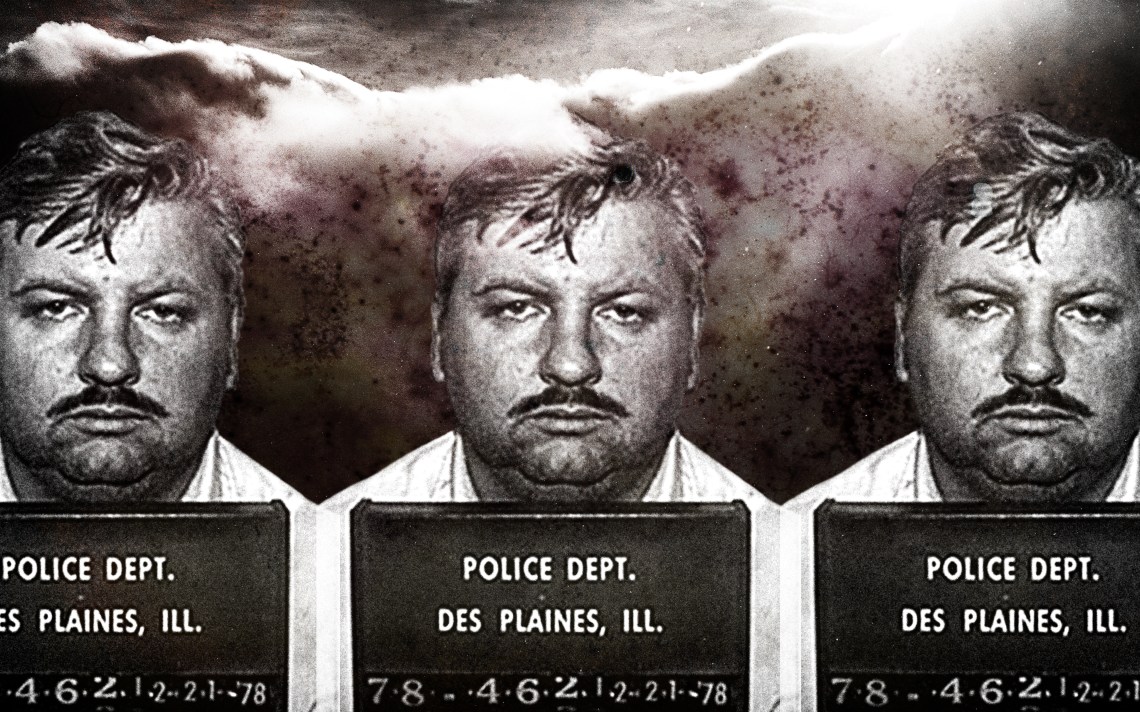 A Pisces is a natural dreamer and can get caught up in their own imagination, so it’s no surprise that Pogo the Clown aka: John Wayne Gacy ended up being the sinister side to this sign. Gacy raped, tortured, and murdered 33 young men and boys and buried many of them in the crawl space of his Norwood Park home. Like a highly emotional Pisces, when it was evident police were cornering in on him Gacy gave a rambling, drunken confession to his attorneys. Gacy remained on death row for 14 years before being executed in 1994.

Here’s What Kind Of Cold Blooded Killer You’d Be, Based On Your Zodiac Sign

What Kind Of Serial Killer You’d Be, Based On Your Zodiac Sign

Here’s Which Iconic Horror Movie Villain You Are, Based On Your Zodiac Sign