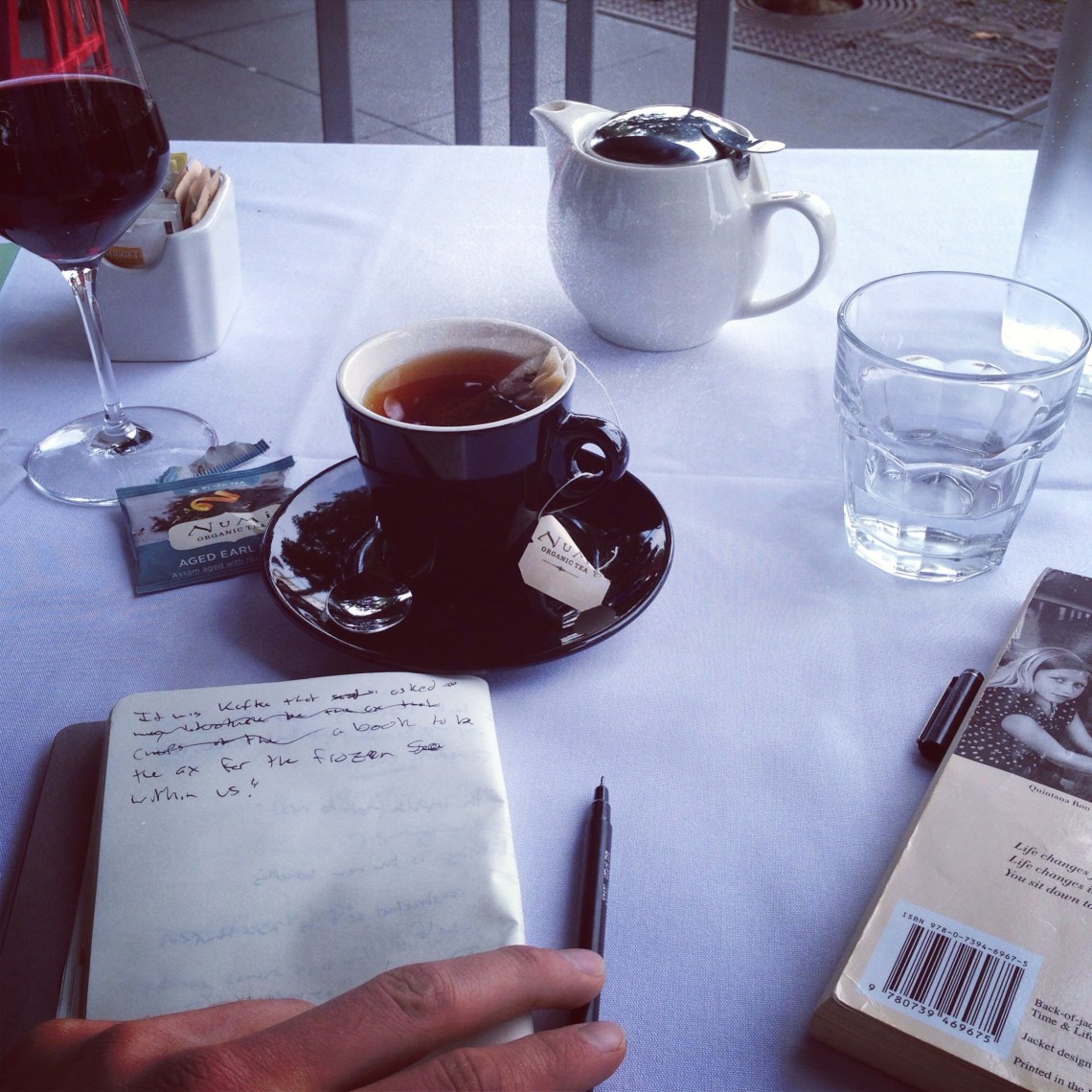 If you look at some of the most popular male poets in the writing community at the moment, you will most likely come across large accounts like r.h Sin, and Atticus. With hundreds of thousands of followers, best-selling poetry books, and a gaggle of fans consistently commenting on their writing as if they were all-knowing enigmas in the literary climate, you’d think that you’d be dealing with men who were speaking out on issues from their point of view — men you could respect, and look up to, for juxtaposing their privilege in the world with the kind of art that spoke for something, that stood out.

However, that is not what you will find.

Instead, the eerie similarity between all of these male poetry accounts, is the fact that they use the female experience to promote themselves. And though their writing seems to reach millions of people, day by day, when are we going to admit that these are not authentic pieces of work being gifted to the world, but rather, formulaic pieces of boy band prose meant to be marketed, and digested by the very population of women they are silencing?

Earlier in the year, one of these writers, r.h Sin, took a hiatus from Twitter because the writing community started to question the credibility of his work. How could someone, who has lived his whole life as a male, write from the female perspective? And when asked this, how could someone, who has become wealthy off of the female experience, completely denounce those same women when they try to educate him on how he has no right to speak on their behalf? Reuben was offended by the backlash. Instead of opening himself up to understanding, in a compassionate way, the reason why some women struggle with his platform, he instead reverted, in a stunning example of male fragility, to calling them “half-witted critics” and to diminishing their concerns. The women who have so eagerly inspired the work that has made him a player in the poetry community, are now, less great than him. Less credible. Less talented. Less. Only worthy enough to be walked on. Ignored. Discredited. 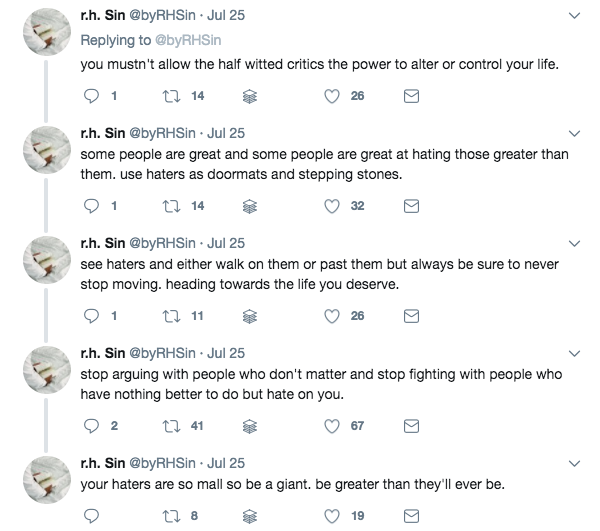 And herein lies another issue. Popular male poetry seems to not only speak on behalf of women, but it also sensationalizes their struggle. Women deal with oppression in many different ways. This is a concept that is coming to the forefront in every climate, whether that is political, educational, occupational, and so on. However, male writers are making money off of the prettiness of their existence.

“There is nothing prettier than a girl in love with every breath she takes.” — Atticus
“She wasn’t bored, just restless between adventures.” — Atticus
“Don’t forget to kiss her often.” — Atticus

Is this all women are meant to be? Listless, and beautiful? Eager to be loved, constantly in need of male affection? If you do not see an issue in those words, let me change them to represent a male.

“There is nothing prettier than a man in love with every breath he takes.” — Atticus
“He wasn’t bored, just restless between adventures.” — Atticus
“Don’t forget to kiss him often.” — Atticus

It feels cheap. It doesn’t resonate, and that is because males have not been illustrated in the media, and in the world for that matter, the same way women have. This is why Julia Roberts will get asked about her beauty routine during important interviews, but George Clooney will not. This is why Brie Larson gets asked about the dress she is wearing on a red carpet, and Leonardo DiCaprio gets asked about global warming, and the state of planetary affairs. When you flip the role, when you change the words to reflect the men who are writing them, suddenly the writing itself doesn’t seem so beautiful. Suddenly, you see it for what it is, and that is why you will never see this scrawled across Atticus’ Instagram feed, or r.h Sin’s Facebook page — because they themselves know that such words are less than marketable.

As a female writer, who is simply just trying to represent my own human experience through my writing, I will not apologize for speaking out against this. I am not afraid of any male with a larger following trying to vilify, discredit, or denounce me. I am not afraid. If there is one thing I have learned about writing in the last few years, it is that people do not want to be told how they feel. They simply just want to represented. So here I am, as a female writer, who lives in this world as a woman, who lives in a world that does not pay her the same as males, who lives in a world where I am statistically not safe from predatory behavior, I am trying to represent other women. I do not need a male to do so.

So please, male poets — stop trying to do so. My voice is loud enough. Let me speak.

Forget The ‘Good Feminist’, We’re Living In The Era Of The ‘Sad Girl’