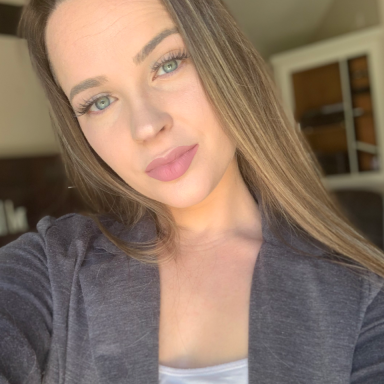 Being from Florida, I thought it was fitting to research Ted Bundy, our very well known American serial killer. These are just 15 facts about Ted Bundy that I found the most bone chilling. The stories seem almost never-ending. He was a master manipulator and very charming. It was almost as if he had no personality at all – only the ability to show people what they wanted to see in order to get what he wanted from them.

1. In the early 1970s, Bundy worked for a suicide hotline in Seattle. His coworkers, including author Ann Rule, remember him as a skilled volunteer who helped ease troubled callers and saved lives. Talk about irony.

2. Bundy confessed to 30, (yes 30), homicides committed in seven different states between 1974 and 1978. However, the possibility of a higher victim count is plausible.

3. Bundy was uncertain of who is father was. (Maybe that caused some issues for him) His mother was Louis Cowell.

4. The Cowells were devout Methodists and they were ashamed and embarrassed when they found out that Louise was pregnant outside of wedlock. So, they sent her away to a home for unwed mothers in Vermont so that she could give birth in secret. A few months later, Louise returned to her family in Philadelphia. Her father, Sam Cowell, traveled to the home for unwed mothers to retrieve baby Ted. He and his wife pretended that they had adopted Ted from an orphanage. Ted grew up thinking that Louise was his sister and not his mother. Eventually, Ted found out the truth, but no one knows for sure how old he was when he learned his family secret.

5. The man who was assigned on Bundy’s birth certificate as his father, Lloyd Marshall, was a salesman and Air Force Veteran. However, Bundy’s mother made claims that she had been seduced by a sailor named Jack Worthington, but after investigations were made; there was no record of anyone by that name in Navy and Marine Archives. What’s the truth? We will never know.

6. But if you think THAT’S insane, get this: there have been claims made by Bundy’s family that Bundy might have been fathered by his mother’s abusive father, Samuel Cowell. Of course, those are only claims, and there is nothing to support this or prove it wrong.

7. Other accounts of Ted’s childhood are forbidding. One relative described Ted’s grandfather as a maniac with an explosive temper. He was a church deacon who was accused of being obsessed with pornography, and is rumored to have owned a large collection of it. It is believed that Ted was exposed to his grandfather’s collection of pornography as a young child, which some believe may have sparked his utter fascination and preoccupation with pornography and violent sex, Whether Ted was sexually molested as a child is unknown, though it has been rumored.

8. How old was he when he began killing? No one knows. There is some evidence suggests that he abducted and killed 8-year-old Ann Marie Burr of Tacoma in 1961 when he was 14, an allegation he denied repeatedly. However, there is a bone chilling story about Ted, while he was staying with one of his aunts. That while she was sleeping, he placed several butcher knives under the covers in the bed next to her. When she woke up and discovered the knives, young Ted could not stop laughing.

9. Believe it or not Bundy attended College and studied Chinese, but dropped out nearly 2 years later and began working minimum wage jobs.

10. During Bundy’s time at college in 1967, he became romantically involved with Stephanie Brooks, but she ended their relationship due to his “lack of ambition” and “immaturity. All of Bundy’s victims are believed to look similar to Stephanie, as they all were white females between the age of 15 to 25, were college students and mostly from middle-class backgrounds. They also had long, straight dark brown hair with a part in the middle, just like Stephanie.

11. Ted Bundy is thought to have decapitated 12 of his victims, and would often keep some of the severed heads in his apartment for a long period of time.

12. Ted Bundy believed the motive behind most of his killings was due to an intense fascination with pornography, and claimed that every serial killer he has ever met had also shared the same problem. (Maybe the claims about his grandfather are true?) He claims that he may never have committed the horrific crimes if it wasn’t for his absorption in pornography. He sometimes revisited his secondary crime scenes for hours at a time, grooming and performing sexual acts with the decomposing corpses until putrefaction and destruction by wild animals made further interaction impossible. (I know, pretty disgusting)

14. Bundy faced murder charges in Colorado, he escaped prison and committed further assaults, including three murders, before his ultimate recapture in Florida in 1978 where he received three death sentences in two separate trials for the Florida homicides.

15. During his trial, many women became interested and infatuated with Bundy, as if they were his fans. Bundy would wind up marrying a woman he met while he was incarcerated, Carol Ann Boone, with whom he fathered a daughter. Ted’s daughter, reportedly named Rose, has changed her name and lived a life hidden from the public eye.

Writing my wrongs, healing my heart, and nourishing my soul.