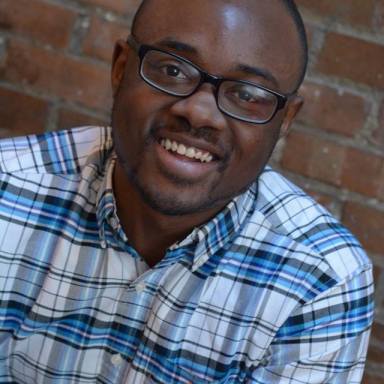 By Ayodeji Awosika Updated September 14, 2021
Twenty20 / vegasworld
“The chains of habit are too light to be felt until they’re too heavy to be broken.” – Warren Buffet.

Are your habits ruining your chances of a bright future?

Success and failure are both a result of a gradual process. The habits you develop over time cement themselves. Your circumstances act as a mirror of your actions. Your actions are determined by your habits.

Today I’m going to share some negative habits that will kill your chances of living the life of your dreams. If you’re exhibiting any of these, it’s time to reevaluate your actions and make steps towards changing them.

“You pile up enough tomorrows, and you find you’ll be left with nothing but a lot of empty yesterdays.”

I spent about 5 years considering whether or not I should be a writer. Had I started then I’d be well on my way to mastery by now. A year from now, you may had wish you started today. The type of procrastination I’m talking about doesn’t have to do with chores or running errands.

The most dangerous type of procrastination is putting off the actions leading you to your destiny. There’s that “thing,” you really want to do — write, start a business, become a dancer, whatever — but you keep putting it off. It’s always nagging you, pulling at you, trying to fight its way out of the back of your mind. If you continue to put it off, eventually the pulling will stop. Your dream will give up on you.

It’s not your employers fault you don’t make enough money. You chose to work there. It’s not the economy either. It’s not your parents’ fault. Everybody’s parents screwed them up a little bit. It’s not X Y or Z. It’s you. You will never be successful until you take responsibility for your life.

“Great minds discuss ideas. Average minds discuss events. Small minds discuss people.” You shouldn’t waste your breath, energy, and time commenting on what other people are doing with their  life. If you were even half as concerned with your own life as you are talking about others you would be wildly successful. Successful people praise one another and collaborate with each other. Nothing good comes from trying to tear others down. Gossiping is a sign of two dream killing emotions: envy and insecurity.

One of the most difficult things to do is admit you’re not working hard enough. It’s on you. Your excuses may be valid and justifiable, but then what? Are you just going to give up? If you start off behind everyone else in the race you’re just going to have to run faster. Successful people are clear about the role they play in their lives. Nobody has the power to change your situation except for you.

You act in accordance with the way you identify yourself. If you define yourself as a lazy person you’ll never work hard. If you believe you’re stupid you won’t unlock the genius inside of you. Be careful how you describe yourself. It seems subtle, but the way you talk about yourself shapes the way you actually behave. Act like the person you want to become. Fake it til you make it. When you start to act like a successful person, reality will catch up to your beliefs.

Whining, crying, bitching, moaning, groaning. Complaining kills dreams with an assassin-like efficiency. You complain about the weather, your job, your partner, your kids; you complain about everything. Shut up. Stop it. Cut it out. Knock it off. Don’t cry about your life, do something about it.

People in the self-help arena get some flack because we’re portraying a life that seems “unrealistic.” You might say to yourself, “I’m grateful for what I have. I don’t need a lot of money. I’m perfectly fine with my situation.” Maybe some of you are truly “zen,” and you’re satisfied with your life. But for most of you, I’m calling bullshit.

Are you really grateful for what you have? Or are you hiding behind the guise of gratitude? True contentment is one thing — rationalizing your situation is another. Waking up and going to a job you hate everyday isn’t okay. Spending the majority of your life doing things you don’t want to do isn’t okay. Face the facts. You want more and you know it. You can do better and you know it. Don’t run from it.

I’m not saying you have to spend each of your 1440 minutes per day in a focused, unrelenting state of hard work, but you should be mindful of the time you’re spending on certain activities each day. I like binge watching T.V. just as much as the next person (I just finished watching “Making a Murderer.”), but I still carve out time each day to make progress towards my ultimate goals. Is there a certain amount of time you can commit to each day? Even 30 minutes to an hour is a good start.

You’re only a failure when you give up. If you’ve found something you believe you were put on this earth to do, you owe it to yourself to stick with it. The things you’re trying to accomplish may take years or even decades, but if it’s your calling it’s worth the wait.