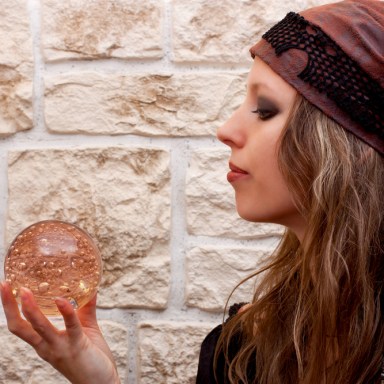 Before anyone completely bashes me for talking shit about Cancer let me explain. Cancer guys can be great. Cancer guys can make great boyfriends, just like any other zodiac sign, of course. While I could write all day long about their positive traits I think it’s important to know about their well-known down sides too. I’m not singling out Cancer men. Let’s be honest – every sign has a dark side and I’ll be writing more and exploring those topics on TC. And it’s important to note someone’s personality will not be influenced solely by their sun sign but by their entire birth chart. Now that that’s cleared up let’s discuss Cancer men’s major flaws.

They can be an emotional rollercoaster.

One minute he’s perfectly content doing whatever, the next minute he’s in a shitty mood and passively-aggressively taking it out on you. Since Cancer is a feminine moon sign this makes Cancer men more affected by the moon and thus turned into a sappy, dreamy, moody mess on a regular basis. Cancer men are cry babies and probably the most bipolar of the entire zodiac.

To love him is to love his mother.

He loves his mother, there’s no doubting that, but the problem is that you’ll always come second to her. She is the one true queen in his life and you’ll never be able to compare to her. He has unusually close ties with her and will always go to her before making any big decisions. You love that he’s close with his mom but damn, dude, ever heard of boundaries? The only way to understand him is to understand his mother. If she doesn’t like you forget ever developing a long-term relationship with this guy. To get in good with him you’ll have to first get in good with his mother.

They can be manipulative.

Cancer men have a reputation for being extremely manipulative. Often they’ll use subtle tactics, hints, and guilt trips to get their way in a quiet and diplomatic way without the other person realizing what’s going on at the time.

They can be ridiculously clingy.

Cancer is a sign of fertile imagination and deep emotional needs. If he had a rough childhood he’s even more in search of that perfect, nurturing mother figure to take care of him. He needs his moods and anxieties to be understood and if they’re not then he will retreat to his shell and come back out when he feels safe.

You never really feel like you know his true self.

He can be sulky and depressed one minute then entirely sentimental, happy, or extroverted in the next. He needs a strong partner who can deal with his various sides and complexity. You never know what will trigger his moods and his evasiveness and habit of being indirect makes you question if you ever really know him.

Cancer is all about needing emotional security and trust in a relationship, like all of us of course, but they take it to another level. If he feels as though he can’t trust you or if he’s just an insecure dude in general than his possessive and jealous side is going to come out in a major way. He’ll make snide comments about what you’re wearing and ask you questions about what you’re doing and who you’re with that can rival the time of being a teenager under your parents’ roof.

Have you dated a Cancer guy? Did he portray these signs? Let me hear about your experiences.