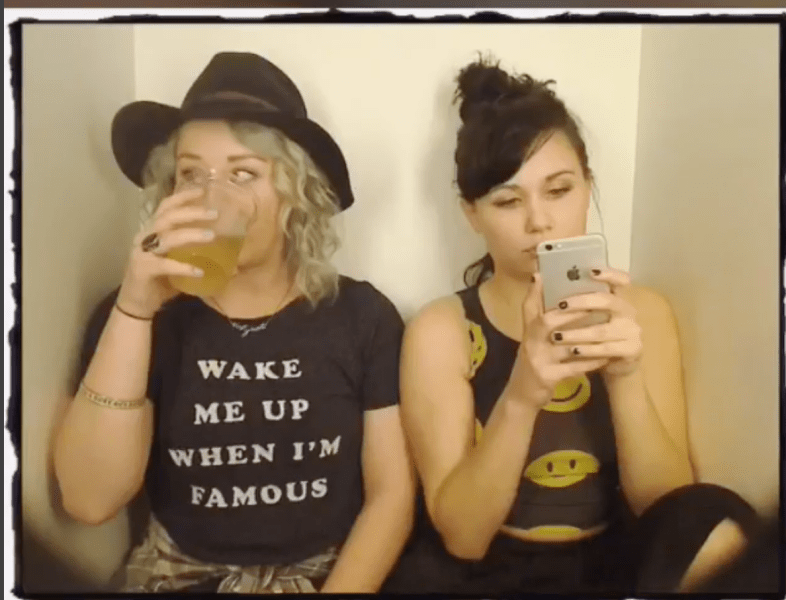 She always has snacks and keeps tabs on everyone’s water intake. If you ever lose her, she’s probably comforting a crying stranger in line for the bathroom. She makes sure everyone gets home safely and has no qualms about asking a dude for his address and mother’s maiden name before he’s allowed to take her friend home in an Uber.

She’s the reason everyone is out drinking in the first place. She’s usually the one who handles her liquor the best (from practice) and she’s often found urging everyone to have just one (four) more drink(s).

3. The One Who Always Texts Her Ex

Having just gotten out of a relationship, she’s still terribly heartbroken but is putting on a brave face. She’s definitely not in the best “going out” state of mind, but keeps it together…until the booze hits. As soon as the liquid courage sets in, she’s got her fingers glued to her cell phone sending texts she’s sure to regret in the morning.

Giving ABBA’s Dancing Queen a literal meaning, she somehow manages to find a dance floor even when there isn’t a dance floor.

The Philosopher can usually be seen sipping a whiskey neat and analyzing everyone’s choices. Be warned, if The Philosopher ever corners you she will attempt to play therapist and figure out where your issue with authority stemmed from. Do yourself a favor and run far away if she starts talking about Ayn Rand.

This is SO not her scene, but tired of feeling like a buzzkill, she indulged her friends. She’d much rather be at home in sweatpants watching The Office for the 1823748932th time on Netflix, but alas, here she is. Just don’t expect her to be the life of the party. She’s giving you as much as you possibly can. Be grateful she left the house.

She’s the firecracker that everyone is hoping doesn’t accidentally set off. She will go all Jersey Shore smack down on your ass if you look at her incorrectly. Keep an eye out for this one.

Honey, yes you are. That’s why you’re shouting at us right now.

Homegirl is always starving. By her second drink, she’s already talking about what kind of pizza she plans to order when everyone is done for the night.

She isn’t just thirsty, she’s full on dehydrated. She will disappear from the group at some point and remerge with a make out buddy.

Under the false impression alcohol turns her into Nicki Minaj, you can find this one loudly rapping along to every song played. Fully convinced she’s nailing it, she’ll make sure she gets her performance on Snapchat too…that is until she sees it the next day and hears she’s much more Iggy than Nicki. Ouch.

She loves everyone. Everyone is her best friend in the whole world and she’s just so happy. Strangers aren’t strangers, they’re just new BFFs. “Can I tell you something? I love you so much” is her anthem. Everyone could use a good dose of The BFF and her Santa Claus level joy. Ho, ho, ho, bitches. L’chaim.

This Is What Type Of Drunk Friend You Are, Based On Your Zodiac Sign

Read This If You Have Just Lost A Friend

82 Generic White Girls You Definitely Went To College With